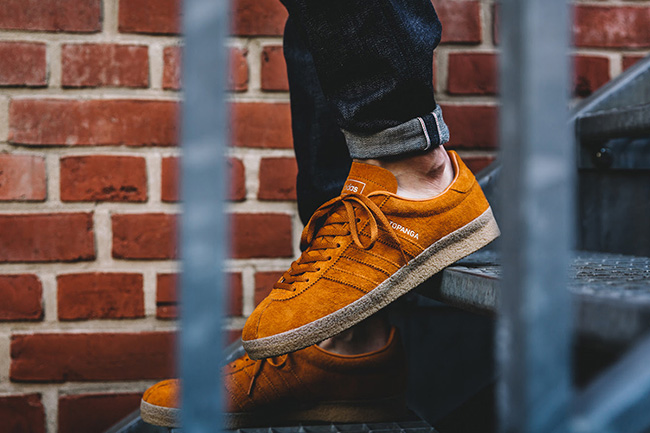 This one time popular retro model was originally known as the California which comes with Deep Orange known as Craft Ochre. Looking closer at this adidas Topanga, they feature the hue of Orange across the uppers, Three Stripes and tongue while constructed with suede. Following is leather which runs across the liner. Metallic is seen on the Topanga branding on the side and adidas on the tongue. Finishing the look is Gum through the midsole that runs through the outsole.

Below you can see more images of the adidas Topanga Craft Ochre which will show you how they look on feet. They are available now at select adidas Originals retailers which includes Overkill. Retail price is set at €99.95 which comes out to be about $110 USD. 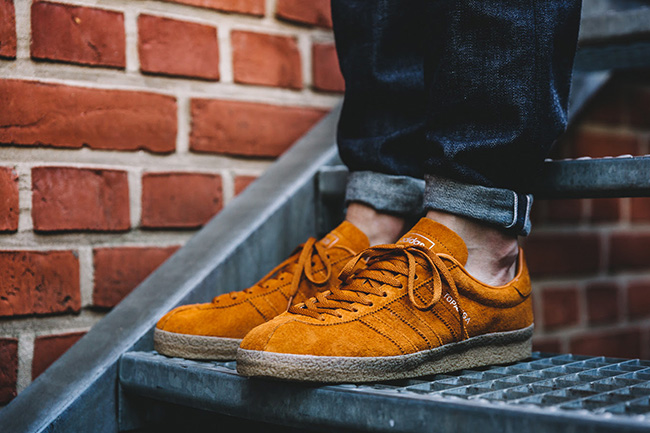 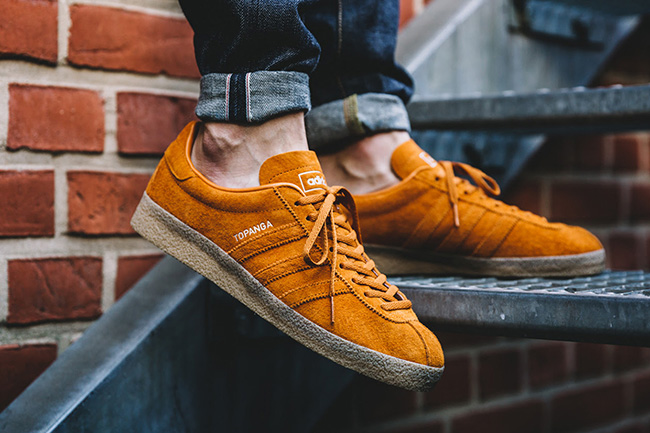