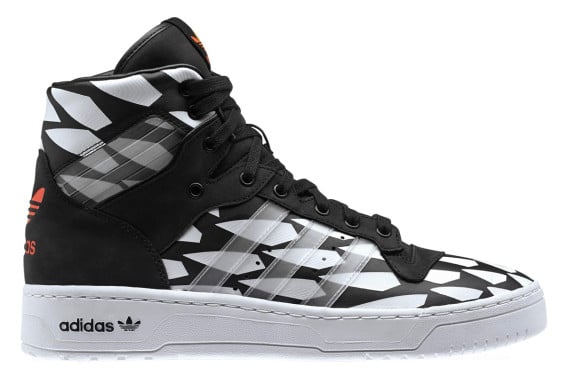 We’ve gotten some extra looks at the entire upcoming “Battle Pack” from adidas Originals, and we’re finally getting to check out some views of the only high top sneaker model in the bunch. Along with the Stan Smith, ZX 5000 RSPN and Samba Super, the Rivalry Hi makes an appearance, in the unifying black and white color scheme.

The adidas Originals Rivalry Hi takes the field in a white polygon-filled black leather upper with clear overlays and orange accents. The unique shape of the polygons on the uppers loosely resemble feathers, giving a swift-like appeal. The three stripes that vaguely appear on the midfoot are translucent, matching the clear panels that sit just above the black overlays, near the ankle collar. Accents of orange are provided by the branding that shows up on the rear, heel guard and tongue branding.

These Rivalry His pack a hip-hop feel and were inspired by the same hype and excitement building up to the World Cup, as the other shoes in the “Battle Pack.” If you want to secure your pair of “Battle Pack” shoes, go ahead a reserve yours with the currently open pre-ordering of the collection set to drop May 22nd, in the adidas store. 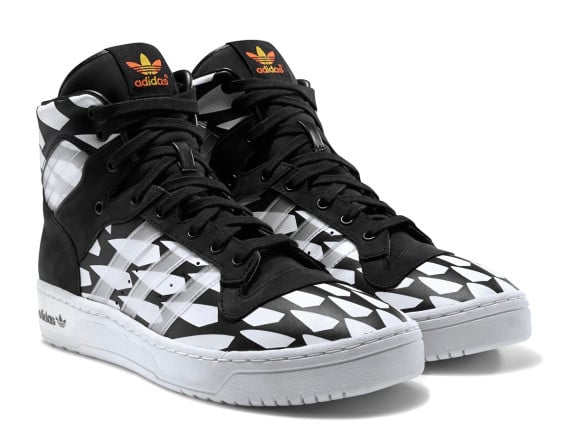 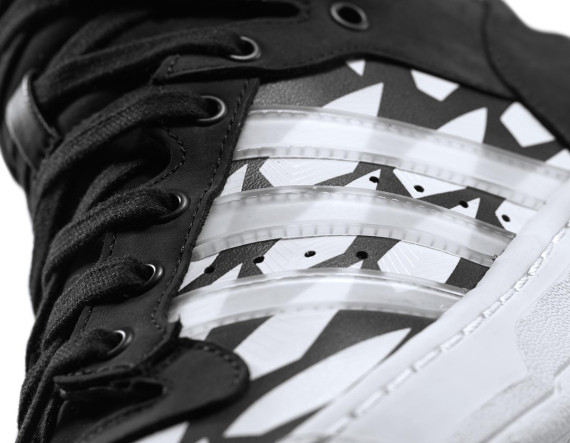 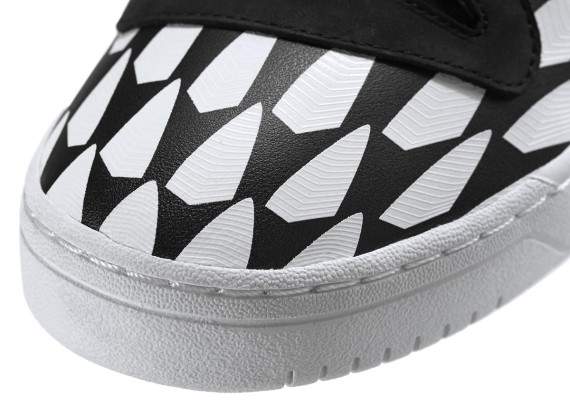 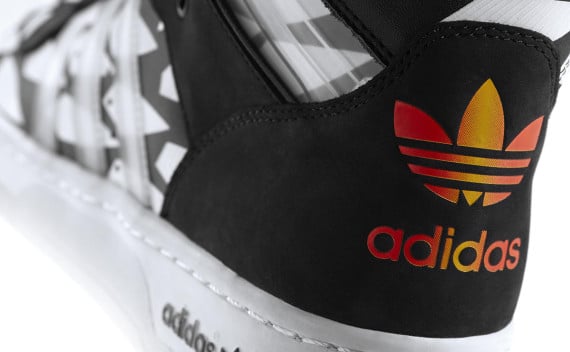 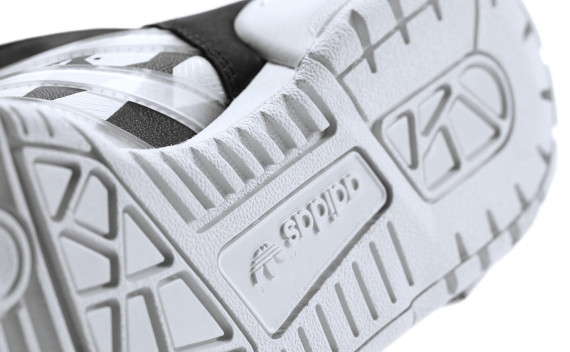