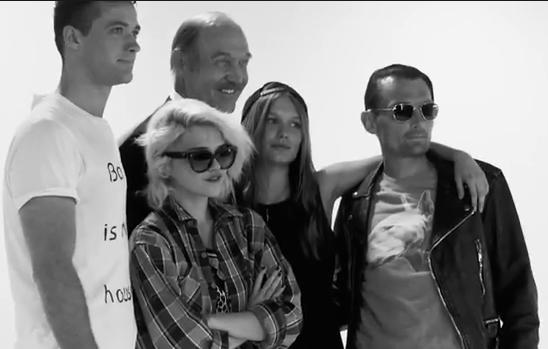 Back like it never left, adidas Originals relaunches the adidas Stan Smith shoe with none other than Stan Smith himself.

As many weren’t around to see the legend grace the tennis courts back in early ’70s, Adidas makes an honest attempt to relive history with this iconic silhouette. Recognized as the first leather tennis shoe ever made, here’s what Adidas had to say in their press release:

adidas Originals is bringing back the sneaker named after tennis legend Stan Smith. In the 1970s, Stan Smith won Grand Slams in both singles and doubles tours and played so hard and burned up so many courts adidas decided to name a pair of trainers after him.

First launched in the 1970s, the Stan Smith sneaker continues to be one of our most popular styles to date—proving hard work and great design never go out of style. Stan continues to be named among the greatest tennis players of all time and is co-owner of the Smith Stearns Tennis Academy in South Carolina.

Be apart of history by purchasing the adidas Stan Smith shoe for $75 through all adidas Originals stores or online at adidas.com/stansmith today.