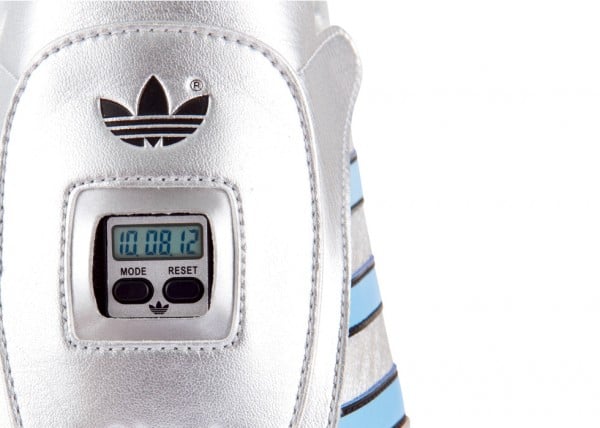 Originally introduced in the mid ’80s, adidas Originals is set to resurrect the Micropacer for a release this weekend at retailers like size? in the UK.

When adidas first debuted the Micropacer in 1984 it was seen as a massive technological advance in the world of running shoes. The bold/eye-catching design and use of metallic silver leather instantly set it apart from the competition, but it was in the tongue of the left shoe where the Micropacer really showcased its point of difference. Concealed in the lace cover and linked to a movement-activated sensor in the sole unit was a small LCD microcomputer designed to record distance covered, average pace/time & calorie expenditure. Further addressing the unique requirements of runners, adidas also included variable density coloured panels in the sole of the Micro Pacer to help reduce the risk of sprains by ensuring maximum shock-absorption to the high-impact areas of the foot.

At the time the high-tech Micropacer was groundbreaking and where a number of other brands had tried and failed adidas succeeded in integrated computer technology into footwear, successfully blowing away the competition.

Reissued only a handful of times in its original, most sought-after format over the last 28 years, the Micropacer makes a welcome return for 2012 alongside the met gold/poppy/black Micropacer NL (nylon) as Worldwide exclusives to size? as part of our Adi’s Archive collaboration series with adidas Originals this Friday, 10th August. 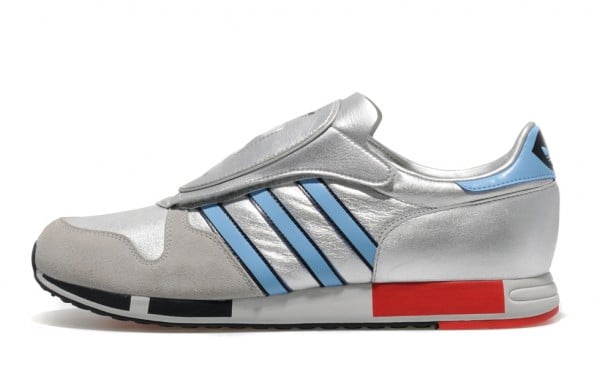 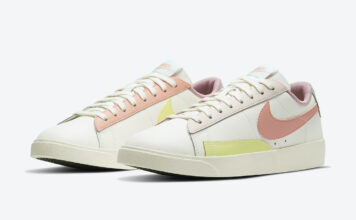