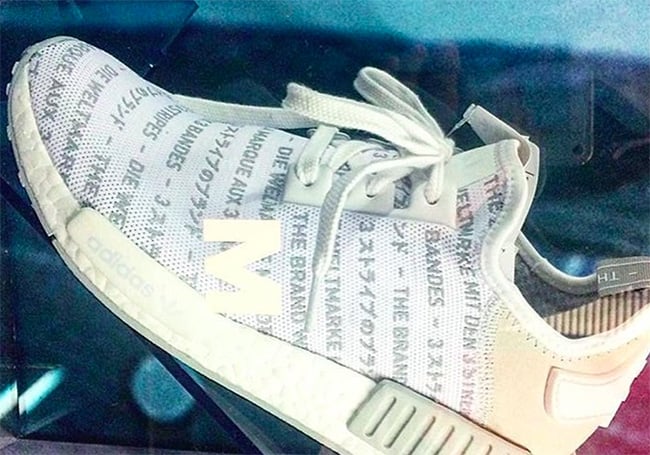 The adidas NMD ‘Three Stripes’ is different from any NMD we have seen so far. This will mark the first release to feature text through the uppers.

As you can see, this NMD features ‘The Brand With Three Stripes’ written throughout the uppers while even in a few different languages. Featuring predominate White throughout, hits of Cream wrap the heel and is completed with a White Boost midsole.

While we have a preview of the ‘Three Stripes’ adidas NMD, it isn’t clear yet if this is a friends and family release or they will be available to the general public. Below is another image of the latest NMD to leak. We will make sure to update you once additional details become available. What do you think of text landing on the uppers on the NMD and do you think adidas should release this pair? 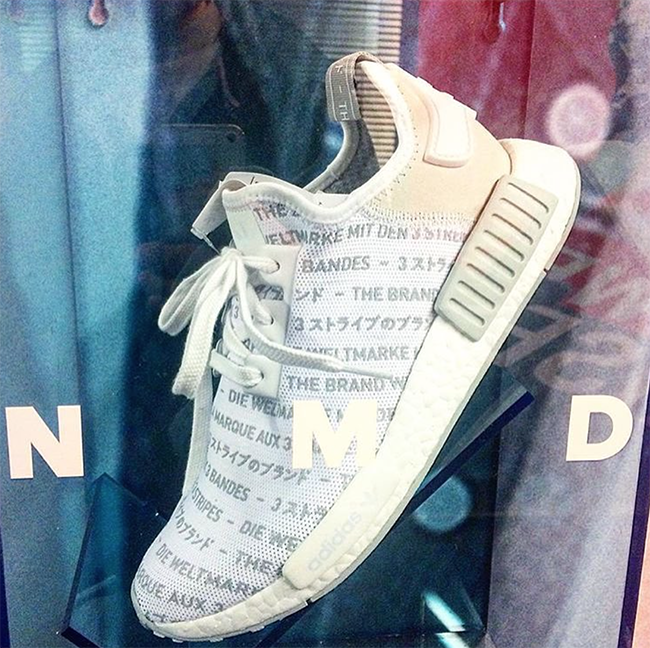