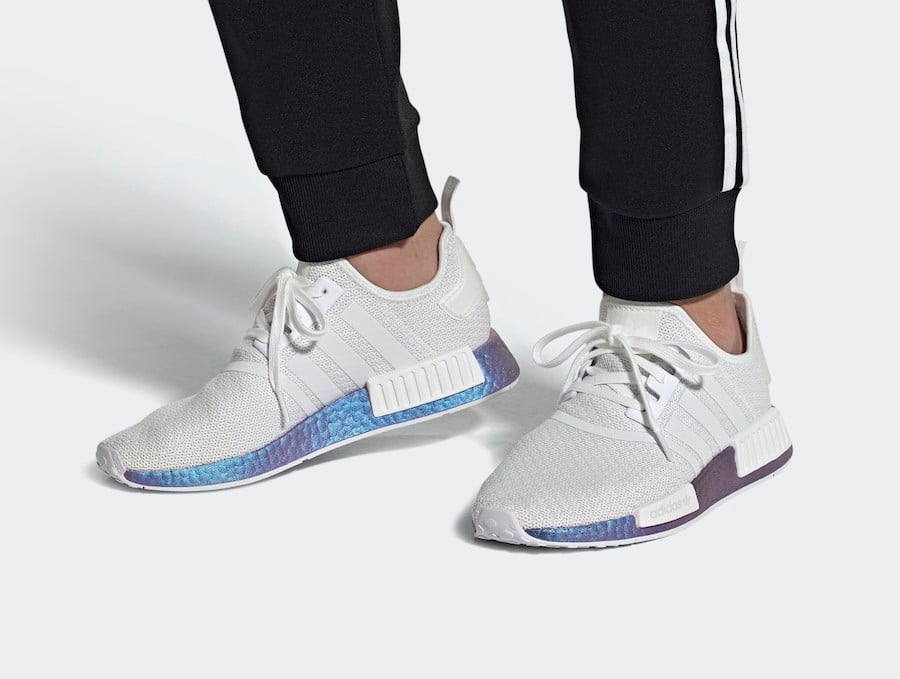 adidas Originals will have a new wave of NMD R1 releases for the month of April which includes an interesting take on the Boost midsole.

Looking closer this variation of the adidas NMD comes dressed in a Silver Metallic and Cloud White color combination. Using a White knitted upper along with tonal branding. White is also seen on the heel tab, EVA pod overlays and rubber outsole. Sticking out the most is Iridescent Blue on the Boost midsole.

You can expect the adidas NMD R1 ‘Iridescent Boost’ which will give you a closer look. For those that want to purchase, they will release at select retailers including adidas.com on April 1st. Retail price is set at $130. 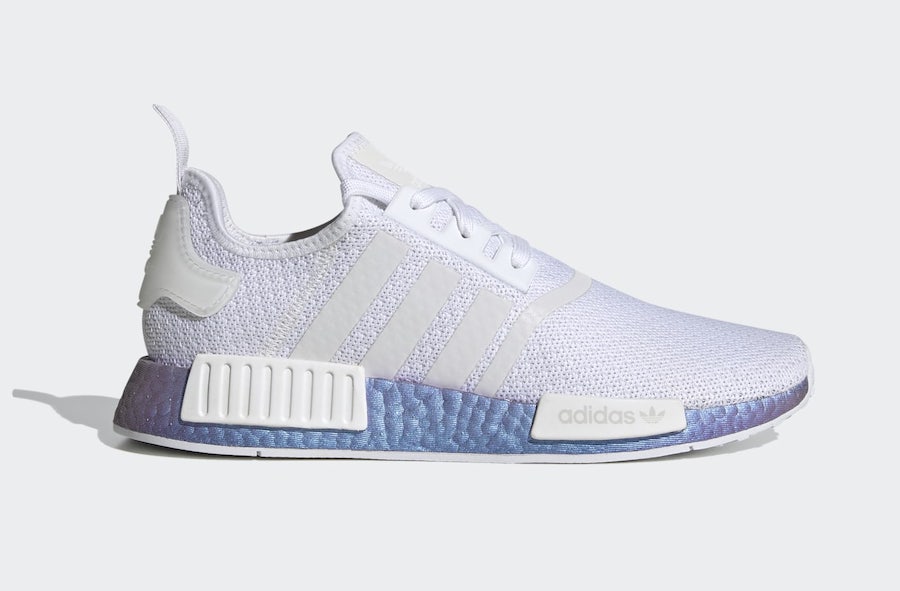 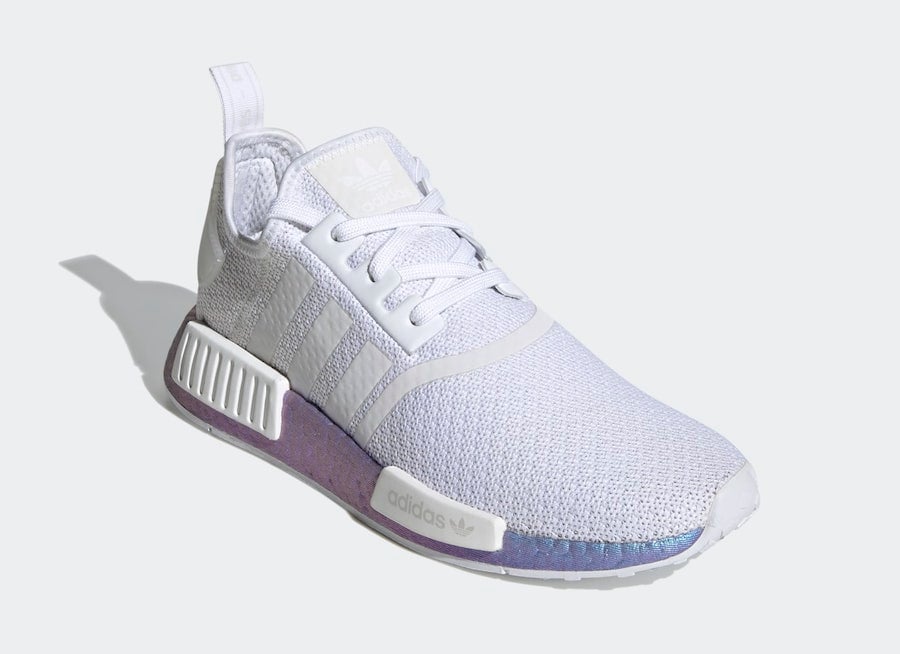 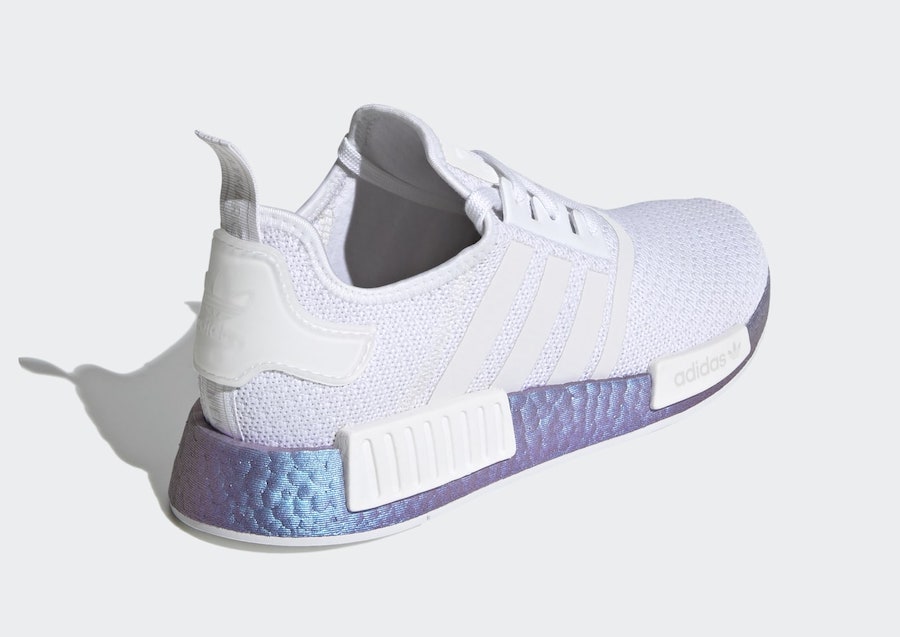 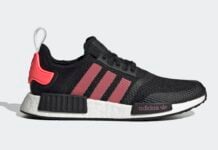 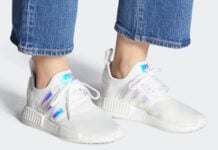 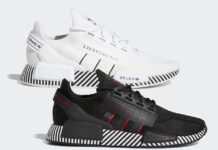 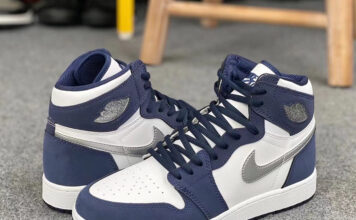