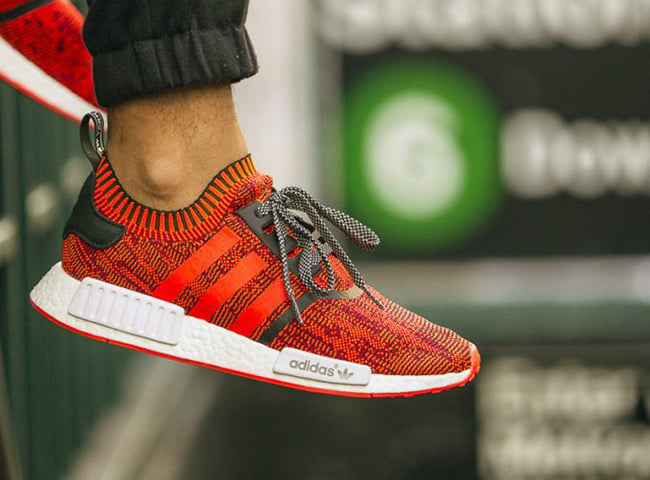 adidas Originals new flagship store located on Spring Street in New York City will have a special launch of the adidas NMD. Shown is the adidas NMD PK ‘Red Apple’ which will be limited.

Using an all-over knit construction as a base, the release develops the adidas NMD blueprint with a vibrant red camo upper, while the NMD’s signature TPU heel tab reads ‘NEW YORK’ instead of the customary ‘brand with three stripes’. Embroidery on the sockliner of each right shoe is numbered 001 to 200 while the left sockliner is embroidered with 200 – the total number of pairs available.

As part of the new store launch, a New York City specific colorway of the coveted NMD style will be available for purchase through the adidas Confirmed APP beginning August 15, reservations will be open to all 5 boroughs: Manhattan, Brooklyn, Queens, Staten Island and the Bronx. Upon purchase, customers will be invited to pick up pairs of their reserved shoe at the new adidas Originals Flagship.

The Red Apple adidas NMD R1 PK will release on August 15th, 2016 for a retail price of $170. You will only be able to purchase through the adidas Confirmed APP and will be limited to 200 pairs. Check out a detailed look below. 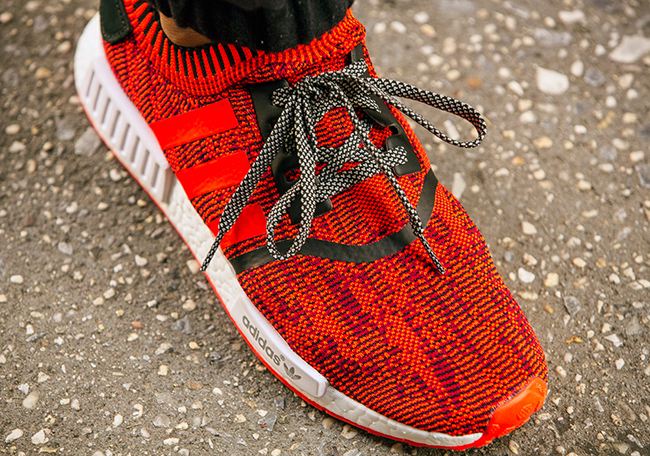 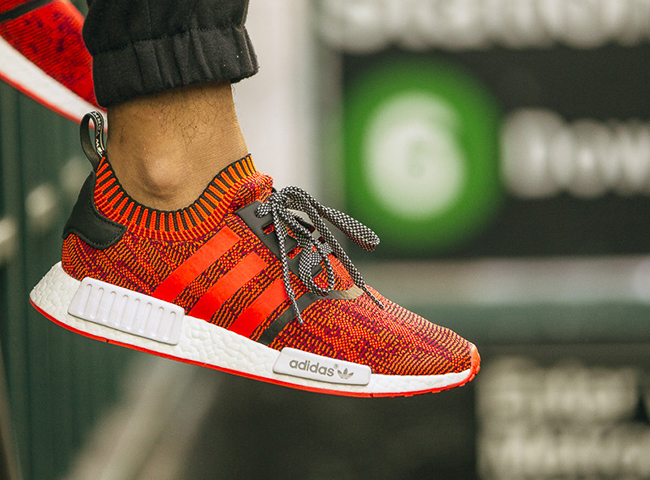 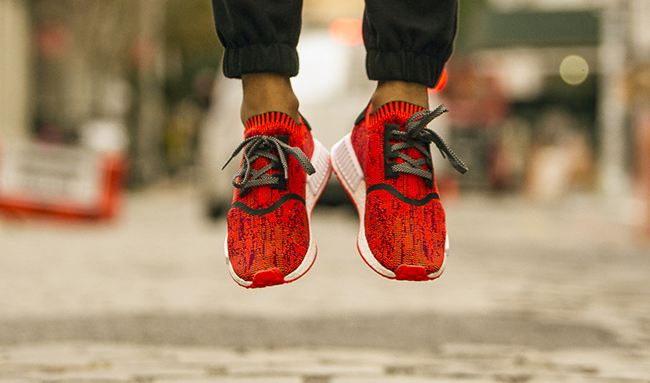 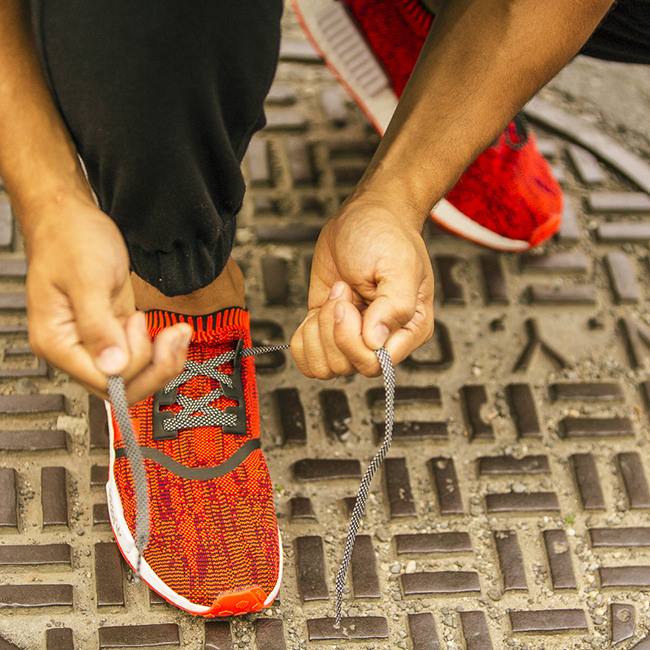 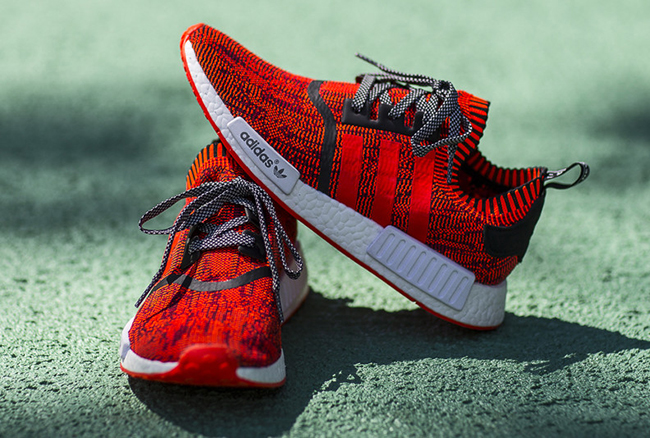 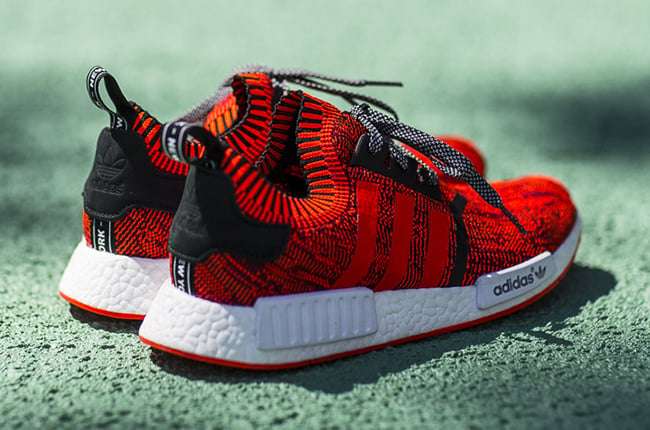 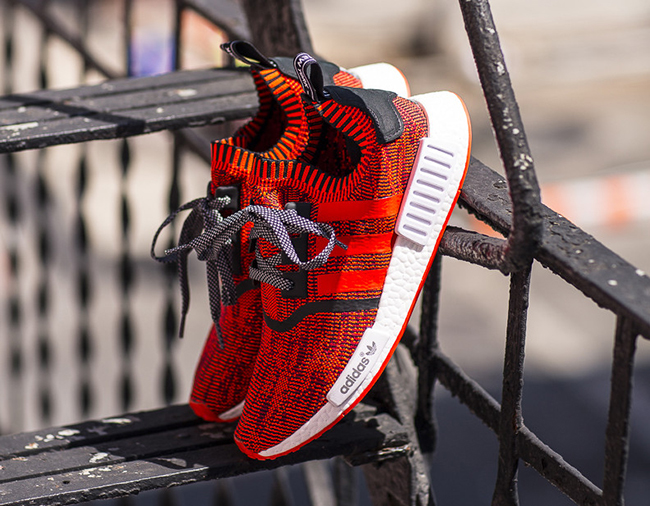 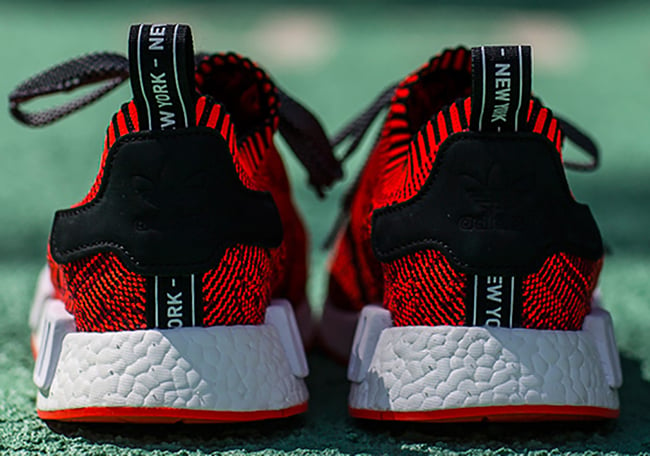