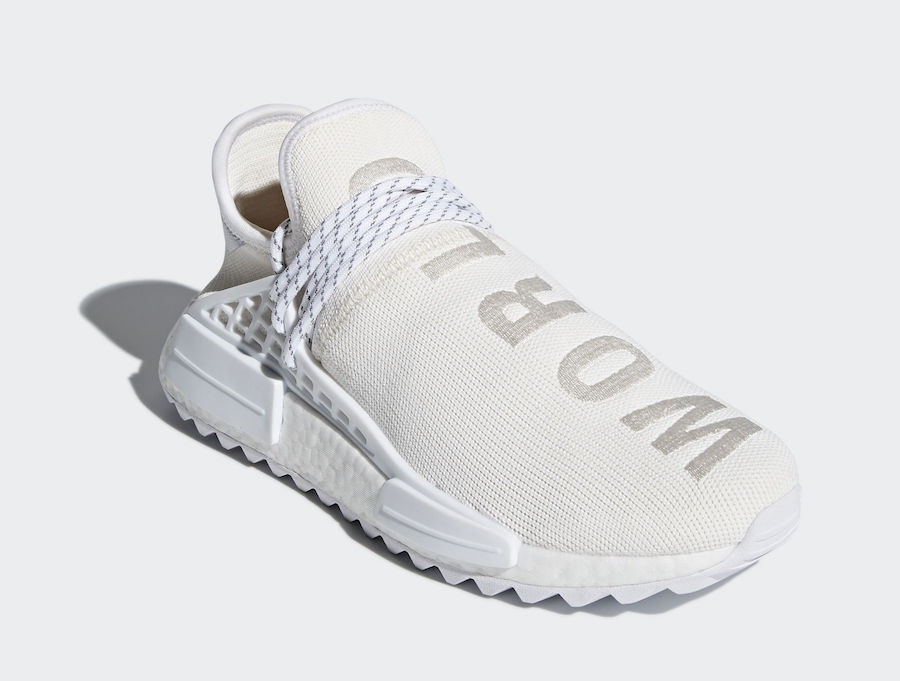 Pharrell and adidas Originals is already shaping up to have a nice lineup for 2018. During the month of February, the Three Stripes brand and Williams will release two new adidas NMD Human Race Trail. Two packs are coming, one being ‘Holi’ while the second is the ‘Blank Canvas’ Pack.

Shown is the ‘Blank Canvas’ edition which comes in predominate White. Looking closer they feature Off-White across the mesh upper while a traditional White lands on the liner, laces and Boost midsole. Other highlights includes ‘WORLD’ on the right shoe and White running across the rugged rubber outsole.

The adidas NMD Hu Trail Blank Canvas is scheduled to release at select adidas Originals retailers including online at adidas.com on February 23rd, 2018. Retail price is set at $250. Continue to scroll below to check out more images which will provide you with a closer look. 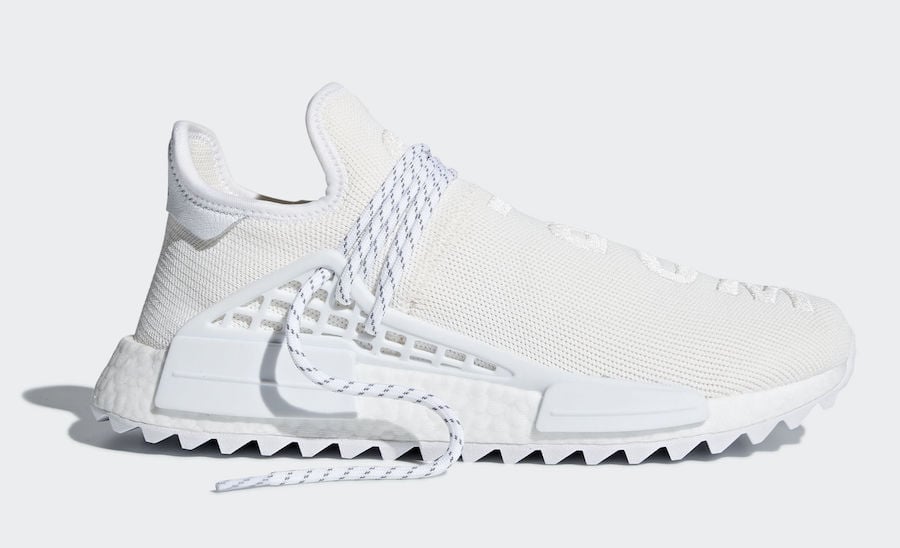 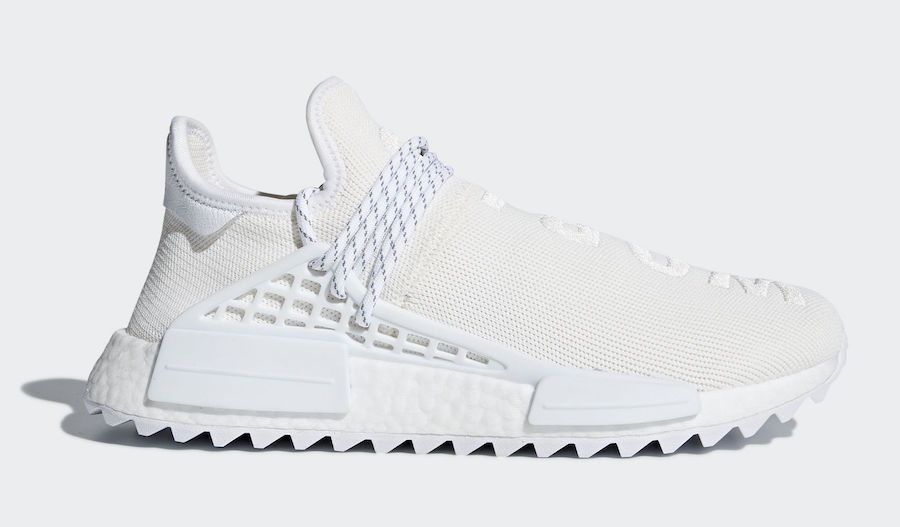 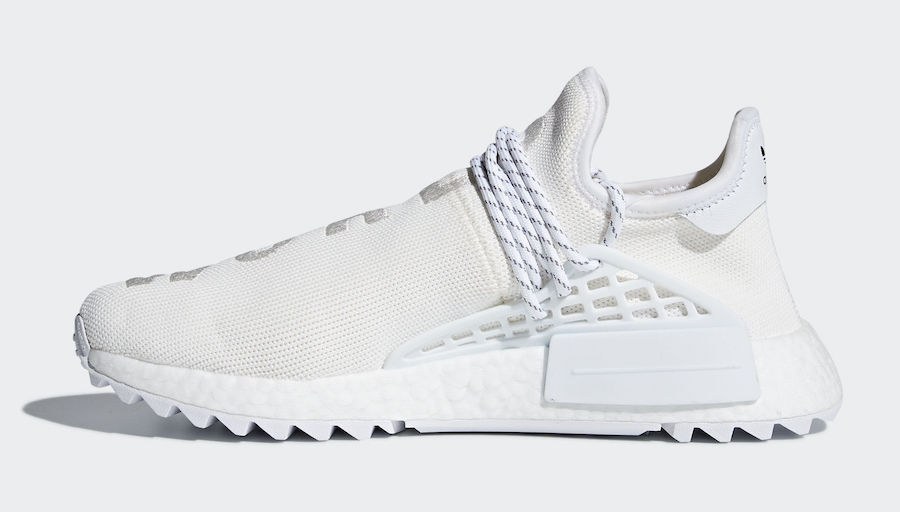 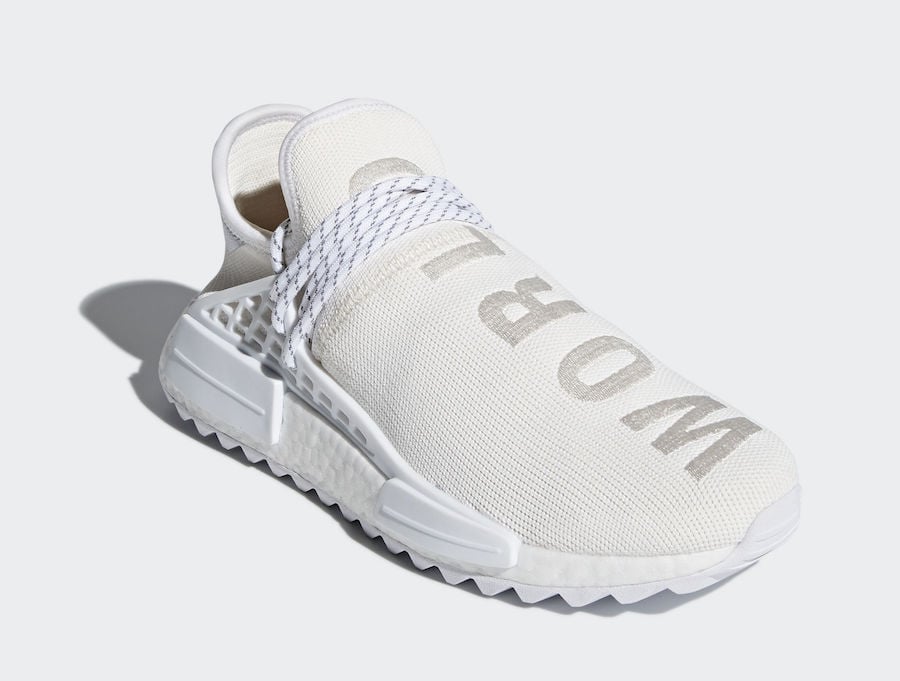 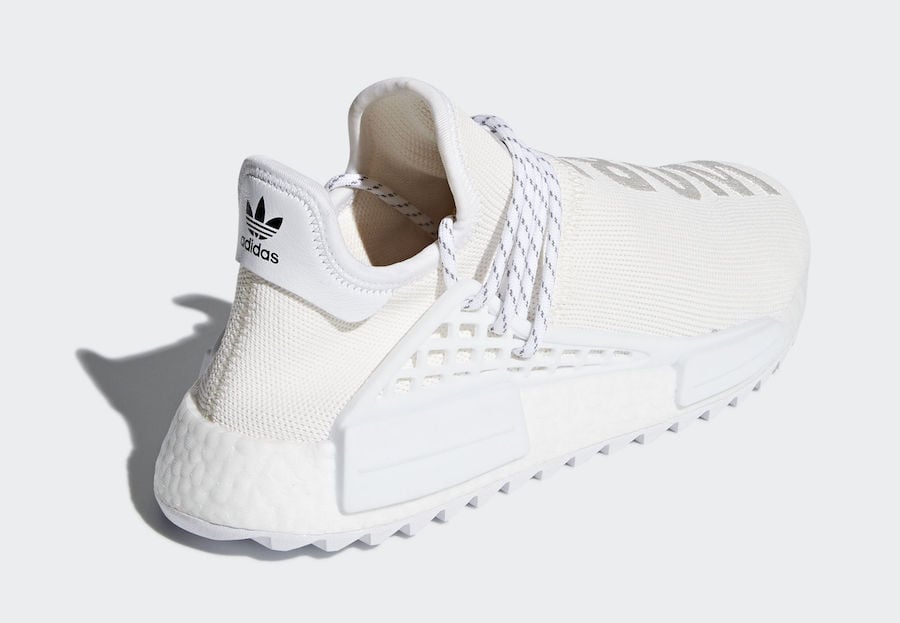 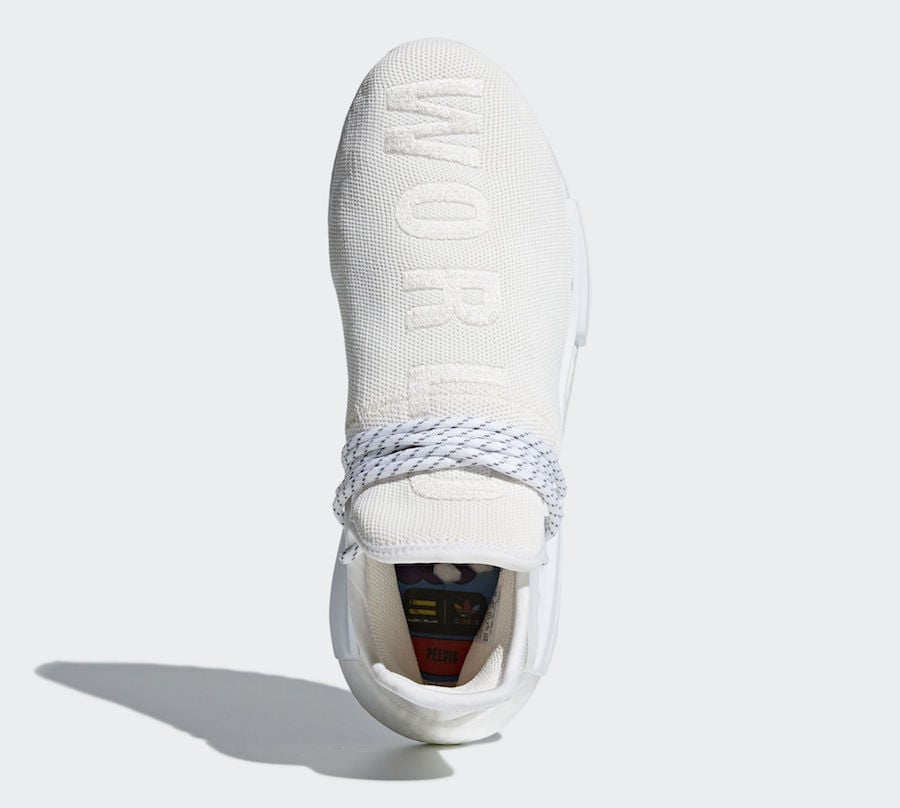 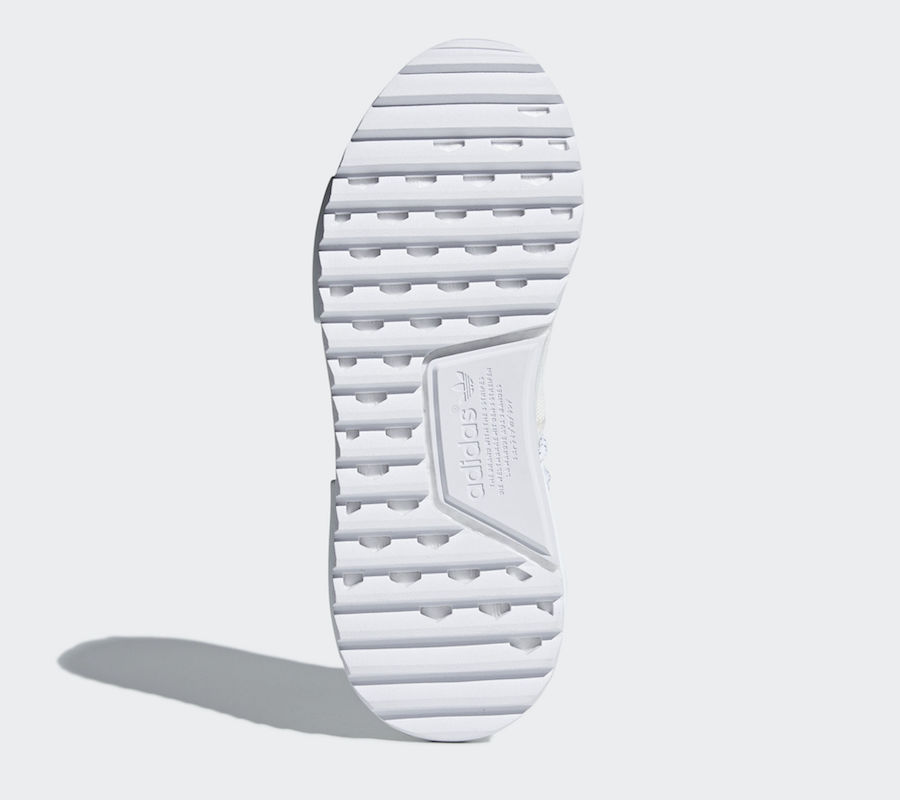