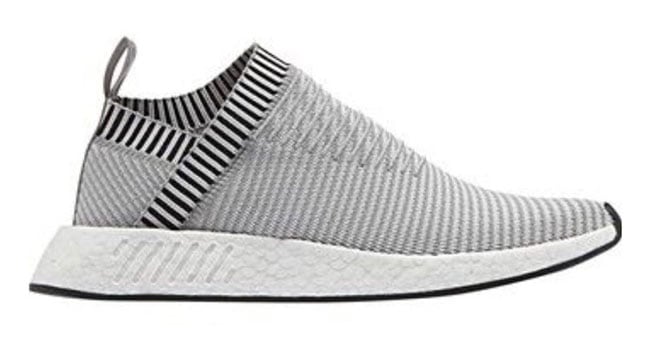 There is no question that the adidas NMD has grown rapidly fast in fandom even with the model existence being on the shorter side. While we have seen a few modifications to the model, we now have a look at the adidas NMD CS2 PK that will release Spring 2017.

The CS2 PK edition of the adidas NMD has a similar build to the Chukka, however there are differences. First up with have Primeknit through the uppers which receive a Grey and Black treatment, while instead of using a traditional tongue, the shoes feature a one piece upper that overlaps. Other details includes a White Boost midsole and Black outsole.

As of now, a specific release date for the adidas NMD CS2 PK has yet to be announced but like mentioned, they are expected to debut during April 2017. Make sure to check back for updates and new photos.