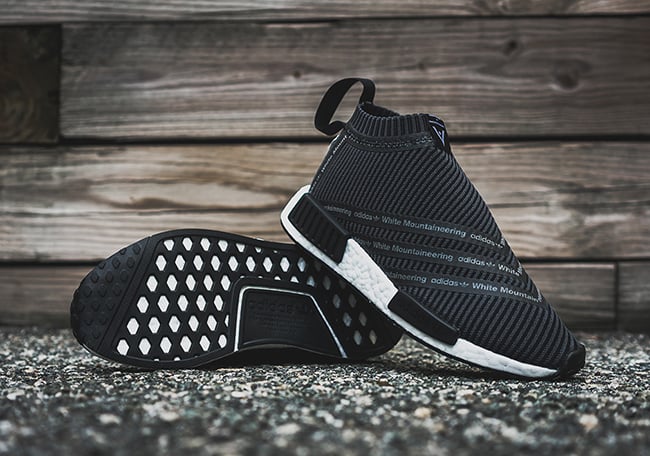 White Mountaineering has switched up their edition of the adidas NMD City Sock for a unique look. As you can see, the three stripes are still visible, however they run across the forefoot to meet in the middle. The Three Stripes reads both adidas and White Mountaineering. For the base, it comes in Black while a subtle stripe pattern runs through. Black detailing is also used around the collar, Pod overlays and outsole. Finishing them off is a White Boost midsole.

The White Mountaineering adidas NMD City Sock will debut on October 16th along with the rest of their collection. Below are a few more images giving you a better look.

Update: Expected to release on October 16th, the White Mountaineering x adidas NMD City Sock dropped at Packer Shoes. However the store had sold-out. Expect more stores to have them in by next week. 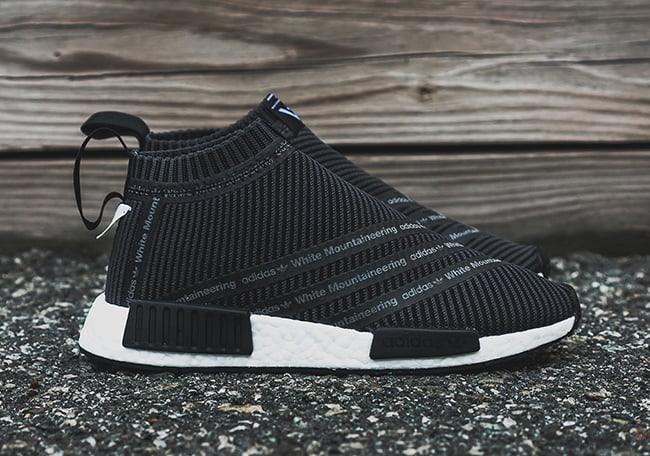 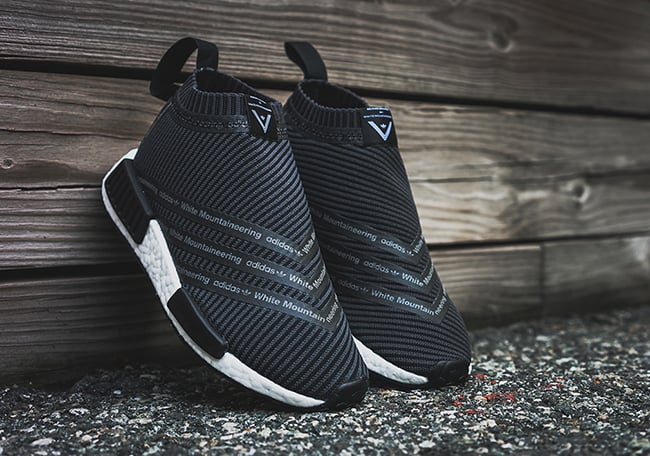 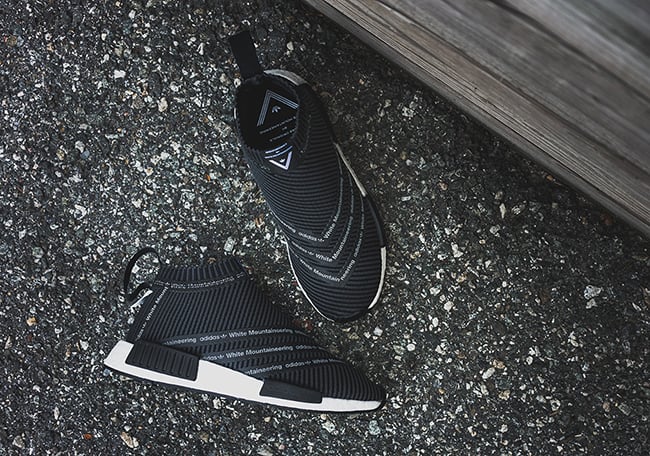 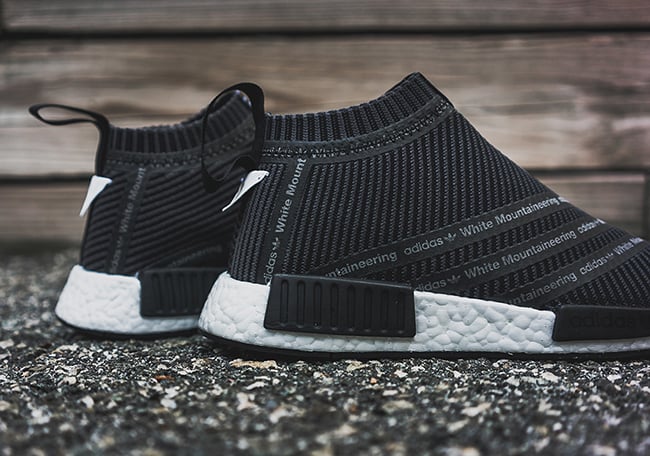 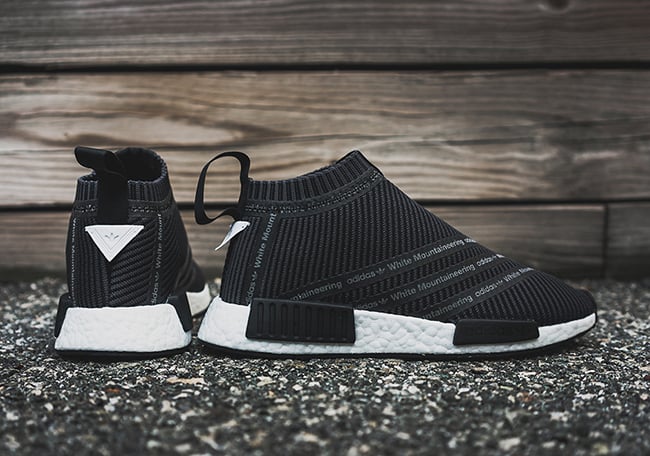 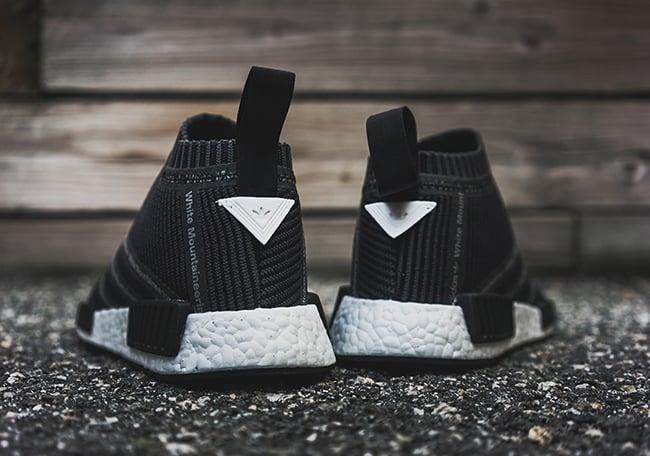 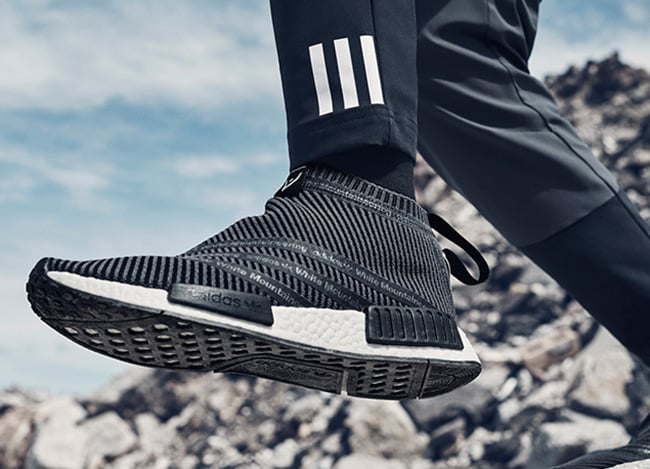 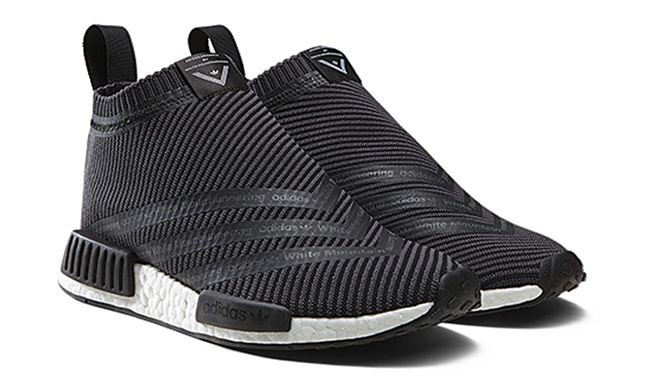 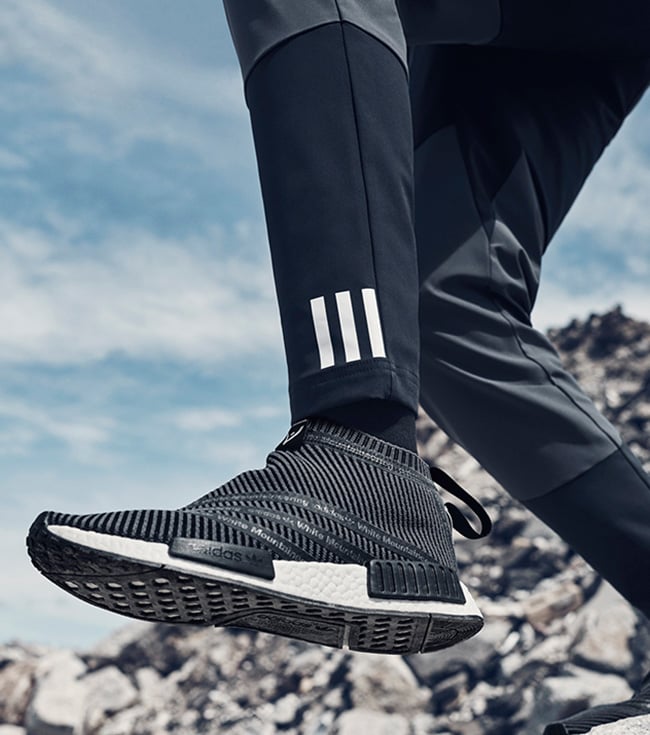