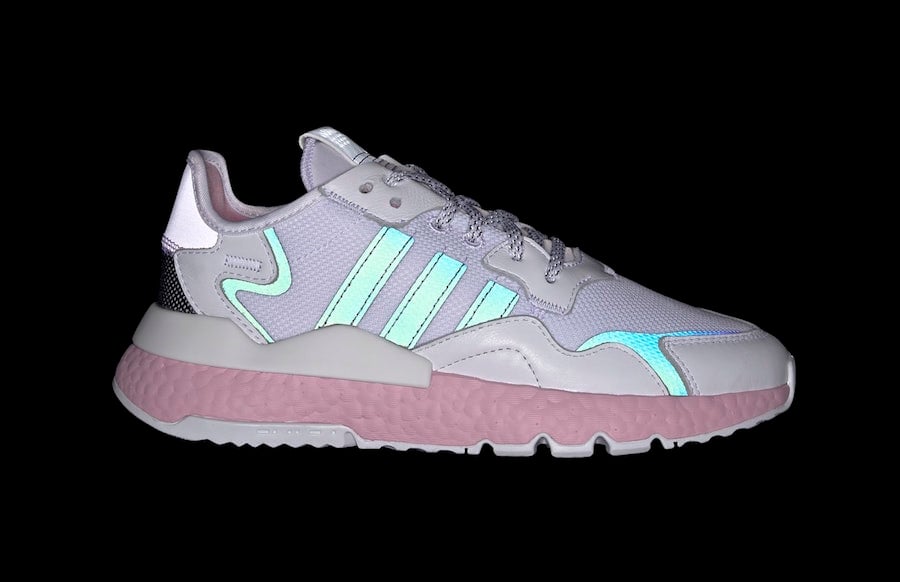 The adidas Nite Jogger is releasing during March and one of those pairs will come with reflective Xeno along with shades fitting for Spring and Summer.

Dressed in a Cloud White, True Pink and Core Black color combination. Using White mesh and leather throughout while iridescent Xeno is applied to the Three Stripes branding. In addition we have Reflective highlighted along with True Pink on the heel and Boost midsole. Completing the look is more White but this time covers the rubber outsole.

You can expect the adidas Nite Jogger ’True Pink’ to release at select retailers including adidas.com on March 1st. Retail price is set at $130. Below you can check out additional photos for a closer look. 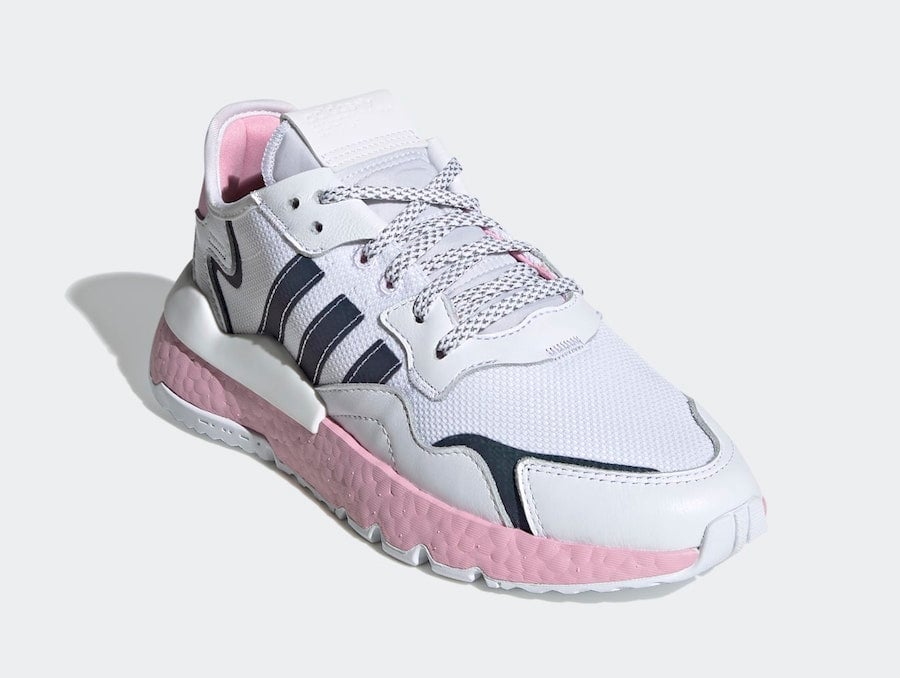 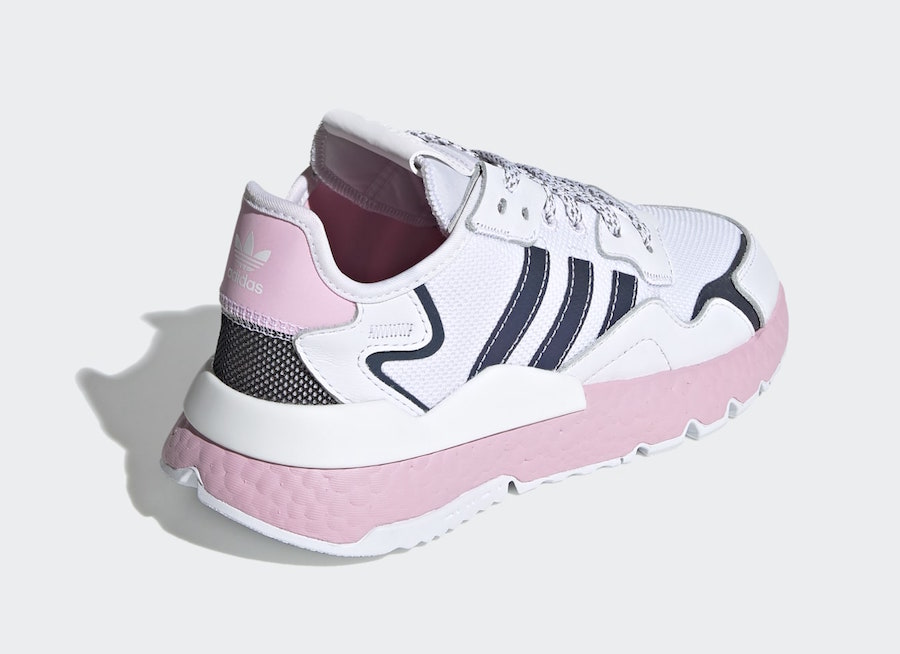