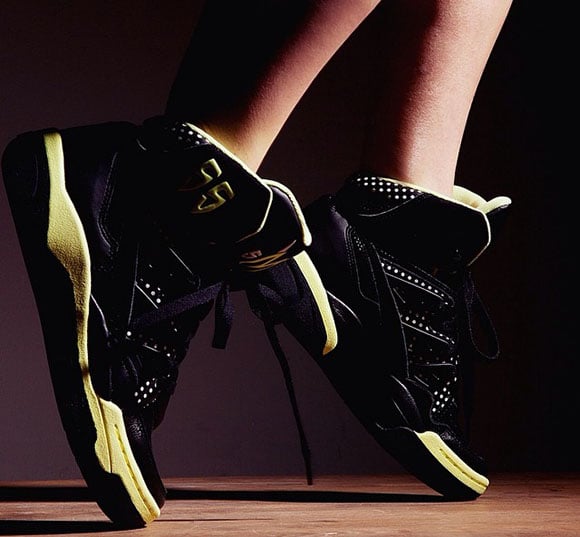 Women will now have their time to shine and shake their rejection finger with new colorways set to release on the adidas Mutombo.

Over a year ago we saw some images of the upcoming pairs, but now it looks like a release is coming soon. The picture provided by adidas of the first colorway of the Women’s Mutombo are somewhat blacked out but it appears a darker upper (probably black) with accents of yellow.

Of course we will keep you in the loop when they release, but let us know what you think by leaving a comment below.