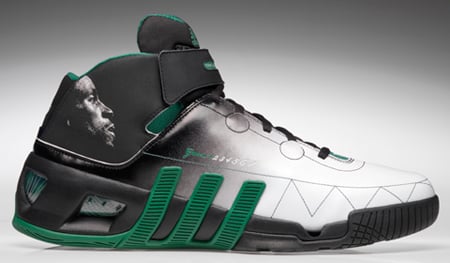 As we all know, Kevin Garnett and the Boston Celtics are heading to the NBA Finals against the Los Angeles Lakers. To accommodate KG finals appearance, Adidas will release the Commander exclusively contributed to him.

Also, as the Boston Celtics attempt to bring home a 17th championship, Kevin Garnett will wear the Adidas Commander every game in the finals. Each game Adidas will produced 8 pairs, and have the number from which game it came from (1 – 7). Sadly, if you want a pair expect to pay $1,017. Via Complex. 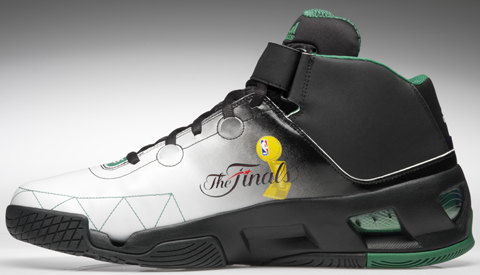