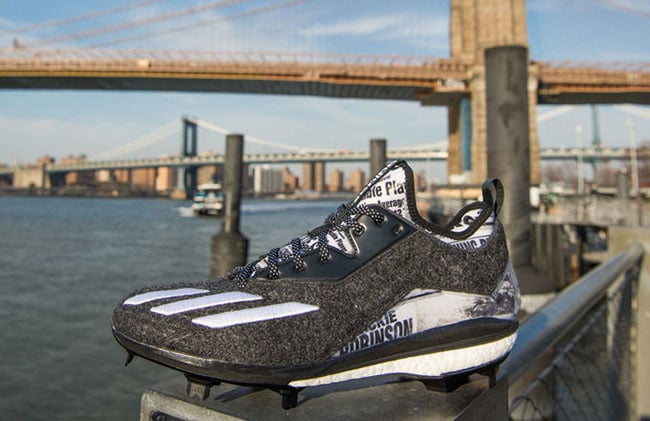 Taking inspiration from Robinson’s accomplishments on and off the field, adidas designers took the adizero Afterburner 2, the lightest cleat in the game at 8.7oz., and the new Energy Boost Icon 2, featuring the revolutionary Boost technology, and created special edition cleats that pay homage to Jackie Robinson.

Influenced by the way Robinson changed with game with his speed, the initial concept for the cleats started with a hand-drawn sketch of Robinson stealing and sliding into second base. That sketch became the centerpiece of the design and evolved into a complete retrospective of his career.

To highlight the second baseman’s accolades, newspaper style headlines showcasing Robinson’s impact on the game are featured throughout the upper of the cleats. Further honoring his legacy, Robinson’s universally retired uniform number, 42, is embroidered into the center of a baseball diamond and the prominently displayed on the inside panels of the cleats.

Currently there isn’t a release date for the adidas Jackie Robinson Cleats, but if they do launch, we will make sure to let you know. Check out a detailed look at the cleats below. 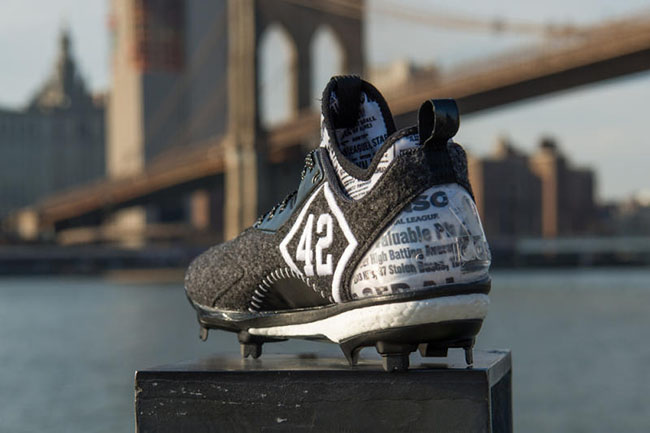 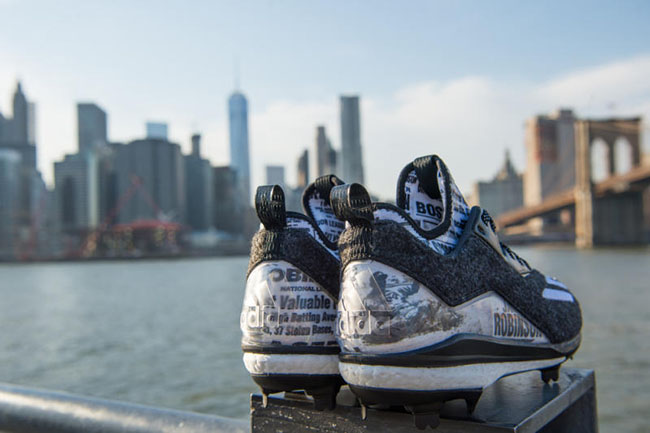 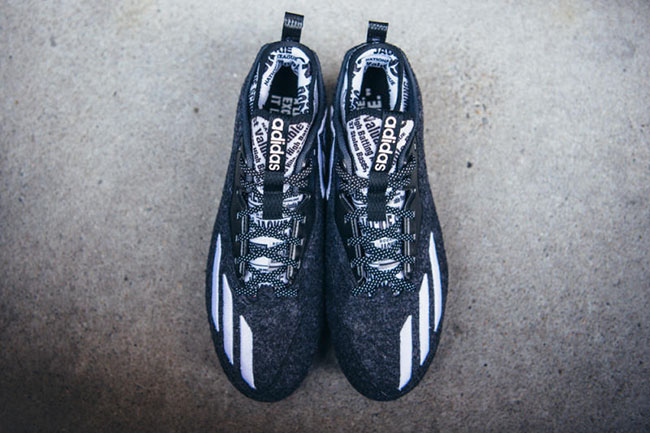 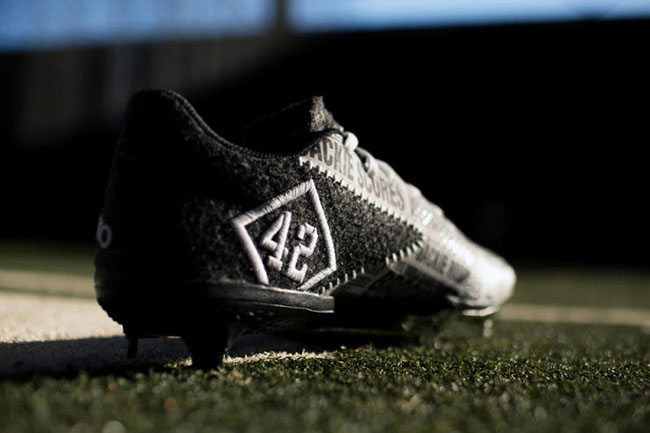 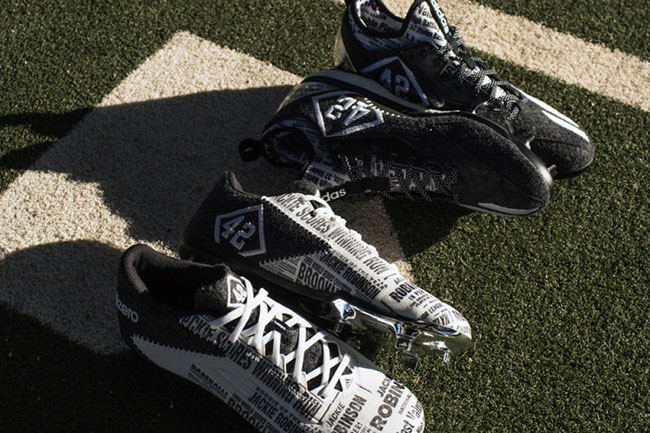 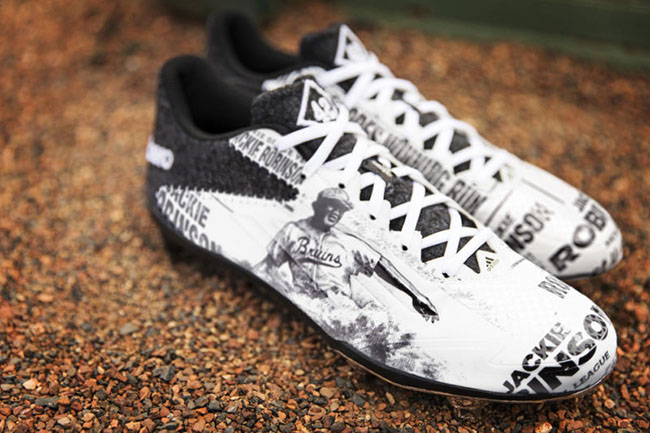 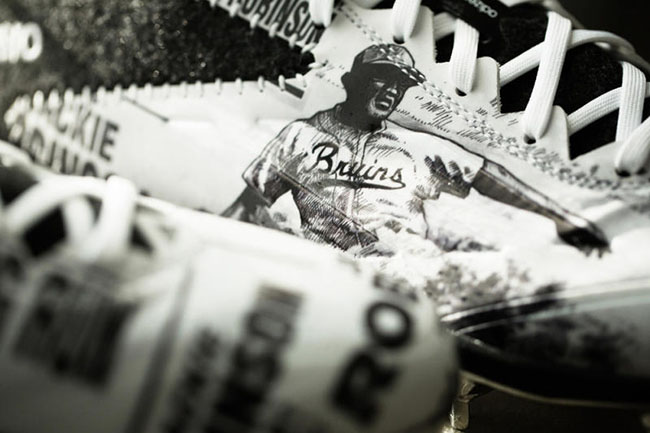 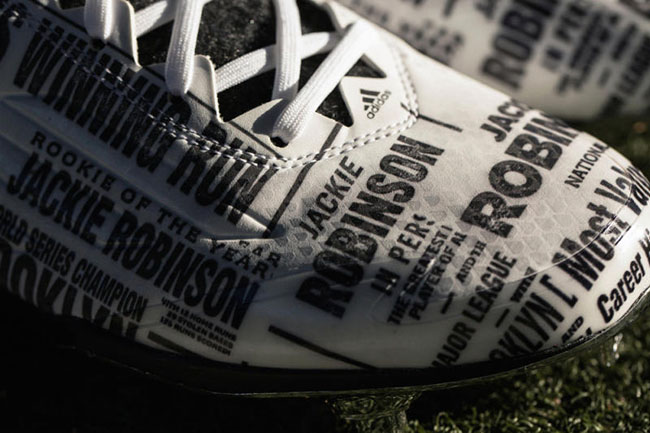 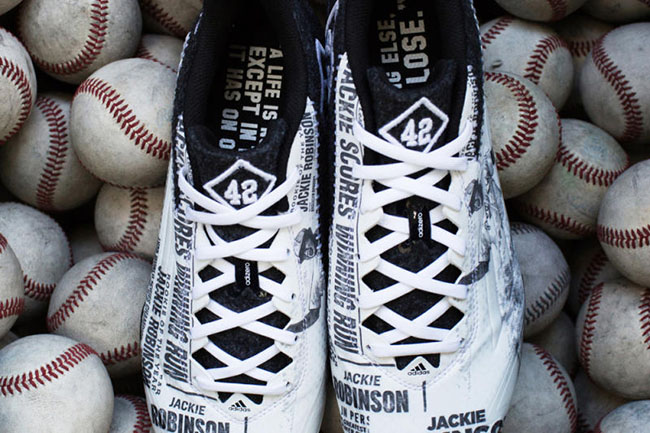 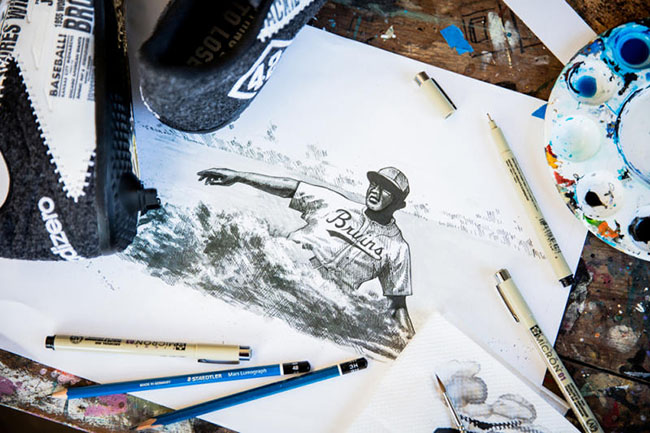 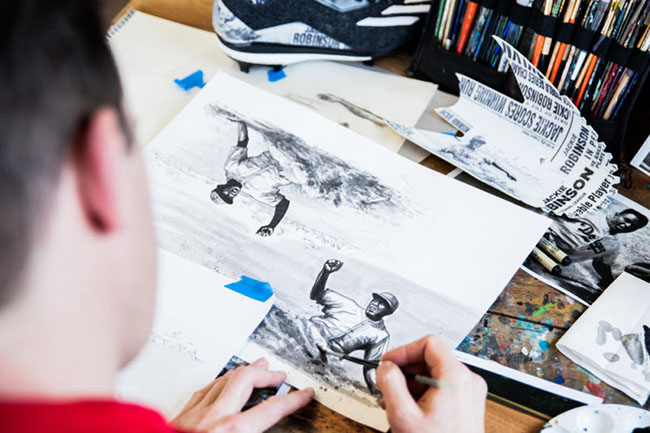