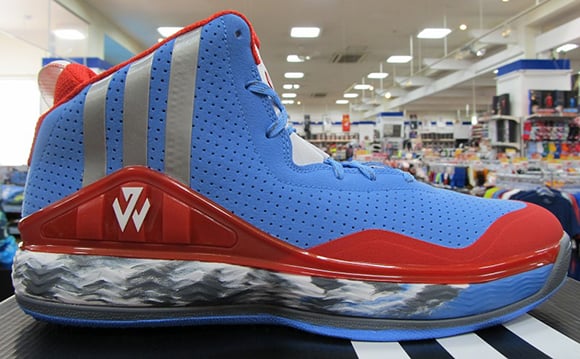 If you thought the All Star adidas J Wall 1 was the last to hit retailers, think again. The two have another pair scheduled to drop next month that has a more bold Washington Wizards look.

This new J Wall 1 uses a bold blue on the perforated uppers while scarlet red lands at the heel, liner and wrapping the kicks. The marbled midsole which has been seen on other pairs of John Wall’s signature shoes is back again, definitely a nice touch.

Reports are pointing to a March 19th release for the Blue / Scarlet Red adidas J Wall 1. We should have official word and more images from adidas in the next couple of weeks.