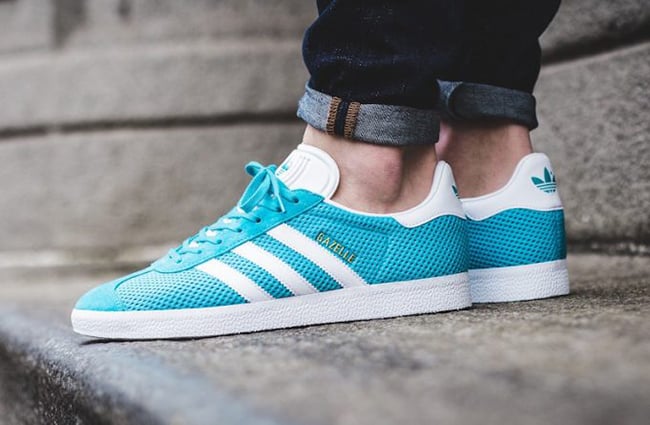 Looking closer at this adidas Gazelle, they feature a textile soft upper which is done all in Energy Blue. Adding some contrast is the use of White on the Three Stripes branding, tongue, liner and heel tab. Following we have Gold where it reads Gazelle on the side. Other details include Blue on the Trefoil branding, White on the midsole and outsole.

More images of the adidas Gazelle Energy Blue can be seen below which will show you how they look on feet. They are now arriving at select adidas Originals retailers including Titolo. 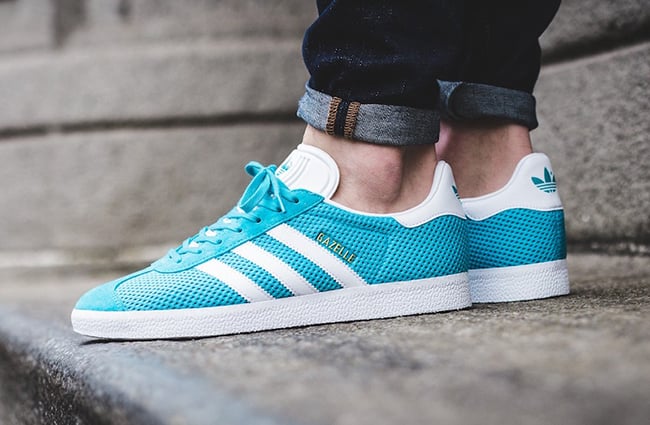 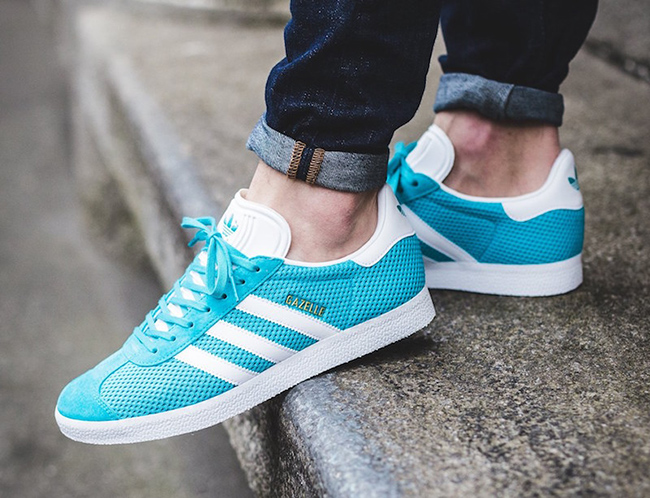 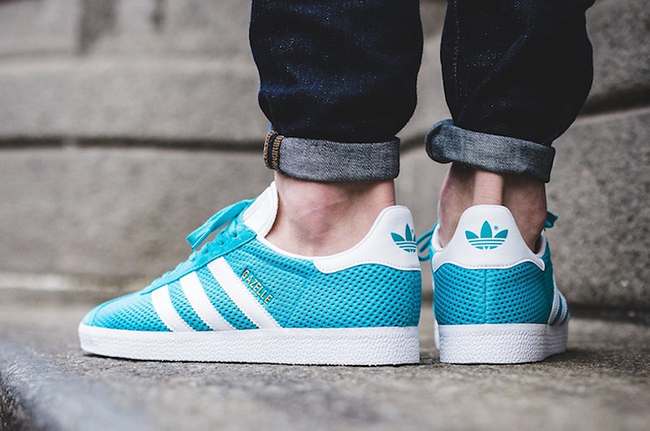 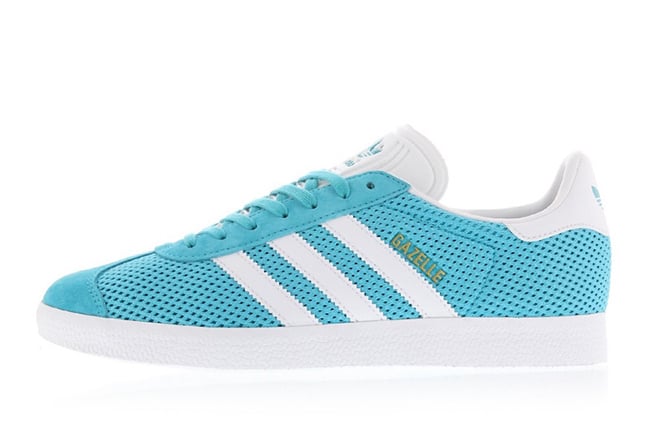 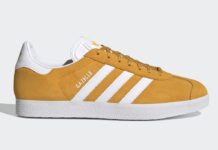 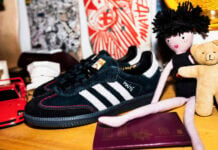 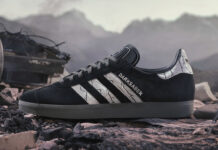