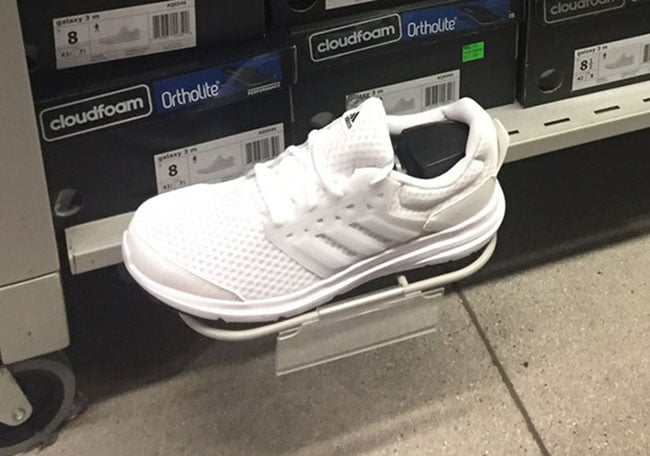 With the hype that the adidas Ultra Boost has received, it looks like the brand will offer another model with some of the same elements. Shown is the adidas Galaxy 3 which is a more affordable model.

One of the main differences between the adidas Galaxy 3 and the Ultra Boost is the midsole. Instead of using Boost, they will feature a cushioning system known as Cloudfoam. In addition, there is no Primeknit used but mesh while they do have a similar Three Stripes cage.

Below you can see more images of the adidas Galaxy 3. So far they are starting to land at retailers in two colorways, one in ’Triple White’ while the other features Black, White and Purple. Since the model lacks any of the desired adidas materials, retail price is $50. Make sure to visit the comments section below and let us know what you think of them. 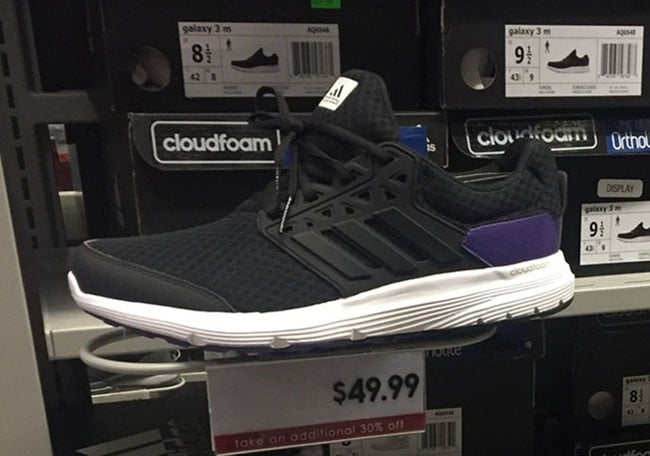