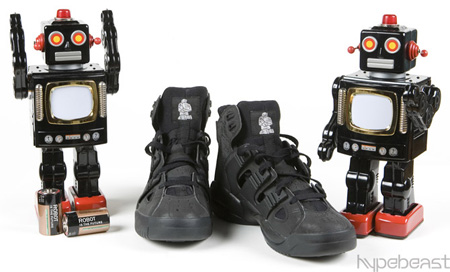 The designers took on a simplistic approach to the shoe and used an all Black upper. The shoe is kept simple throughout, however it does feature a motherboard graphic print and solid Black sole. 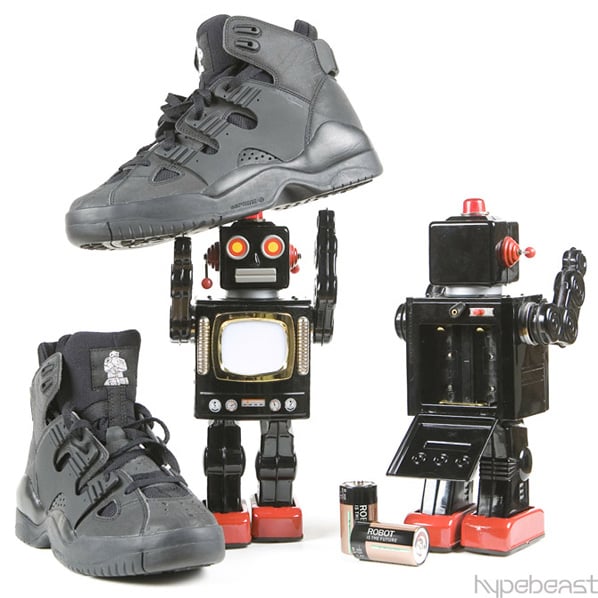 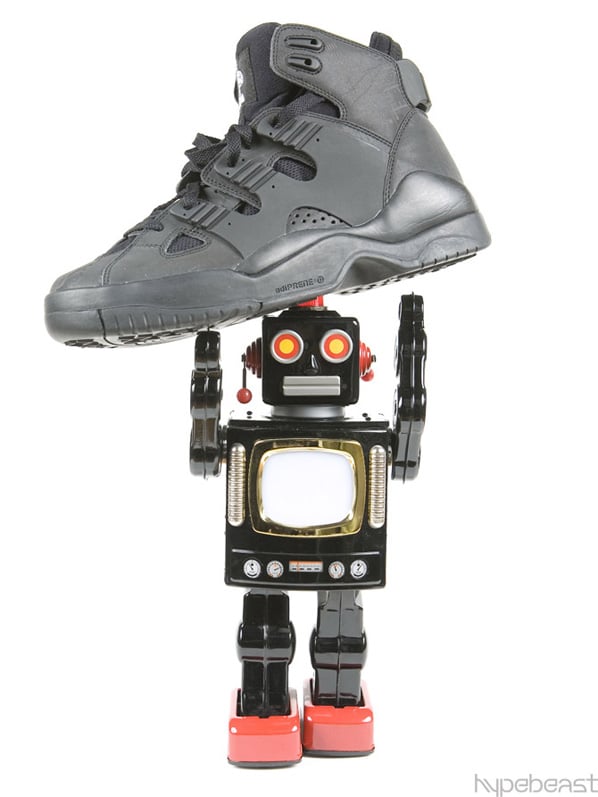 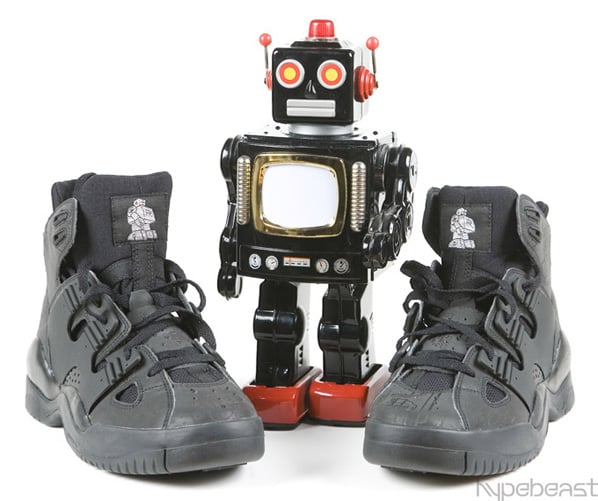