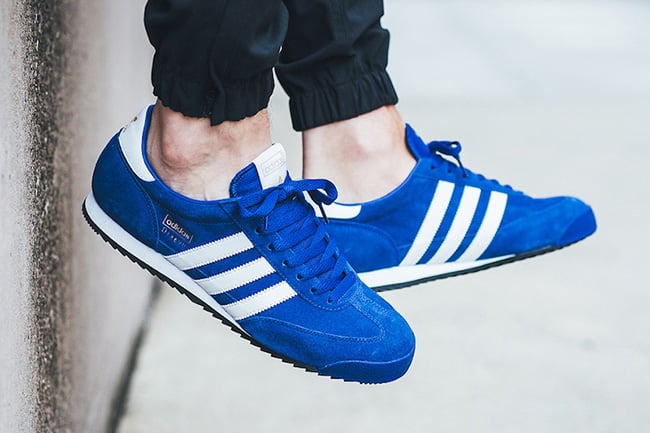 In the 1970s, adidas launched a model known as the Dragon. While you may have spotted this pair in films or if you were around during that time, wore a pair. For those that want to grab them again, the Three Stripes brand has brought back the adidas Dragon ‘Royal Blue’.

Staying true to it’s roots, the adidas Dragon features predominate Royal Blue through the uppers while constructed with suede. The same hue extends across the toe, around the heel, tongue and laces. Following is White that runs down the Three Stripes, heel and tongue tab while finished on the midsole. Finishing the look is Black on the outsole.

Continue to scroll below to check out more images of the adidas Dragon Royal Blue which shows you how they look on feet. They are now landing at adidas retailers which includes Titolo. 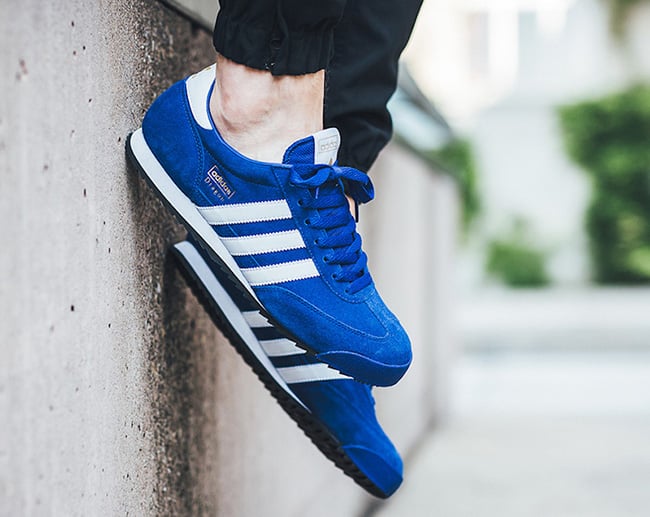 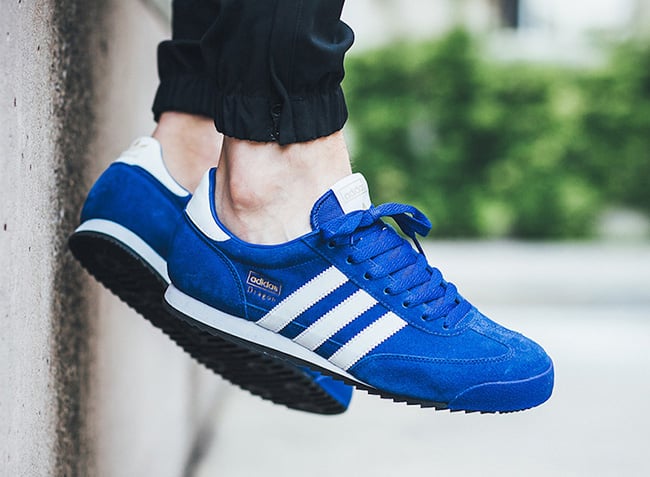