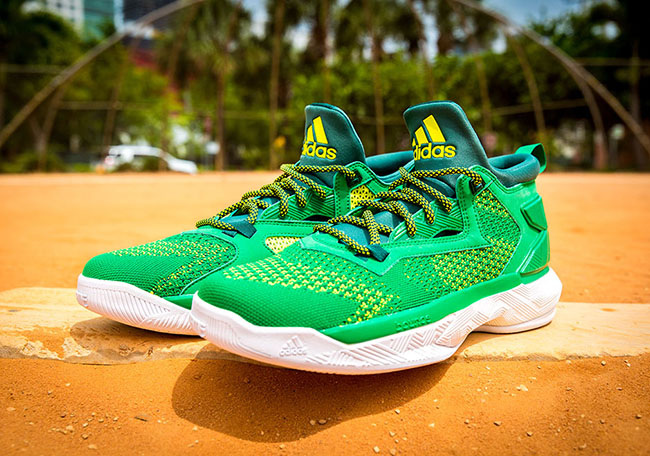 Damian Lillard hometown is Oakland, California which we are sure most of you know and he will pay tribute to his home team baseball squad. Shown is the adidas D Lillard 2 ‘Oakland A’s’ which will release later in June 2016.

This adidas D Lillard 2 is dressed in shades of Green and Yellow which perfectly match the Oakland A’s color scheme. The uppers feature Primeknit in Green which exposes Yellow on the underlay. Some of the lateral side, Lillard and adidas branding as well as hints through the laces will feature Yellow. Finishing the look is the use of White on the midsole and outsole.

Below are additional photos of the adidas D Lillard 2 Oakland A’s which will give you a detailed look. For those interested in purchasing, they will release on June 18th, 2016 at adidas retailers for a retail price tag of $120. 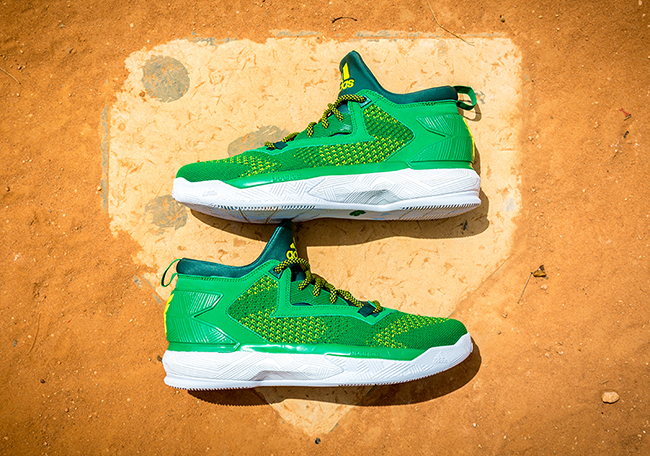 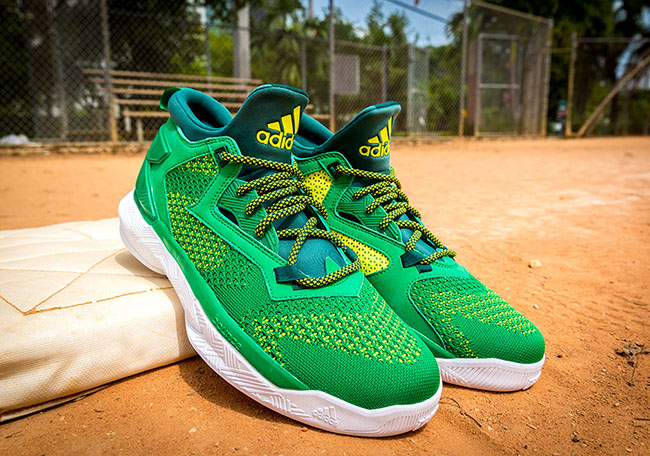 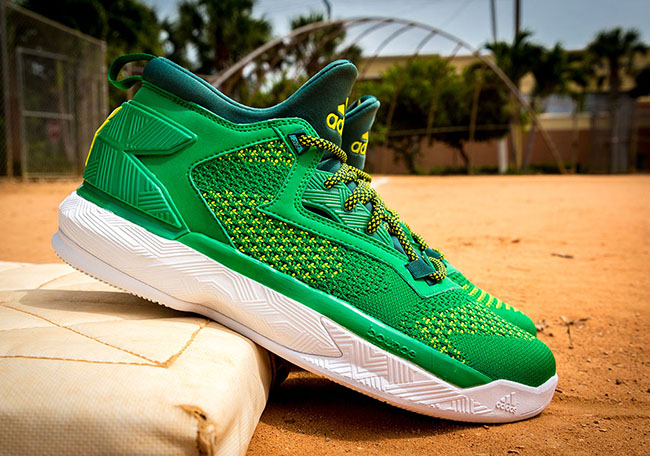 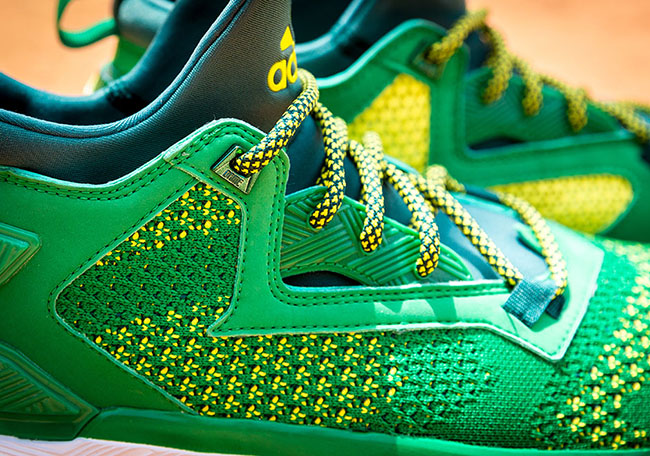 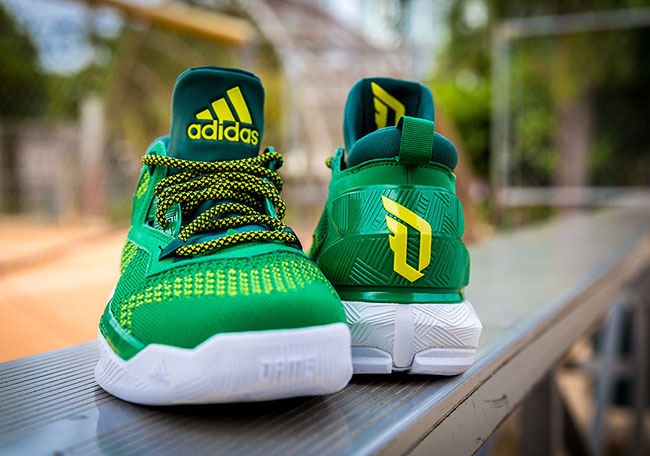 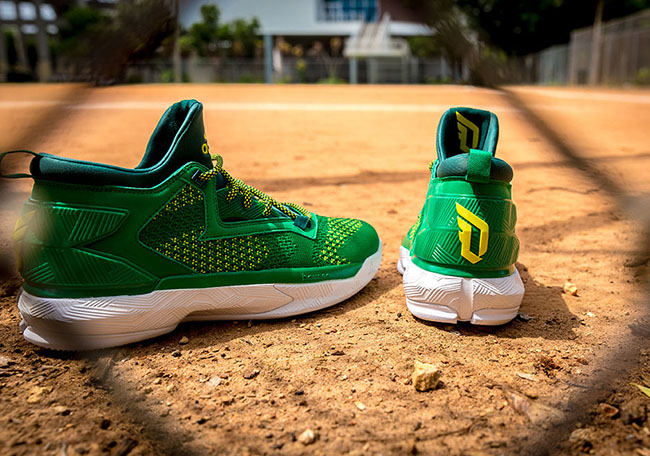 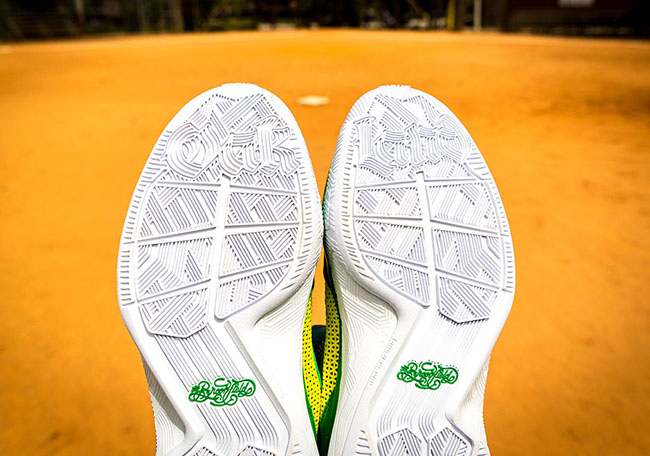 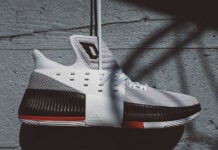 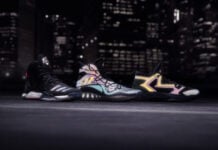 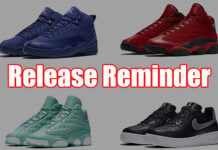