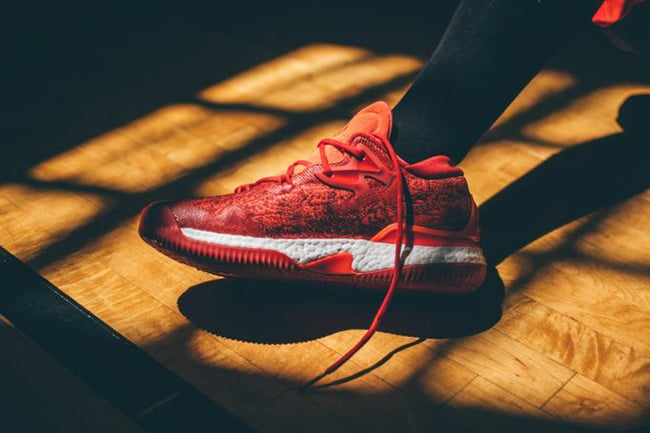 The adidas Crazylight Boost 2016 will be introduced in two colorways early July that include ‘Solar Red’ and ‘Triple White’.

Crazylight 2016 is the first basketball shoe to incorporate 100 percent heel-to-toe BOOST cushioning. The lightweight woven upper delivers a surging camouflage effect inspired by the speed and deception of players disrupting the lane. adidas’ iconic three stripes on the heel represent what opponents see when they’re being blown by on the court.

“When we first began to design Crazylight 2016, the goal was to bring full-length BOOST to a basketball shoe, something that’s never been done before,” said Brian Foresta, vice president of basketball design, adidas Basketball.”

Added Harden, “I’ve been waiting to wear these shoes since I tested the first prototype and I can’t wait to wear them on the court this summer.”

A herringbone-styled traction and a loaded sprint plate deliver responsive traction for jab step attacks and creating space on the hardwood for step back threes. Tuned for added control when making hard cuts against defenders, the Crazylight 2016 silhouette is built with a TPU forefoot roll cage that harnesses the energy of BOOST for the game’s fastest players.

The adidas Crazylight Boost 2016 will be available at adidas Basketball retailers on July 2nd. Retail price will be $120. 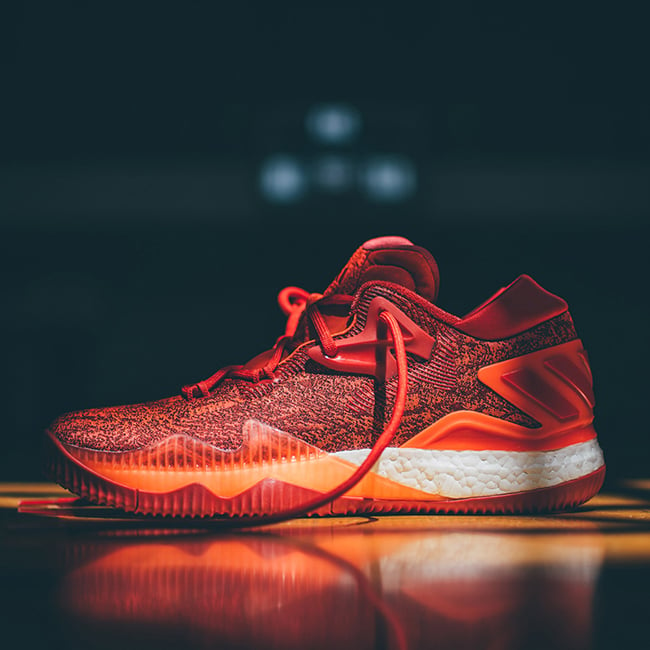 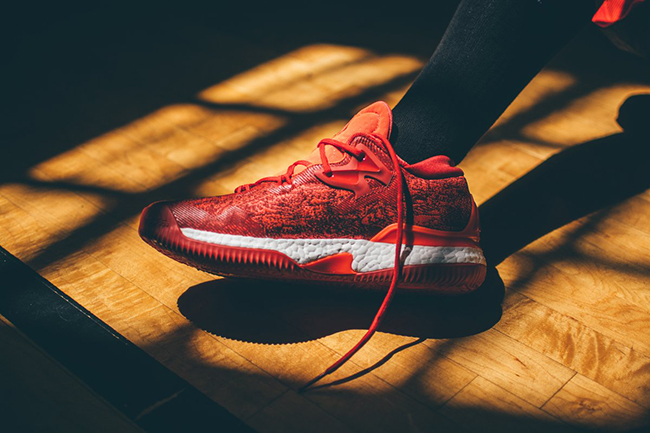 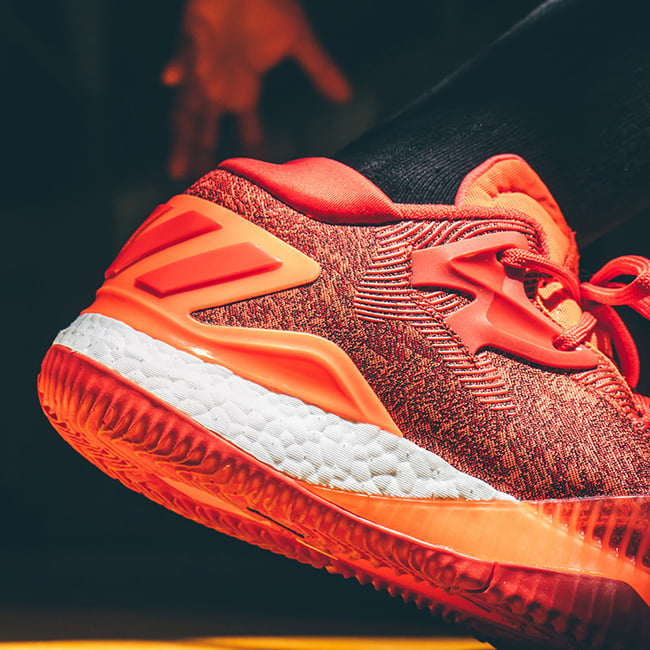 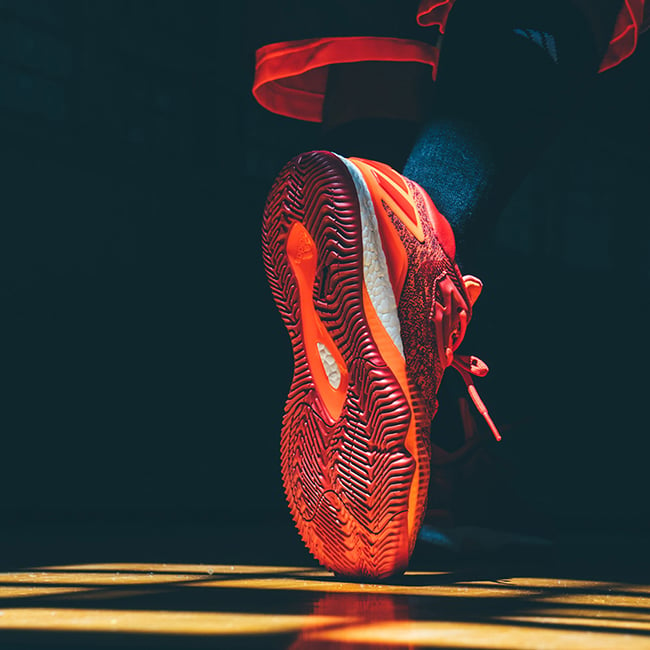 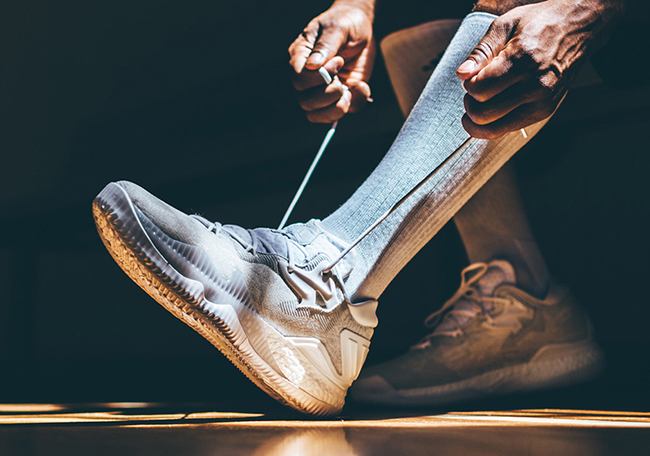 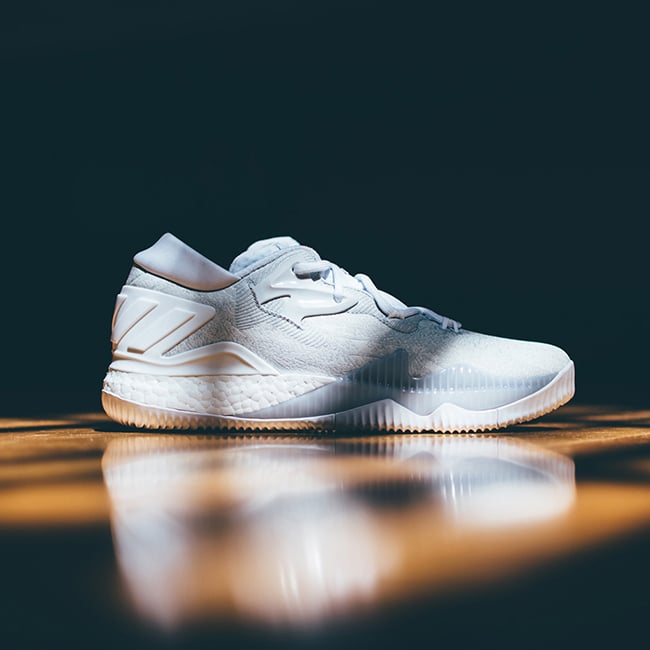 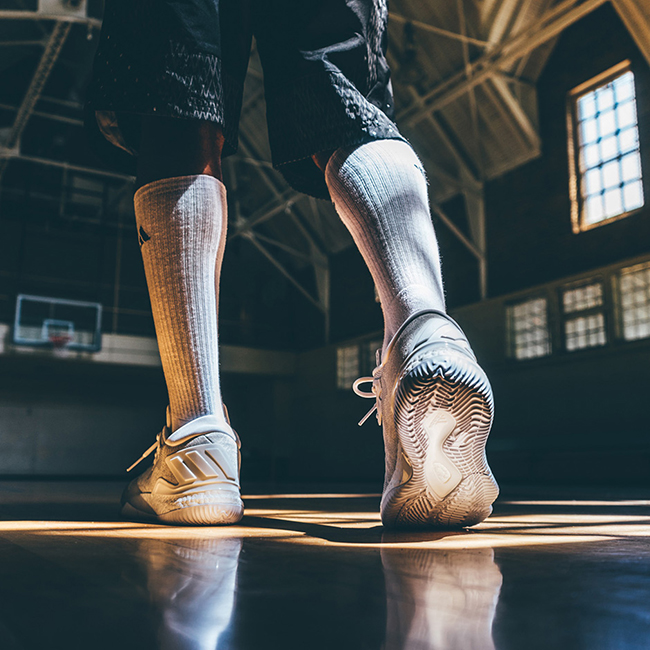 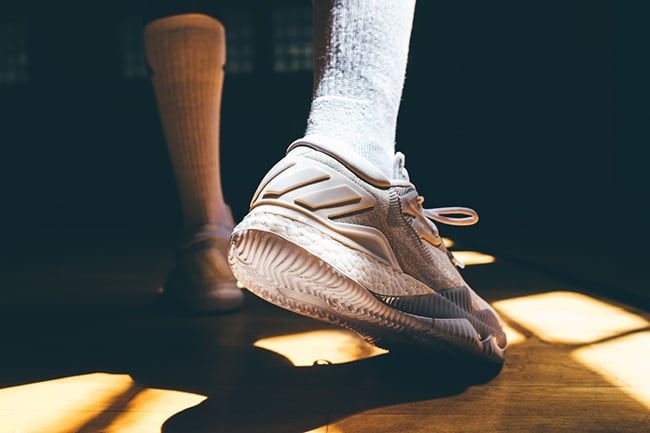