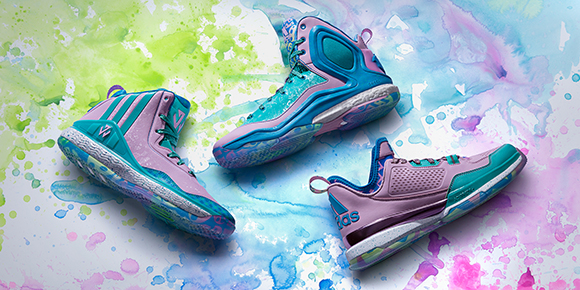 This Sunday is Easter and adidas has unveiled their Basketball collection which includes the D Lillard 1, J Wall 1 and D Rose 5 Boost. The three pairs won’t actually release but will be worn by the respective signature athletes. Each come with pastel colors which is directly connected to Easter while using unique patterns, details and tones.

First up we have the D Lillard 1 which uses light orchid synthetic upper with vivid mint, solar blue and sun yellow. Landing on the sockliner, translucent outsole and pull tab is multiple colors in zig zag inspired by Easter egg patterns. The SprintFrame and laces get treated to light orchid metallic.

John Wall and his adidas J Wall 1 will feature a light orchid synthetic upper with vivid mint, solar blue and sun yellow. Just like Lillard’s, the outsole and sockliner is inspired by Easter egg patterns. The collar and trim feature gingham pattern for Easter baskets. Laces are dipped in mint metallic while the white midsole also has solar blue and vivid mint splatter.

Finally we have the D Rose 5 Boost which is like the other two by using vivid mint synthetic upper, light orchid and sun yellow trim and a solar blue, mint splatter on the Fit Cage. Gingham pattern again is placed on the collar while the sockliner, pull tab, lace and translucent outsole feature Easter egg pattern.

Like mentioned, all three will not hit retailers but you can see the players wearing the adidas Basketball Easter Collection over the weekend. 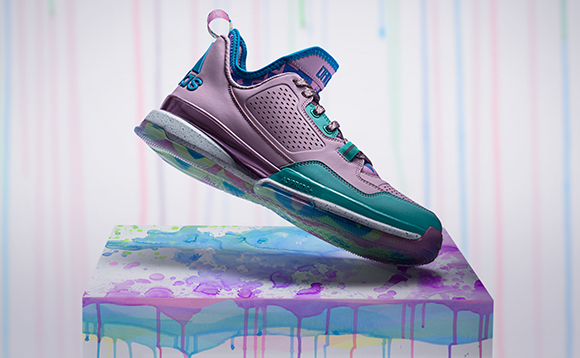 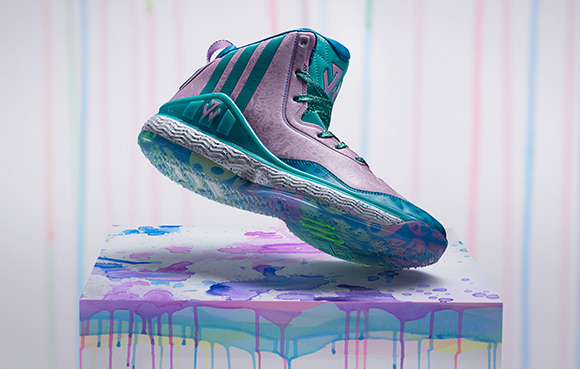 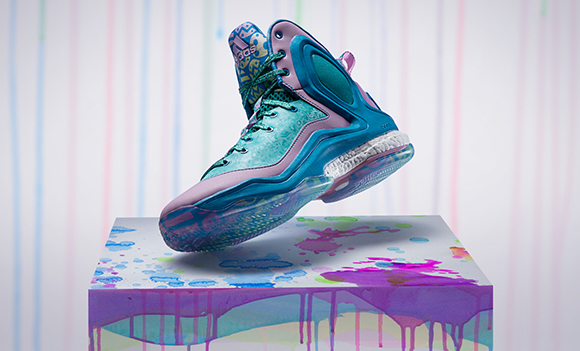