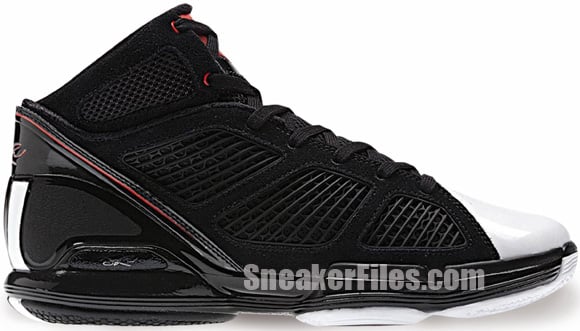 The second version of Derrick Rose’s signature shoe, the adiZero Rose 1.5 is lighter than the original and features improved support to help Derrick on the court while telling his unique story to get from Englewood (Chicago) to the first overall pick of the 2008 NBA Draft.

UPPER: An all-­new version of basketball-­specific SPRINTSKIN helps provide additional lateral support and an inset collar designed to work with Derrick’s Speedwrap ankle brace. The design is inspired by Derrick’s hometown and path from Chicago to the NBA. The shoe is particularly inspired by Chicago architecture’s Structural Expressionist movement, which featured buildings revealing their inner structures or skeletons. The adiZero Rose 1.5’s three-paneled SPRINTSKIN zones represent each of Derrick’s brothers (Reggie, Allan, and Dwayne) who helped support him through his journey to the NBA. The shoe also features a stylish, clean toe for off-­court appeal. The branding and Derrick’s signature can be found on the heel, which is the only part opponents see when he’s heading to the rim.

The Rose 1.5 is lighter than its predecessor because of new formulation of SPRINTSKIN, and stronger to help provide reinforcement during hard lateral cuts. The upper is also more breathable than the last version due to seamless application.

MIDSOLE: The Sprint Frame combined the heel counter and shank into a single nylon chassis. It has been engineered to handle adiZero heel fit standards, torsion, and midfoot stability as a unified, lightweight solution.

Weighing in at 12.6 ounces, retail price is $100. Releasing late February.