HomeAdidasadidas 60 Years of Soles and Stripes Party in Singapore

adidas 60 Years of Soles and Stripes Party in Singapore 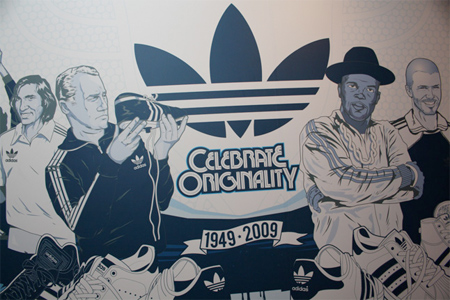 60 years and running, adidas is still going strong as they have launched huge projects and interesting collaborations to keep their long time fans attracted to the brand. adidas has celebrated the 60th year mark with a full fledged collection of sneakers dedicated to the monumental achievement including the Pro Model, Superstar and the Diamond Pack. In addition to these special make-ups, adidas kicked off the celebrations with a party held in Singapore. adidas also threw parties in Malaysia, Thailand, Indonesia, and the Philippines simultaneously as the Singapore location. Images of all the festivities were broadcasted in the Singapore party at the several locations with laptops. Attendees were also given the chance to type a message to be seen at the other adidas 60 Years of Soles and Stripes parties.

adidas rolled out the blue carpet along with a fleet of special Vespas customized for the special event. adidas teamed up with the scooter makers this year and created an array of casual footwear. The adidas theme was carried throughout the ambiance of the party with everything from popcorn to alcohol with an adidas spin to it. Party goers were given streamers, party hats and paper sunglasses made especially for the 60 Years anniversary. However it wouldn’t be an adidas party if there wasn’t entertainment. MC Oil Pettigrew and Singapore’s number one electro/rock band Electrico offered some jokes and tunes and beat-boxer Dharni gave attendees a chance to hear something unique. On the turn tables were Off The Rock, Shinichi Osawa and Masatoshi Uemura from Japan. In addition, a fashion show featuring American Top Model winner Nicole Linkletter was a pleasant surpise for many.

For a complete look at how it went down in Singapore, check out all the pictures showcasing some of the scooters by Vespa, on-stage performances and the adidas fashion show which dressed the models in blue and white gear. 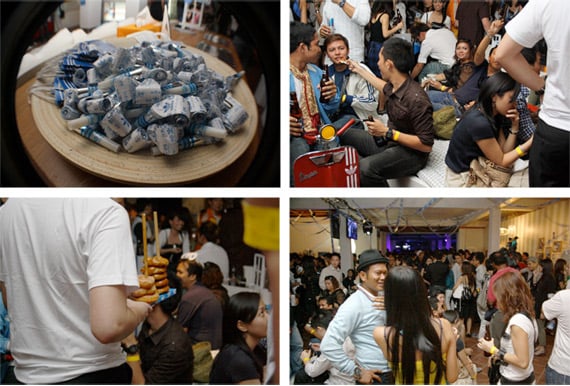 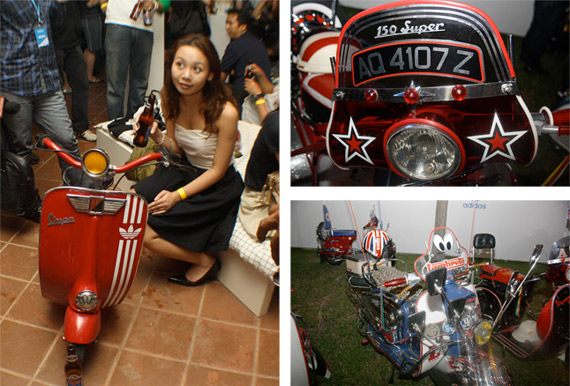 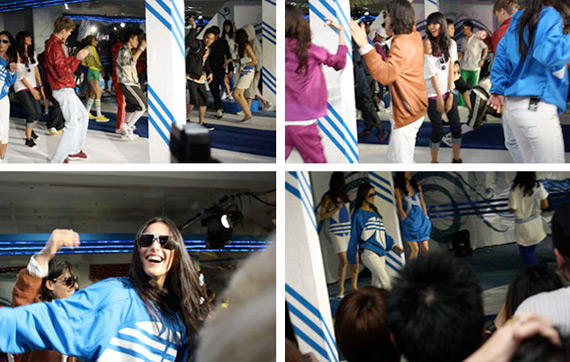 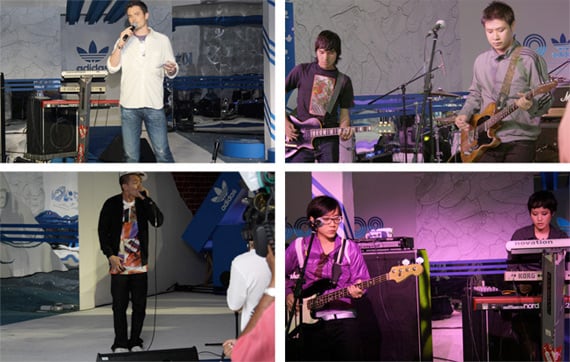