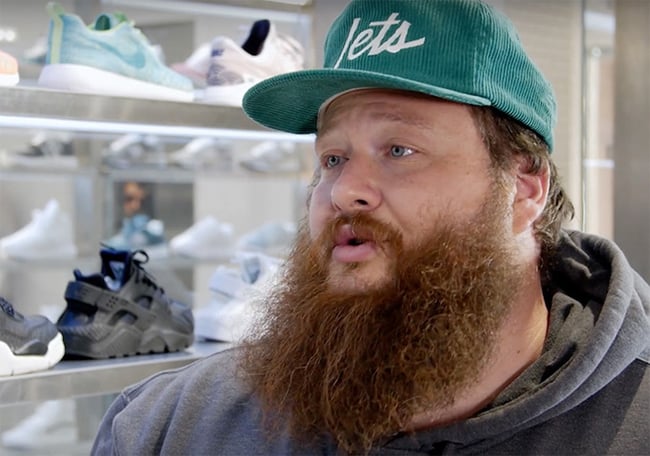 Action Bronson recently went sneaker shopping with Joe La Puma over at Complex and we have learned that he doesn’t wear Air Jordans. While he has two different reasons for not wearing them, the one that sticks out most is Bronson saying he has a personal issue with Michael Jordan.

Joe wanted to visit the Air Jordan section at KITH and at first, Bronson was reluctant to. They eventually went over to the section and then said:

“Nowadays this has just become the go-to shoe for every single human being and I just, I can’t do it,” Bronson explains. “I don’t like the quality of them. I don’t like the look of them anymore, something changed about it. The nostalgia isn’t there for me anymore, it became more of like a circus shoe.”

Joe then asked Action Bronson why he doesn’t wear Air Jordans and this is what he had to say:

“I have a personal issue with Mike,” the rapper responds when asked why he doesn’t wear Jordans. “We didn’t hit it off when we met. He looked at me as probably a little shit and he’s seven feet. He can like, dunk on me and put his nuts on my head, you know what I mean? So he could care less about me.”

Below is the full video of Action Bronson who does wind up picking up eight different sneakers. Let us know what you think of the rapper dislike for Jordan Brand.