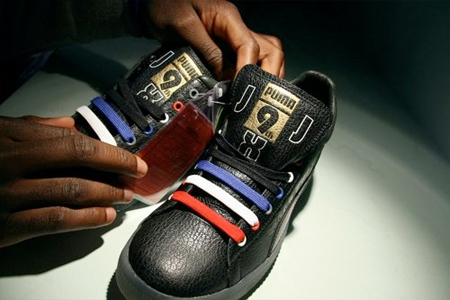 Hip-hop producer 9th Wonder has teamed up with Puma in another music inspired release. For those unfamiliar with 9th Wonder, he has worked with a host of artists including Mos Def, Memphis Bleek, The Game, Destiny’s Child and many others in the past. 9th Wonder is also a member of Justus League, a collective rap group whose name appears on the sneakers. For the collaboration, 9th Wonder implements a black upper with Justus League written on one side and an enlarge 9 on the other.  The outersole finished off with a translucent finish with 919 on the bottom, the area code of Rahleigh, North Carolina. Stay posted for more details and a release update as news breaks. 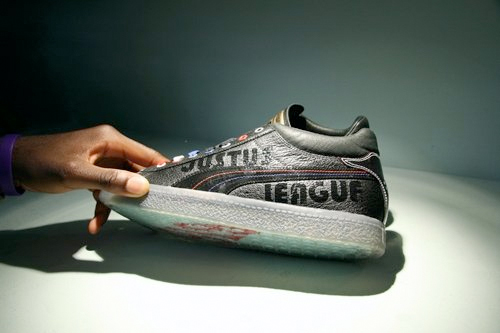 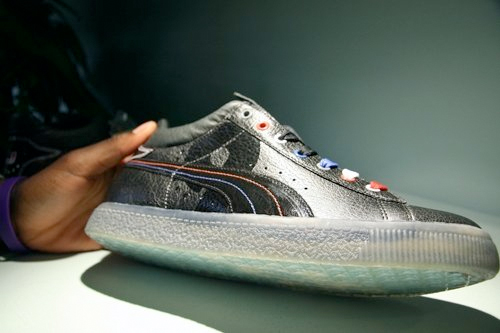 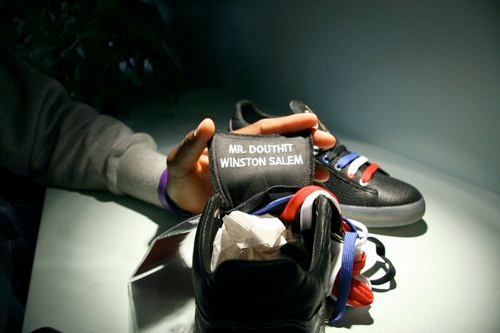 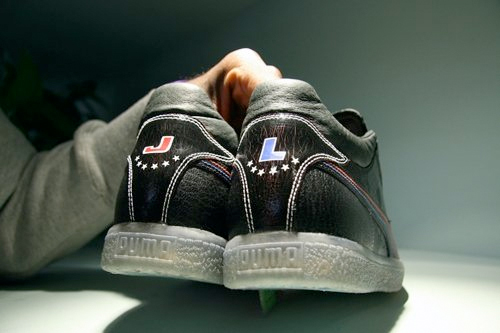 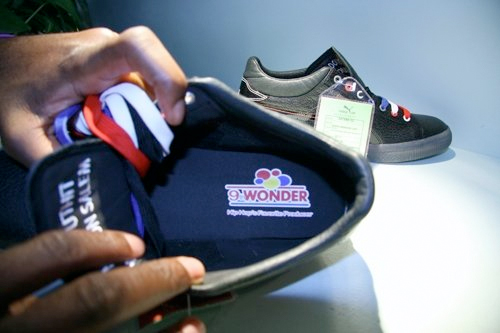 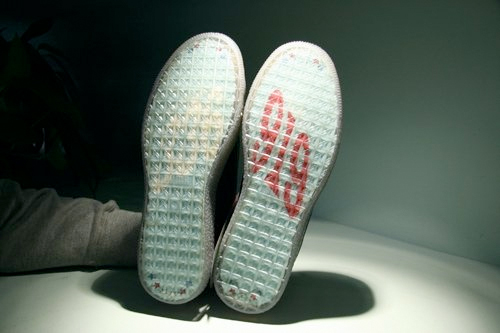