The Vans Era is one of the first shoes designed specifically for skateboarding, and released in March 1976. The shoe featured a very simple yet durable design. 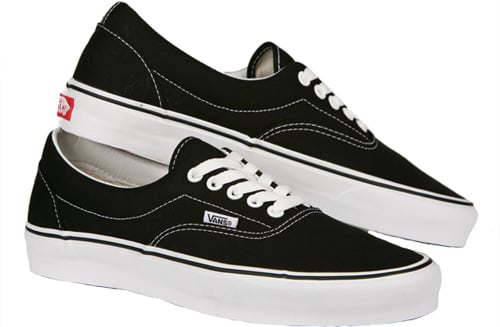 The Vans Era was very popular with BMX riders in the 1980’s, as its flexible design allows for more feel of the bicycle. Even today, the Vans Era remains one of the most popular sneakers.