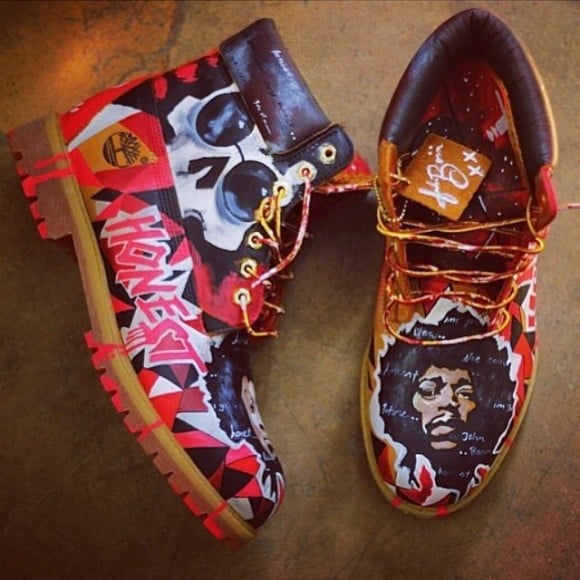 For the last few years, the hip hop music industry has been taken over by the semi-R&B crooning, trap-star rapper that is Future. This past Tuesday, April 22, Future released his debut album, Honest, to high anticipations from music fans. To celebrate the album release, sneaker artist John Born, of Born Originals, created a custom pair of work boots for the Atlanta-native rapper. The Timberland 6-inch custom boots by Born Originals have a Future-Hendrix theme, and see collage graphics and portraits, with accents of red. Multiple portraits of Jimi Hendrix appear on the custom boots, with a multi-tonal red prism color blocking serving as the base design of these boots. Red paint bleeds down into the soles of the Timberlands, giving them a rough and tough aesthetic. The title of Future’s debut album appears in a large, red font across the right boot, while “FUTURE HENDRIX” dominates the left. We’ll be sure to keep an eye out for Future to be rocking these soon! Keep scrolling for more angles on these boots from Born Originals! 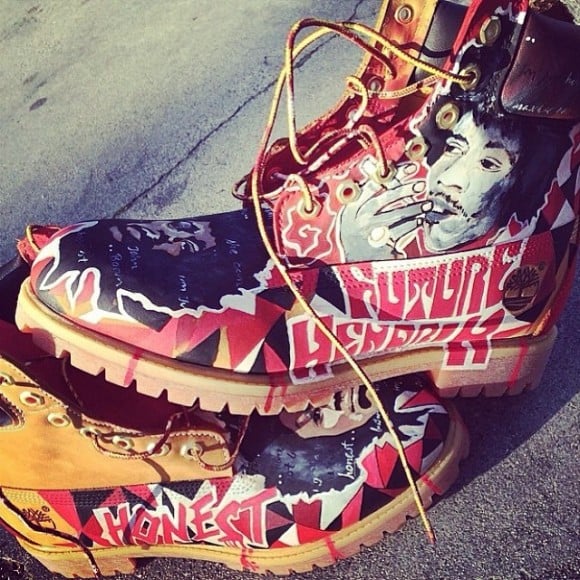