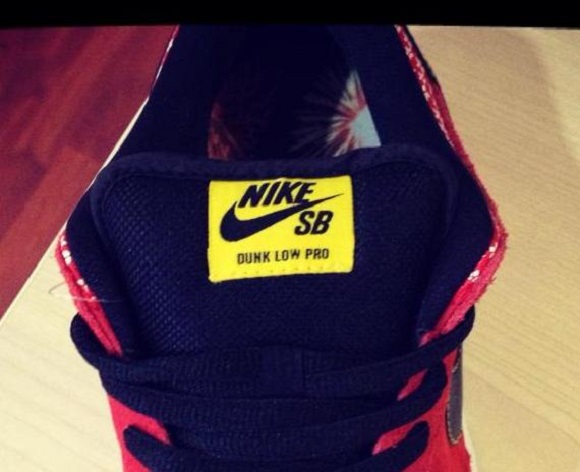 About a month ago, we showed you images of the Nike SB Dunk Low “Flammable” aka “Firecracker”, the black SB Dunk that featured the red star pattern along the collar inspired by the paper wrapping found on those cheap Chinese firecrackers most of us remember from the pyro-inclined days of our youth. Rumors had floated around of a companion pair which was essentially an opposite of the black pair, supposedly featuring the firecracker print on the majority of the upper, with black accents where the firecracker accents appeared on the first pair. Now, those hopes have been shattered with the leaking of this photo.

What appears to be the red-headed sister of the black beauty, the “Firecracker Pt. 2” features same set-up as “Pt. 1”, only instead of a black nubuck upper, we have a red version. The same firecracker print from the first pair can also be found on the collar of this pair, as well as the yellow “Nike SB” label on the tongue and the fireworks print on the insole. The shoe also appears to sit atop a white midsole and black outsole, like the black version, although the red version features a black swoosh with yellow stitching along the upper, whereas the black version features a white swoosh with the same yellow stitching.

Little info is known about this red iteration, and while it could be possible that the rumored “Flammable Flip” is still going to be released and this red pair is just a sample that Nike SB nixed in favor of the black version, with no images having leaked yet of the “Hotness Monster” (Get it? Hot/Flammable, Loch/Hot, Lochness/Hotness, rumored but never seen? Nevermind…), we can pretty much chalk that up to the typical rumor-mongering that comes with any big rumored sneaker release (gotta love the internet!).

So, which version are you liking more; the black or the red? Wish the rumored “Firecracker Flip” was the real “Firecracker Pt. 2”? Hate all three of these pairs, and have no idea what a firework is, thanks to growing up with cruel, cruel parents who banned anything fun? Let us know in the comments below, and take another look at the leaked pic and the fireworks that inspired the unique pattern on the kicks after the jump. Keep it locked at SneakerFiles.com for more info as it breaks on this upcoming release (July 4th, maybe?). 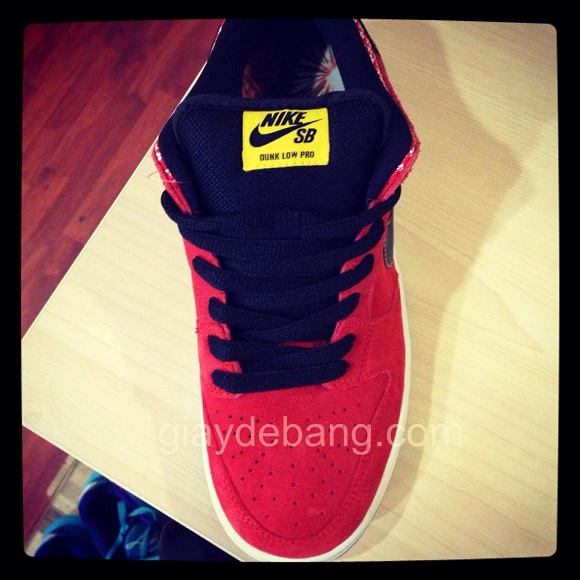 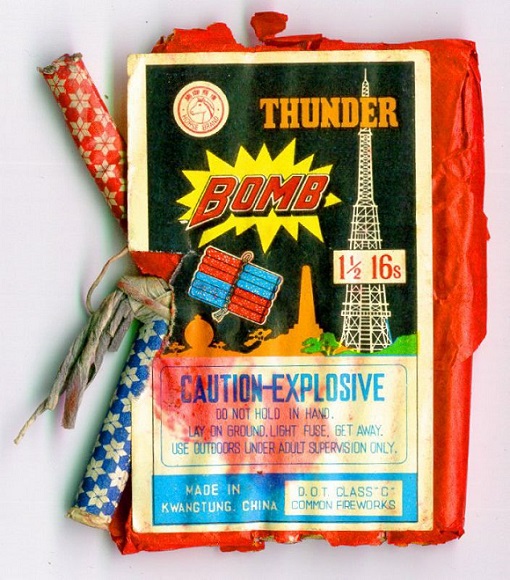