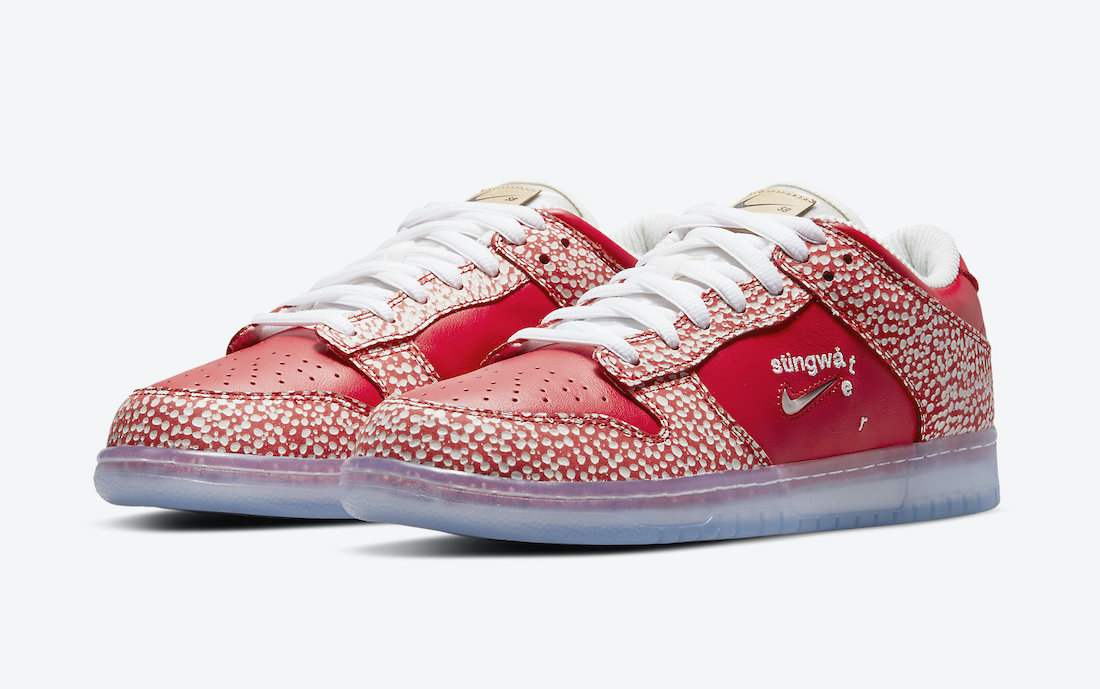 Stingwater is a label by Daniel Kim, will connect with Nike Skateboarding to release a special collaboration. The two will link on one of the most popular models in 2021, the SB Dunk Low.

Looking closer, this Nike SB Dunk Low features Red leather across the panels, ankle, and toe while safari-like print in White and Red appears on the overlays and eyestay. On the lateral side, we have a jeweled Swoosh while Stingwater’s drip branding is placed just above it. The insoles feature Green with ‘Please don’t step on me, I’m trying to GROE’ written across it. Finally, an icy translucent midsole and rubber outsole with ‘Plant Emoji’ and ‘With Eyes’ finish the look.

You can expect the Stingwater x Nike SB Dunk Low ‘Magic Mushroom’ to release at select skate shops and Nike.com on May 10th. The retail price is $125. Continue to scroll below for more images that will give you a closer look. 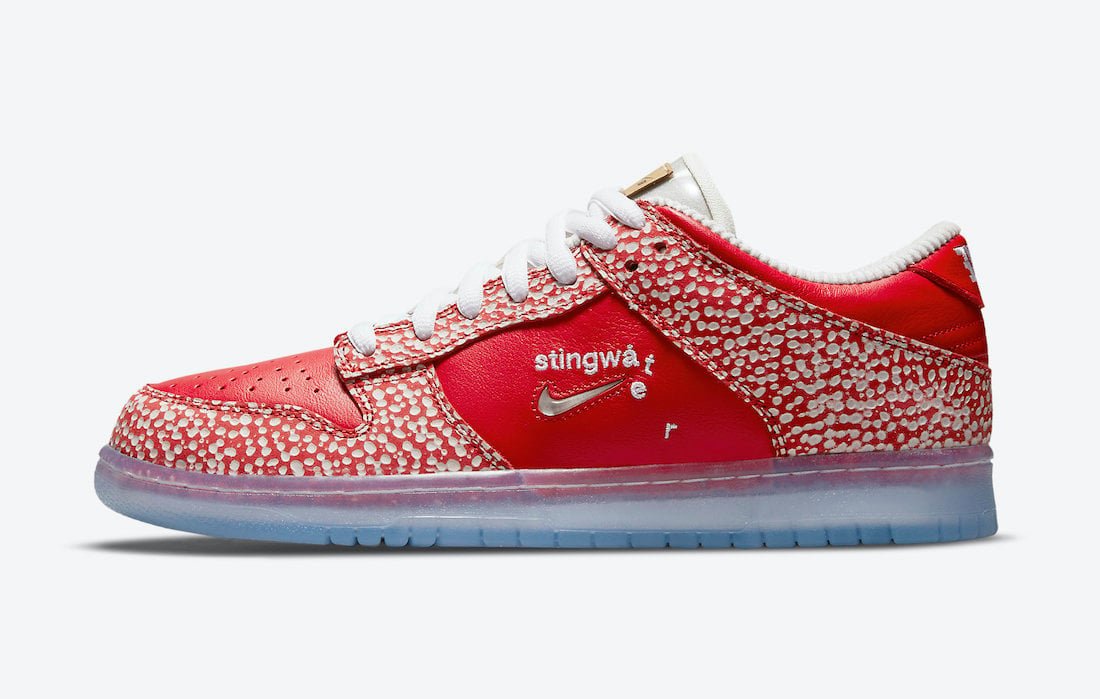 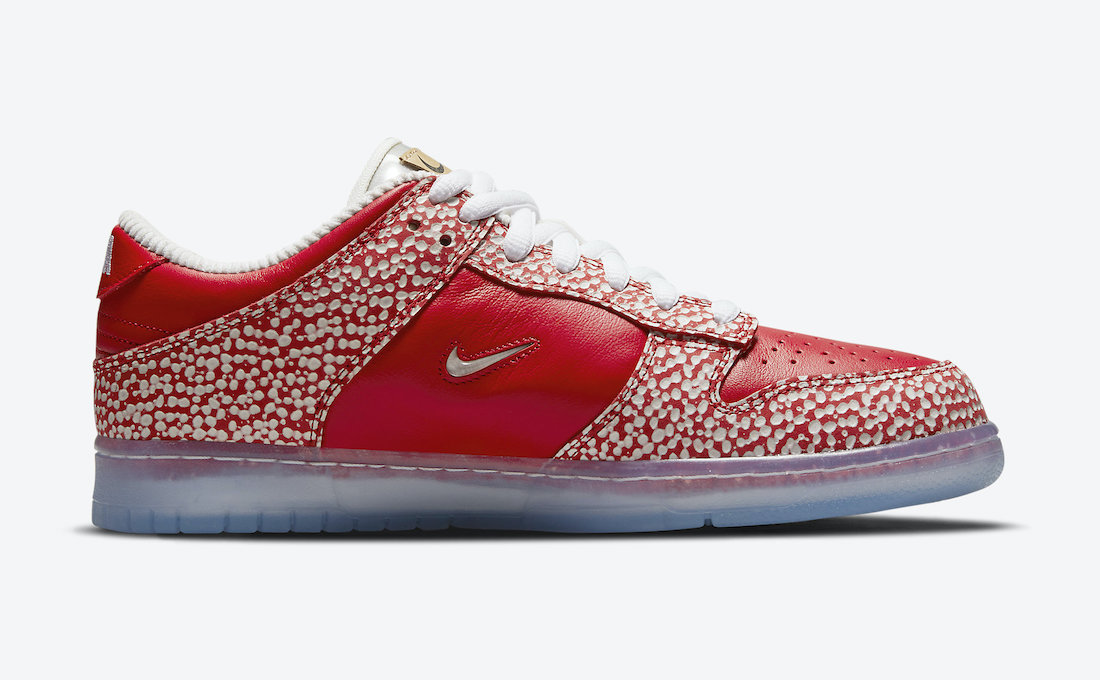 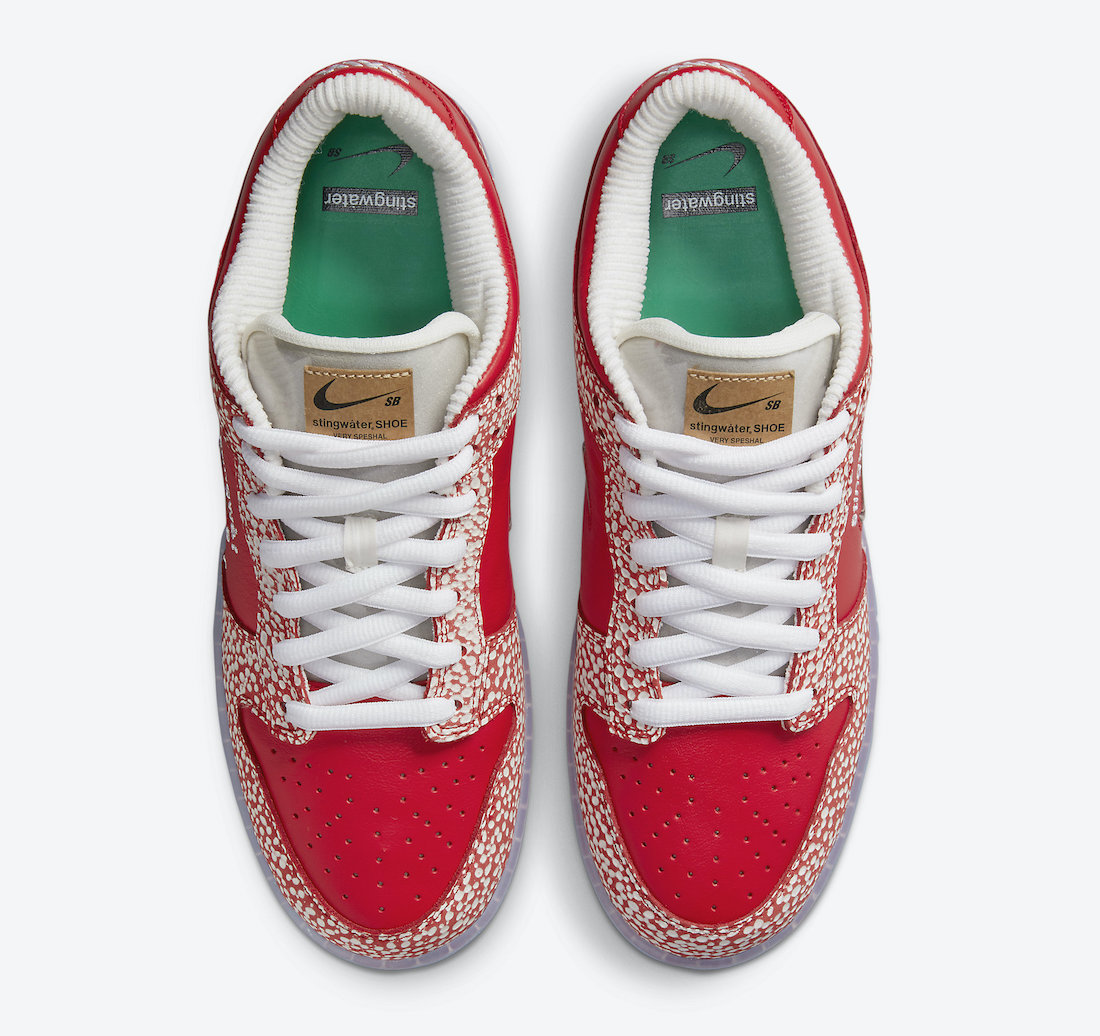 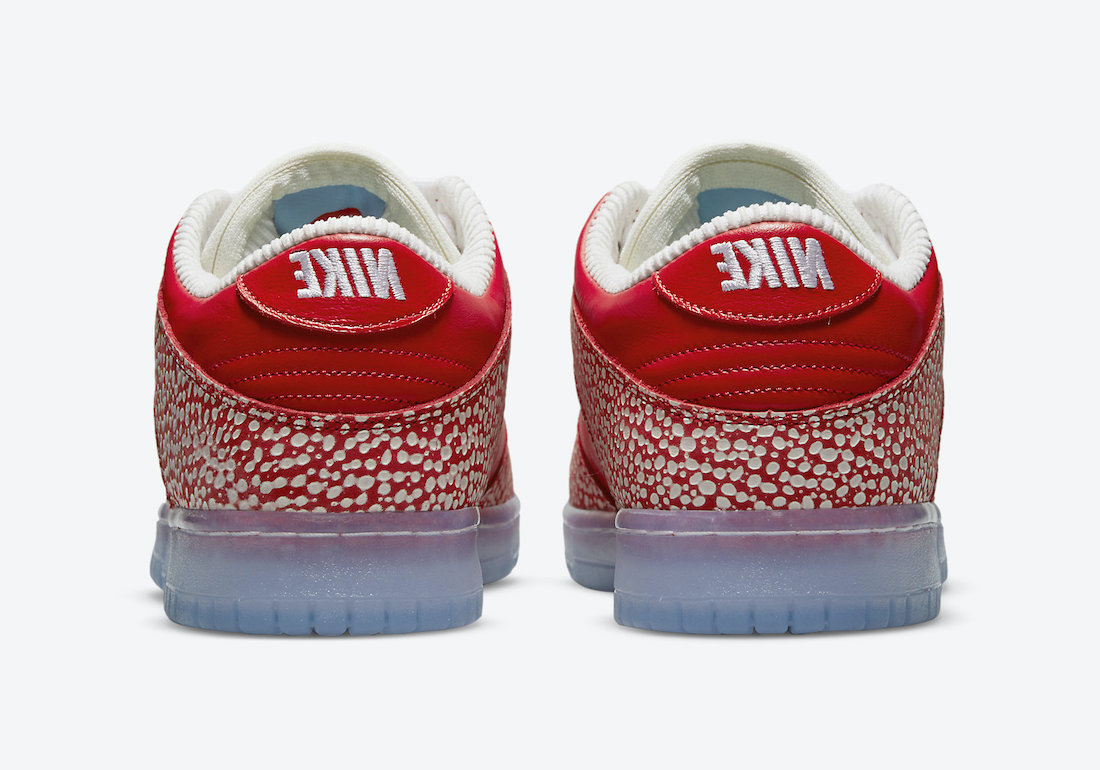 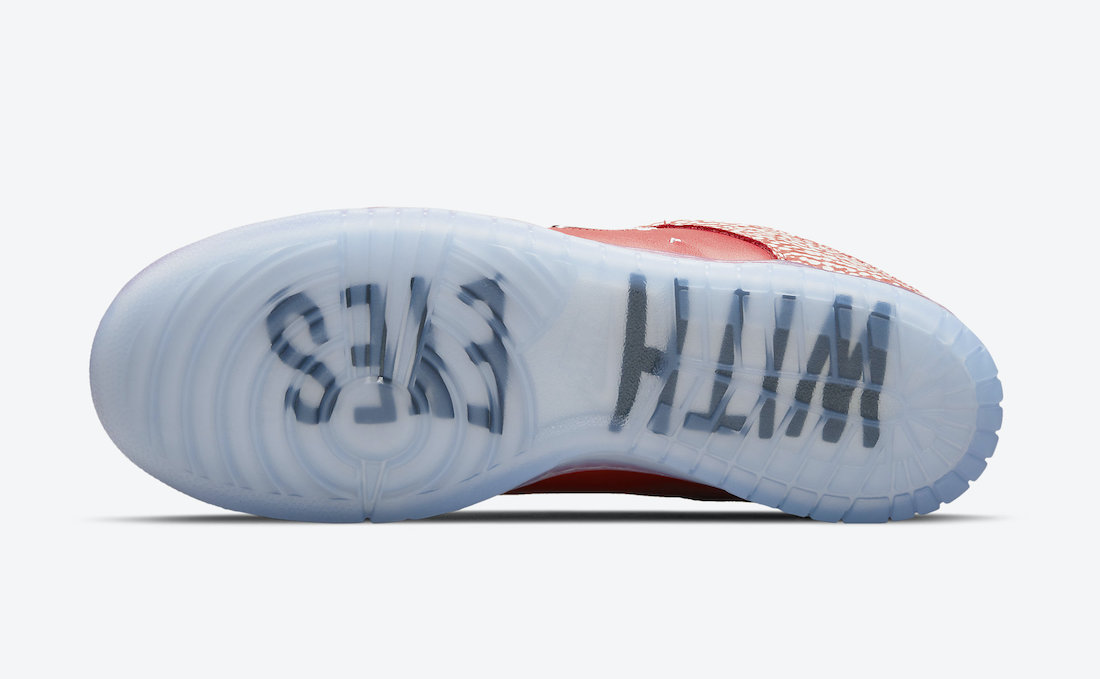 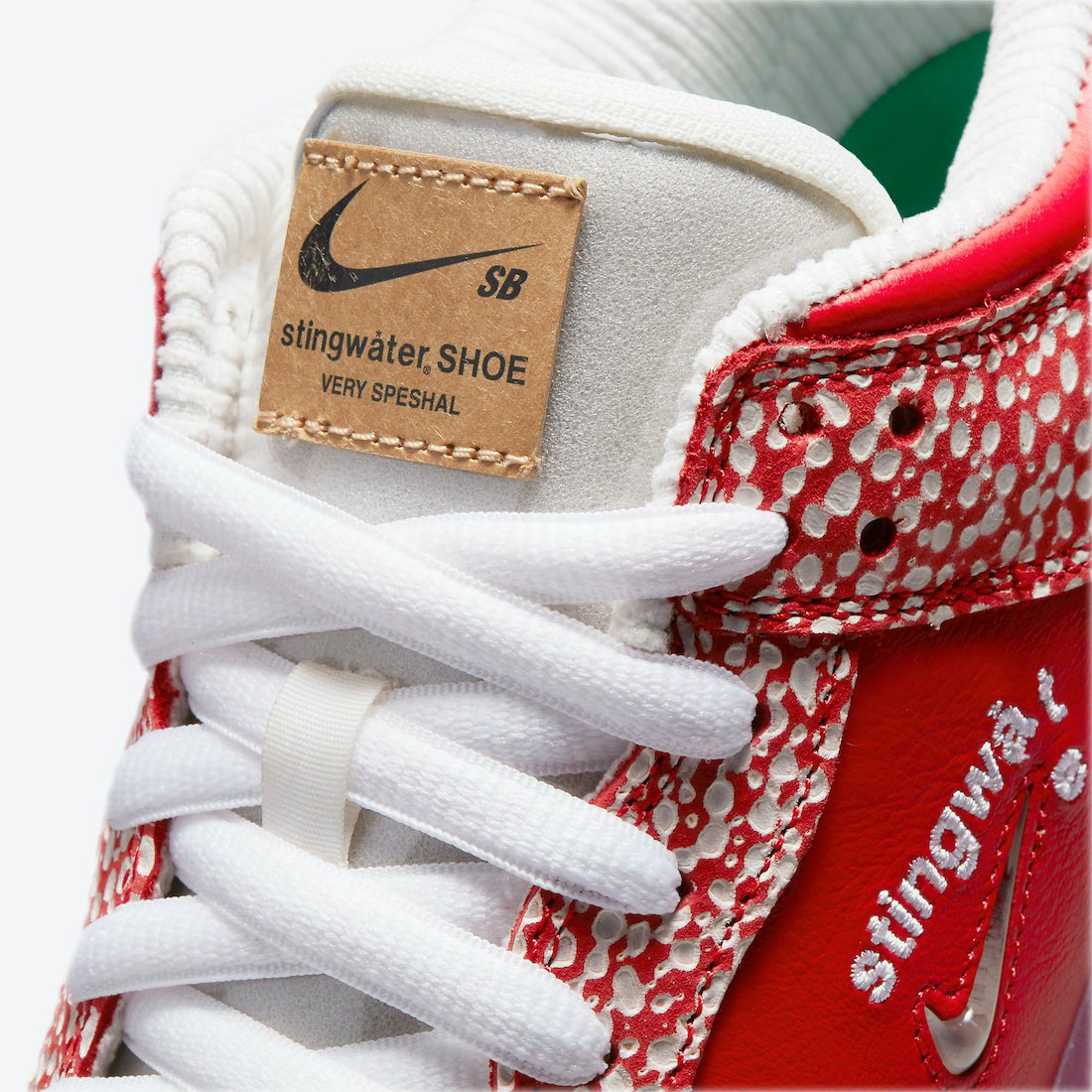 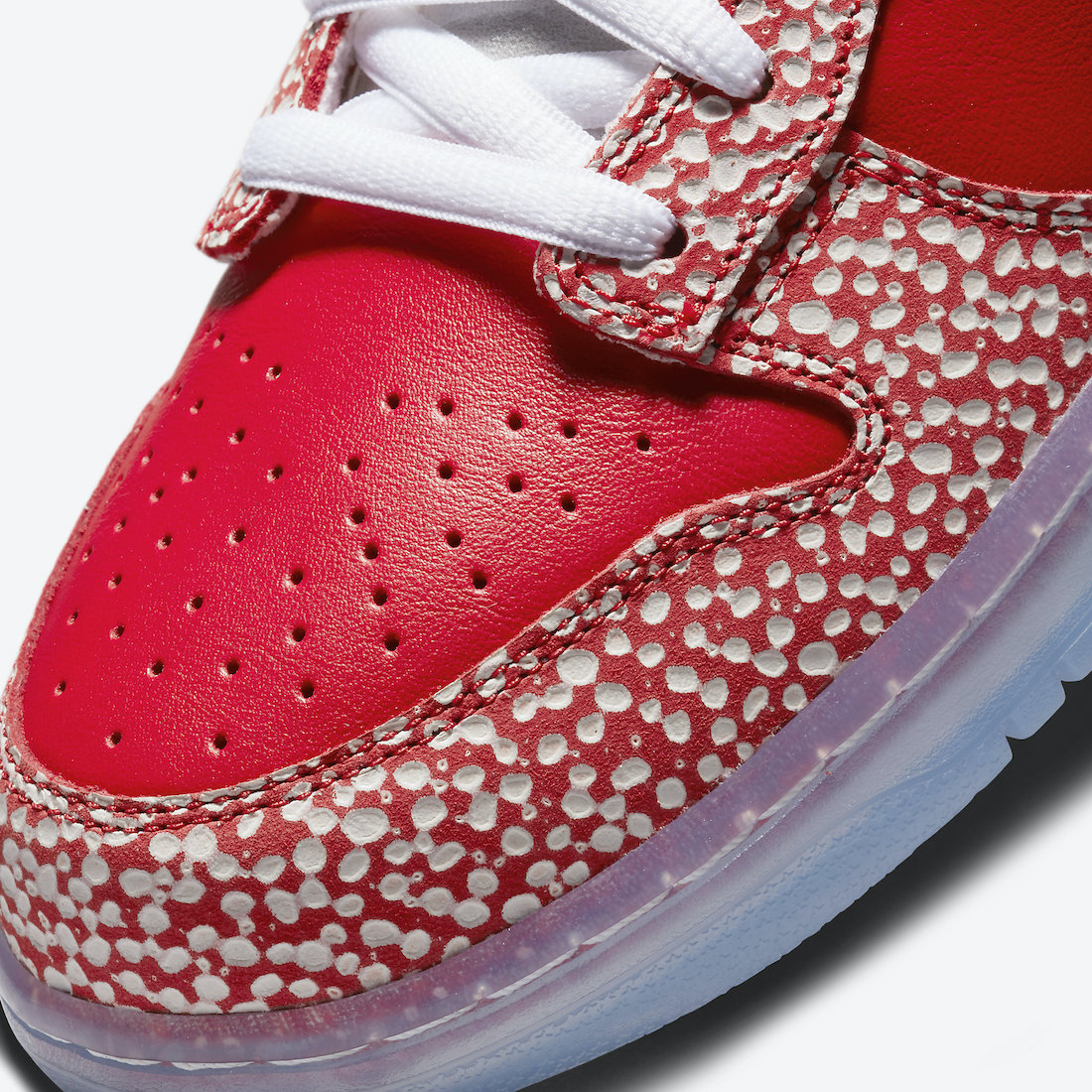 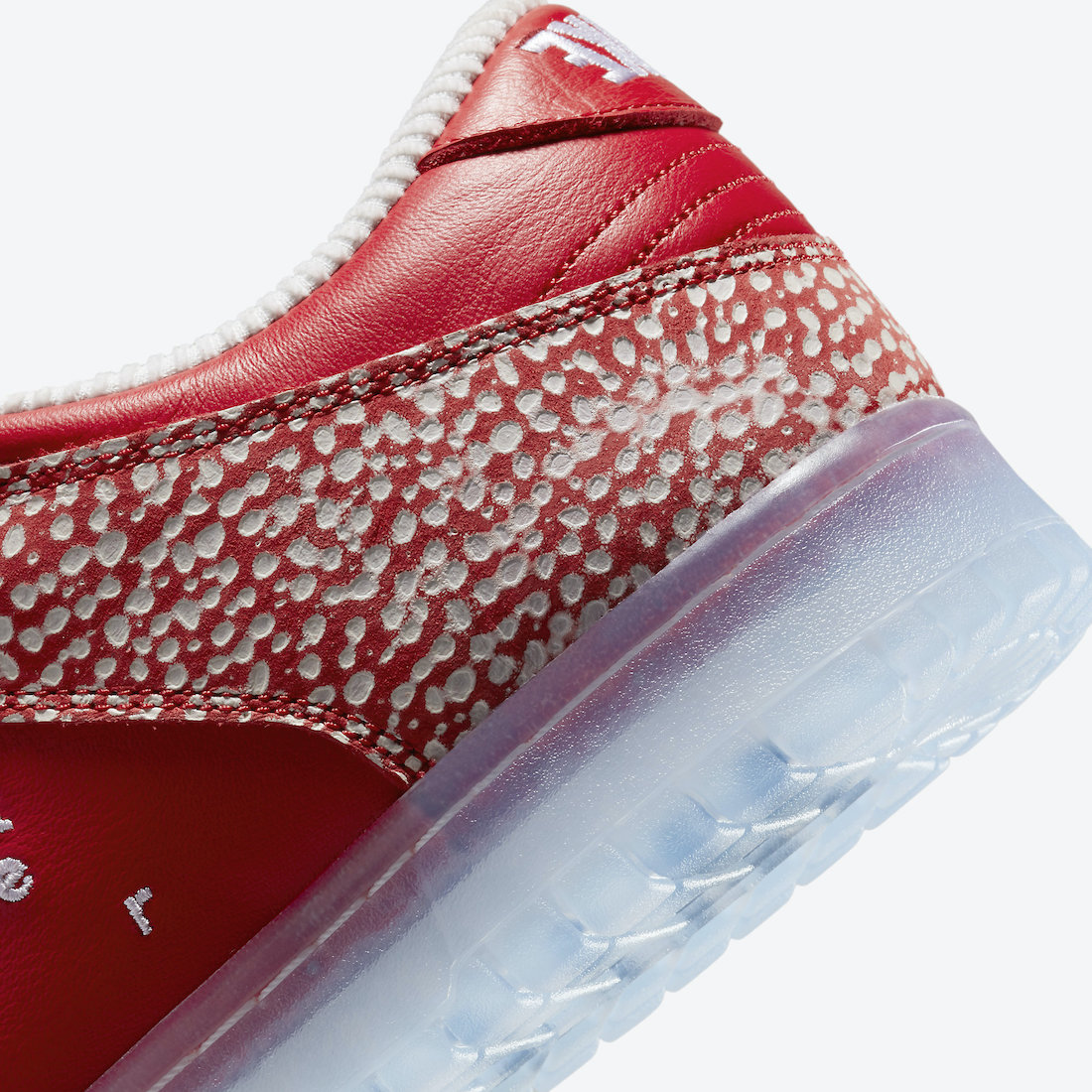 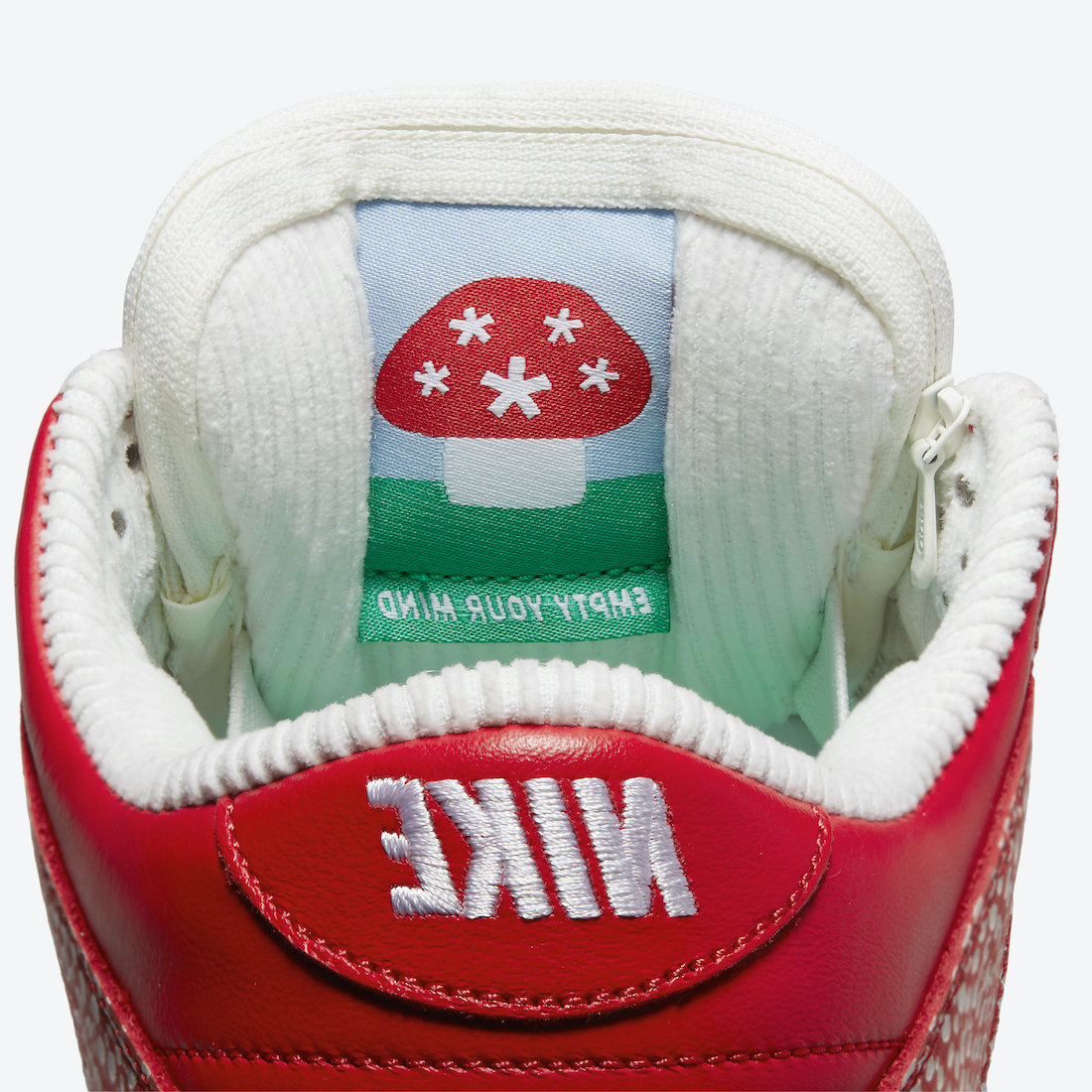 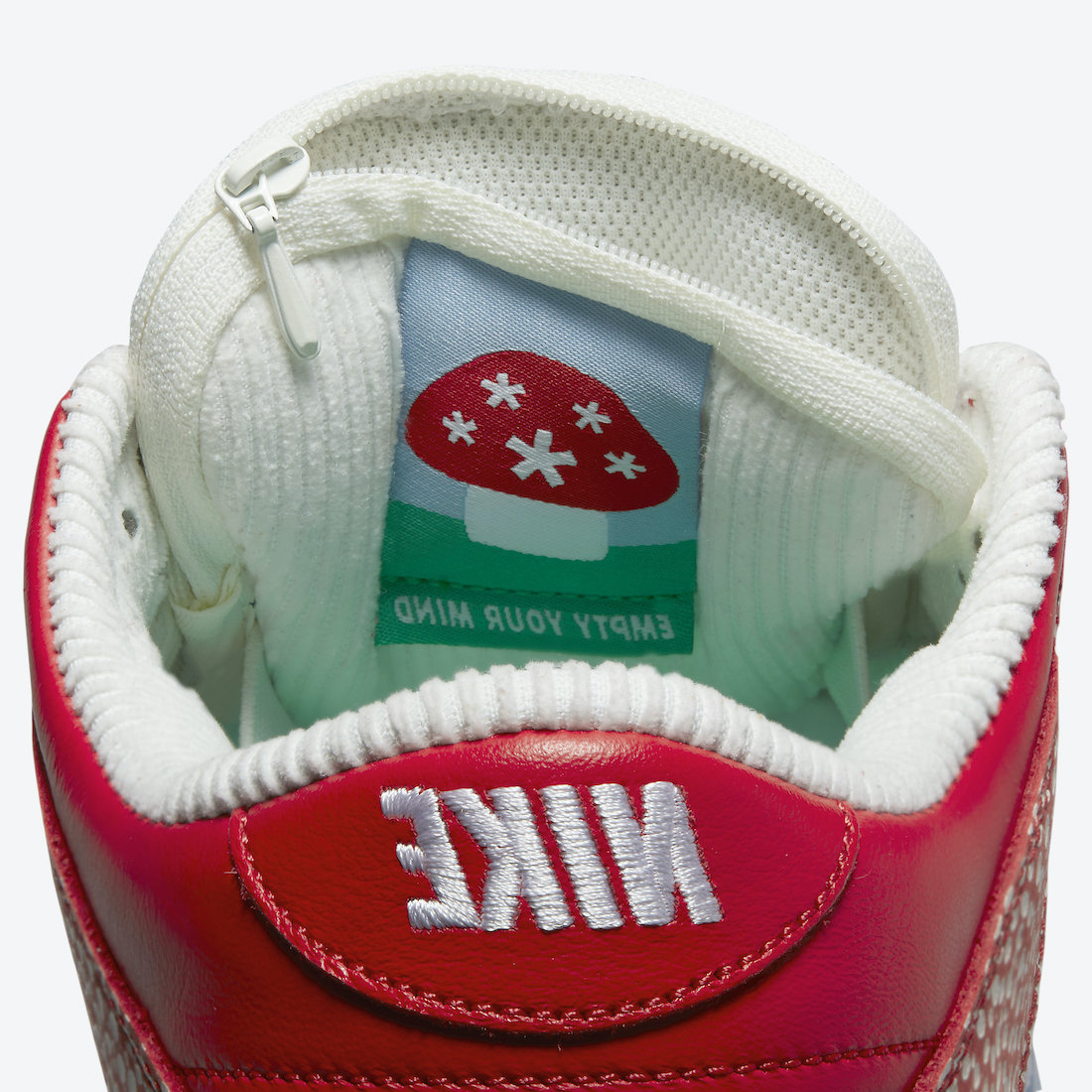 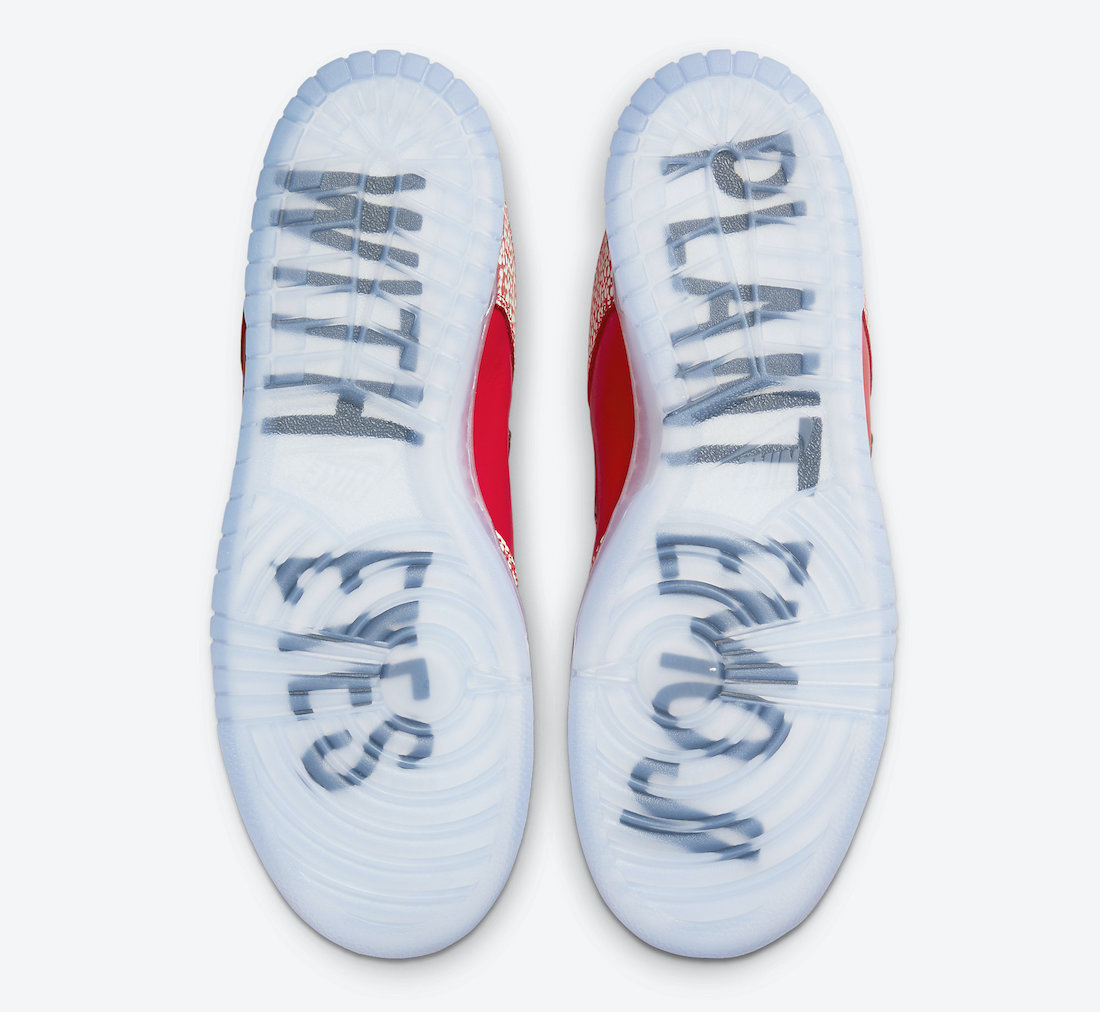 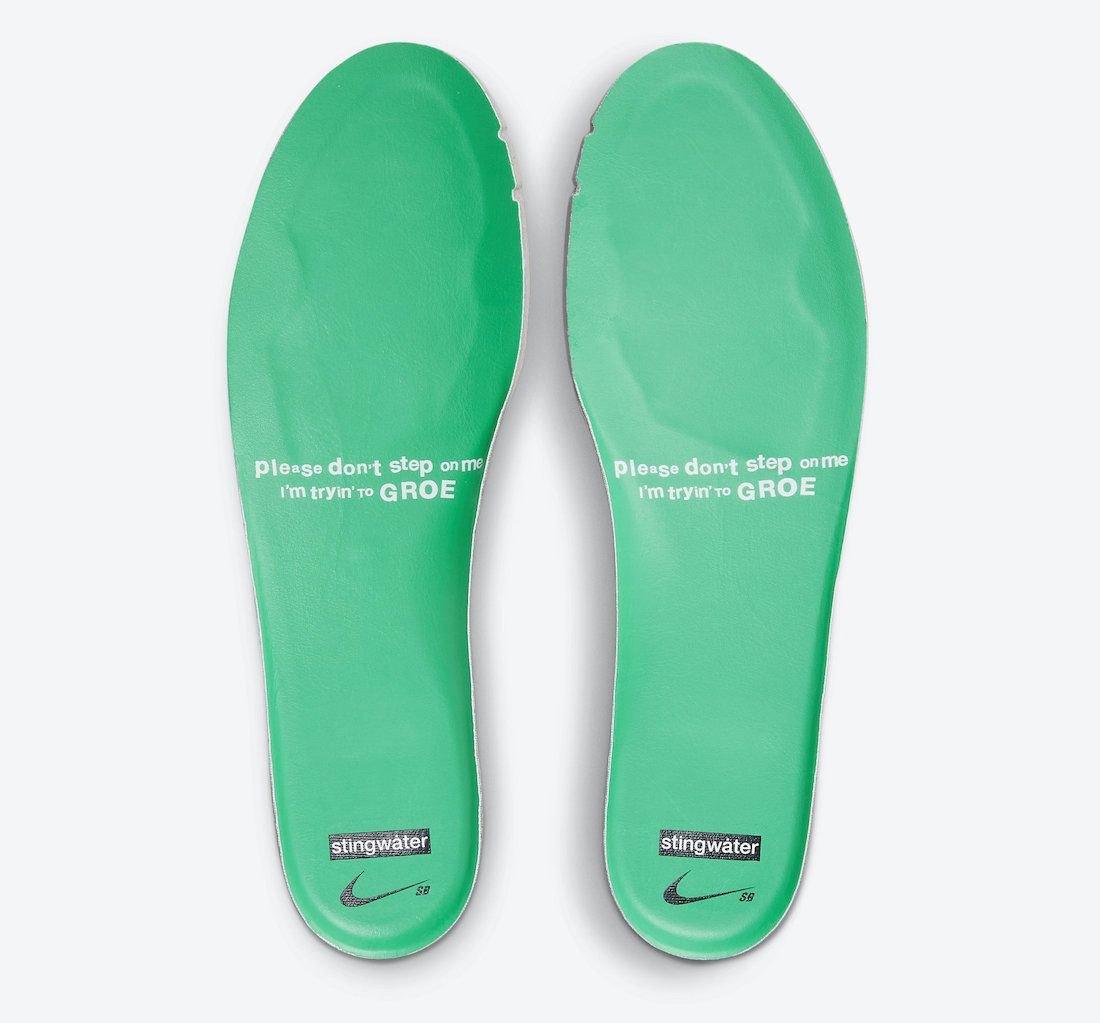 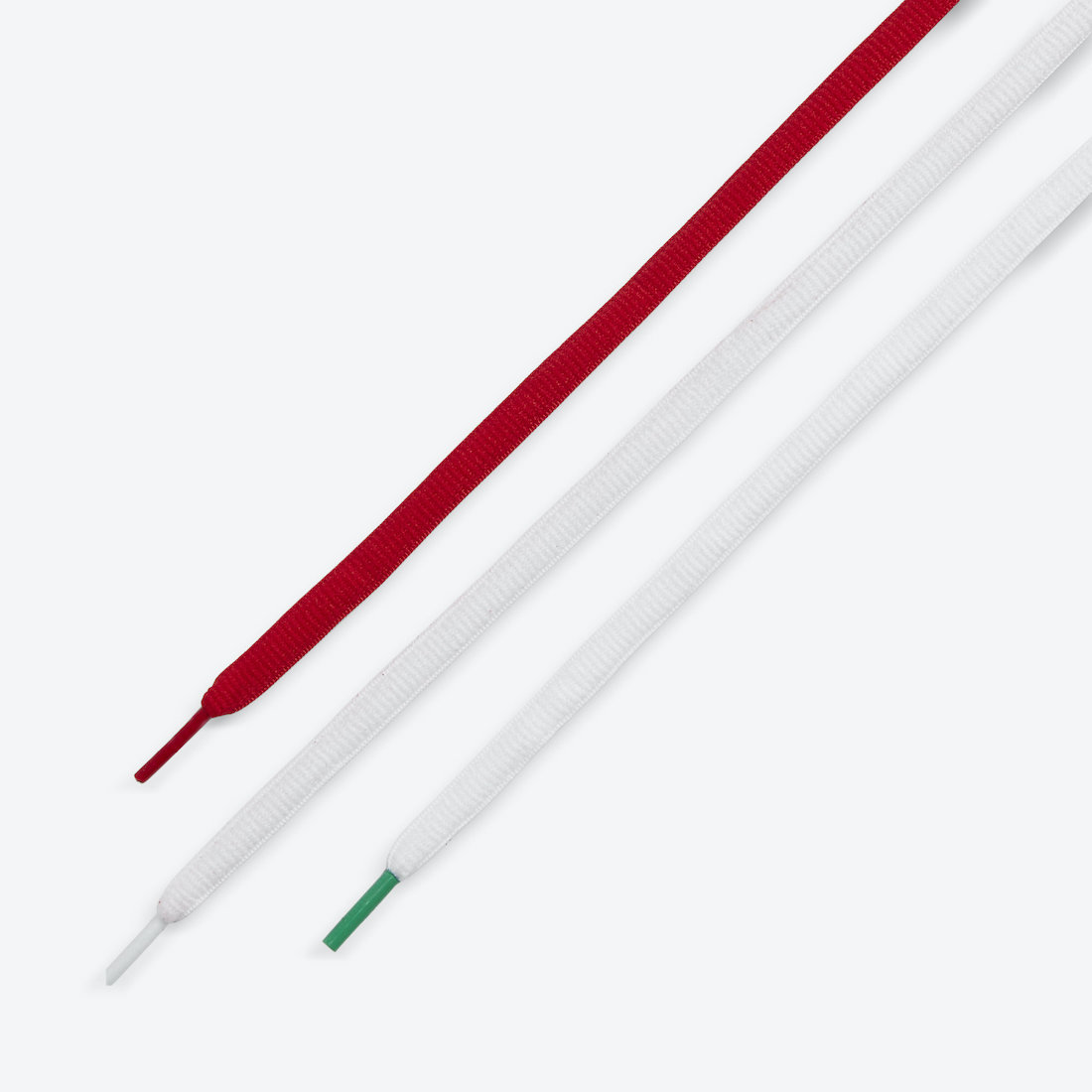 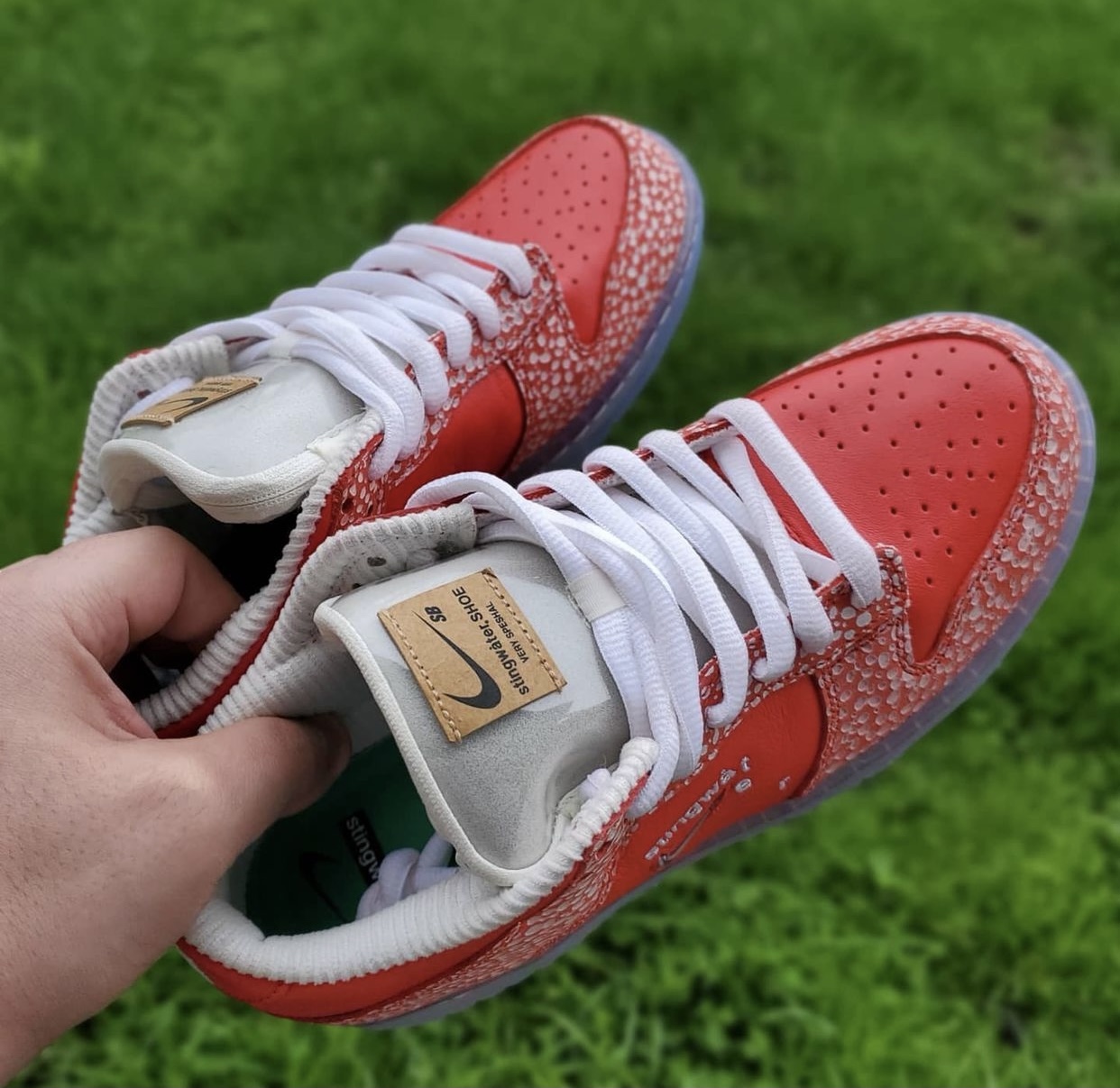 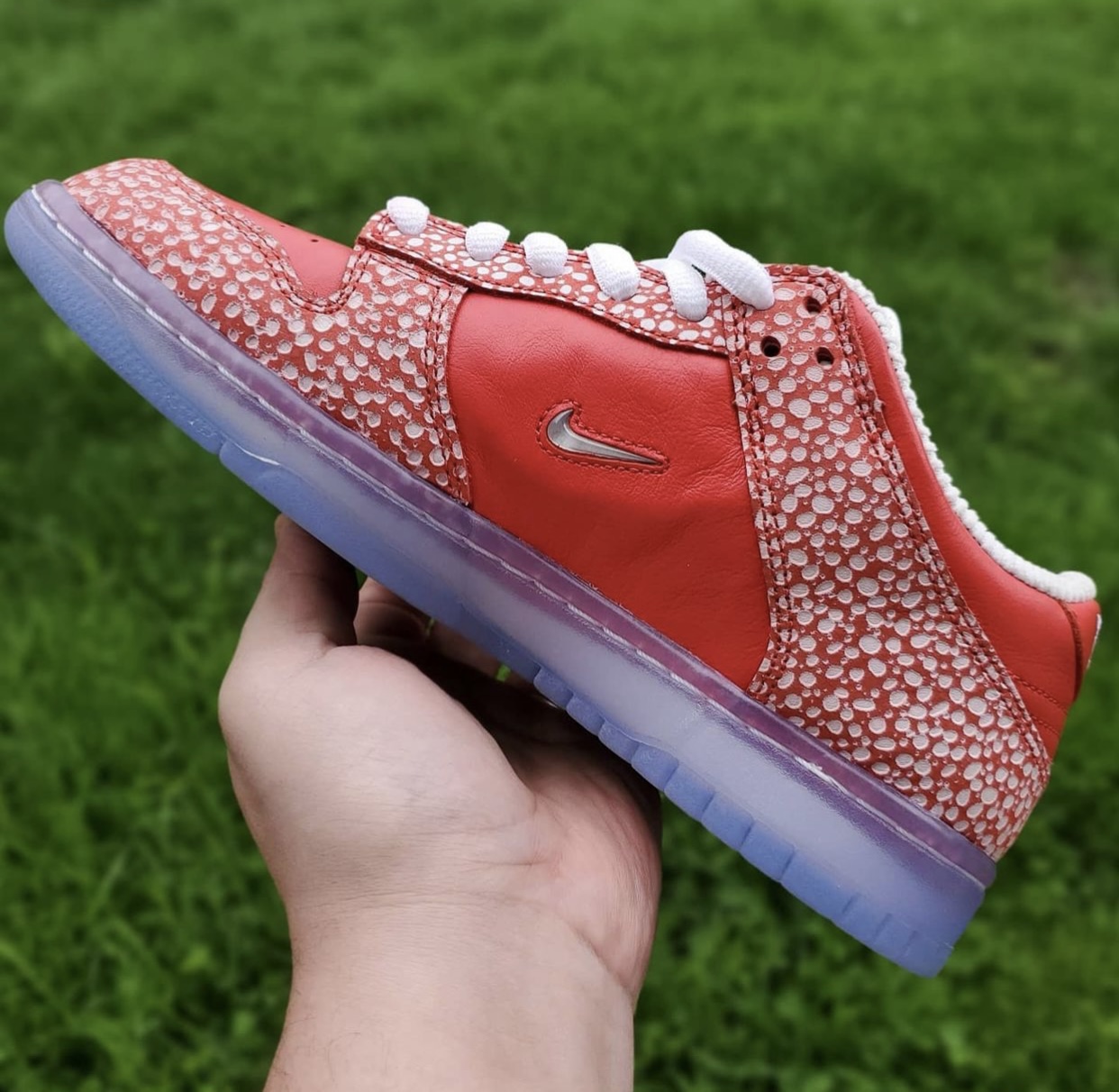 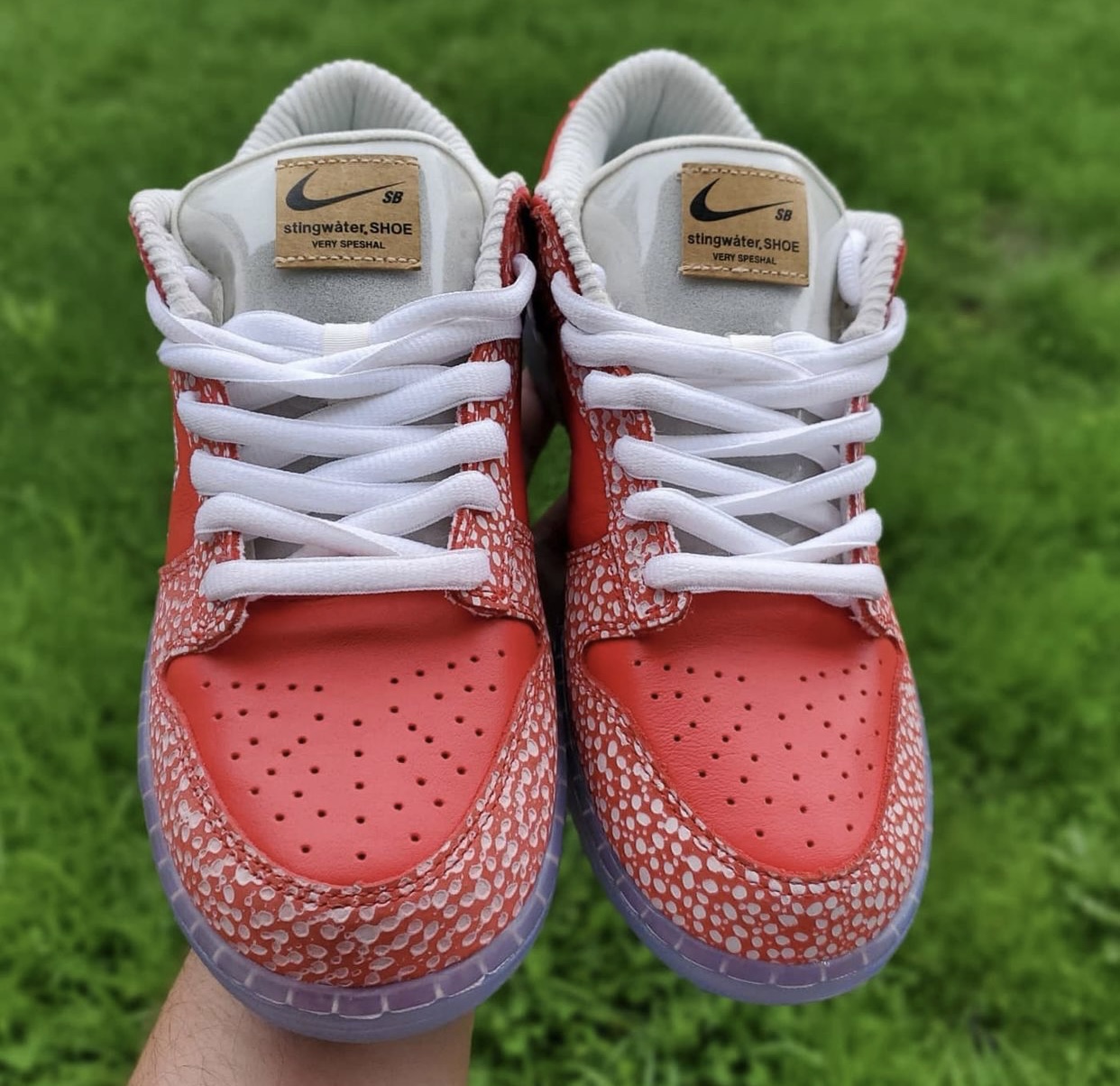 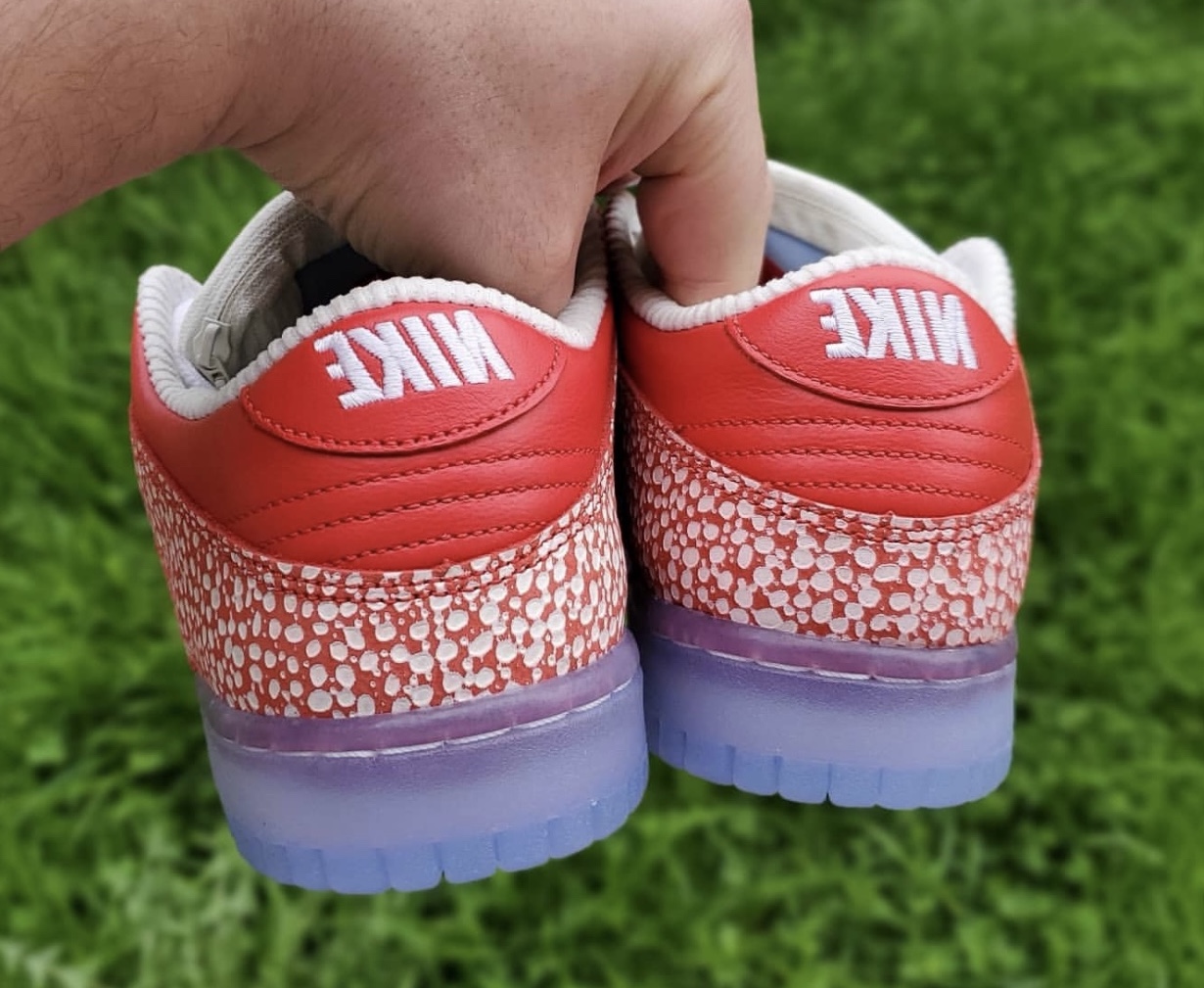 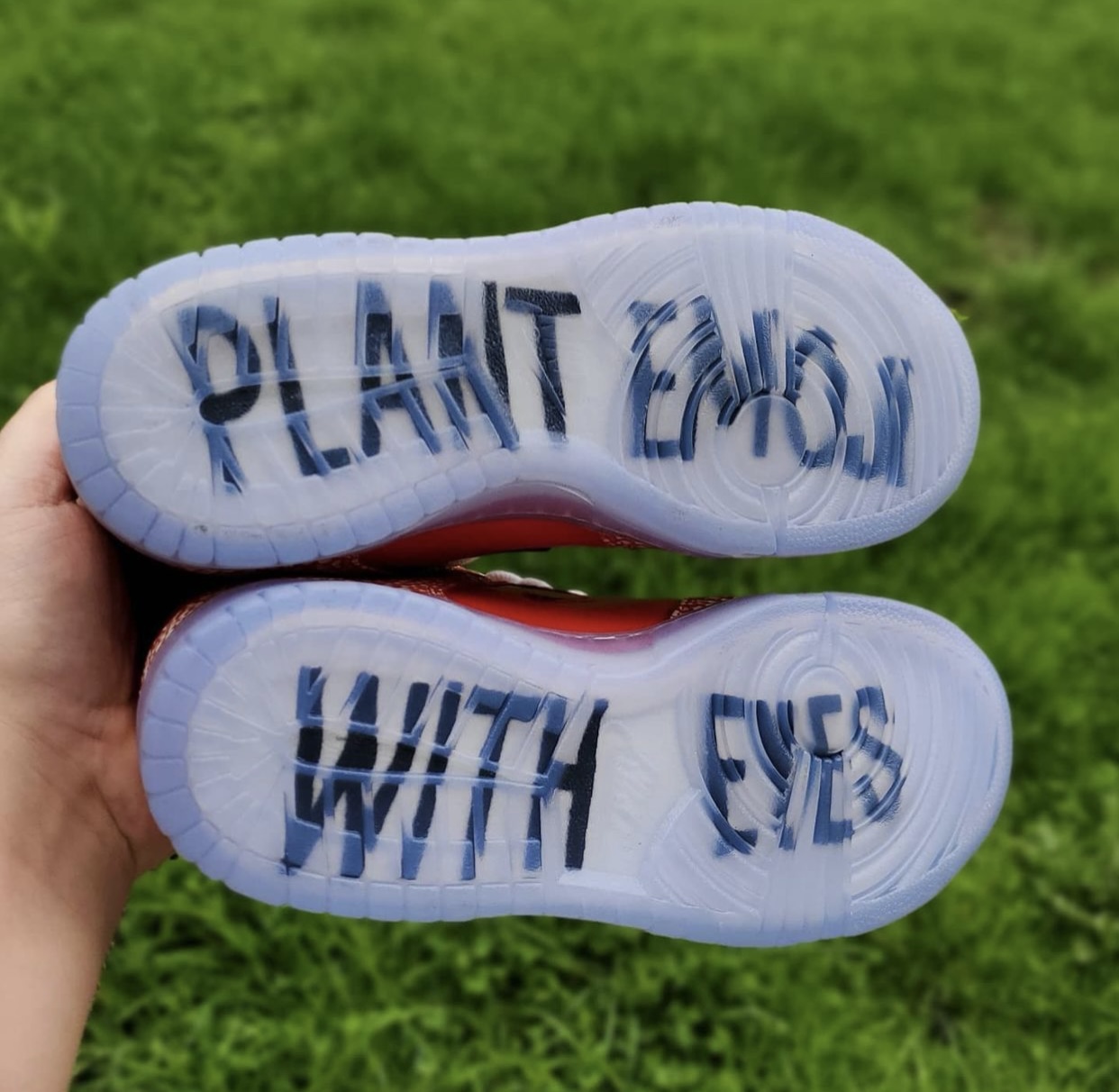 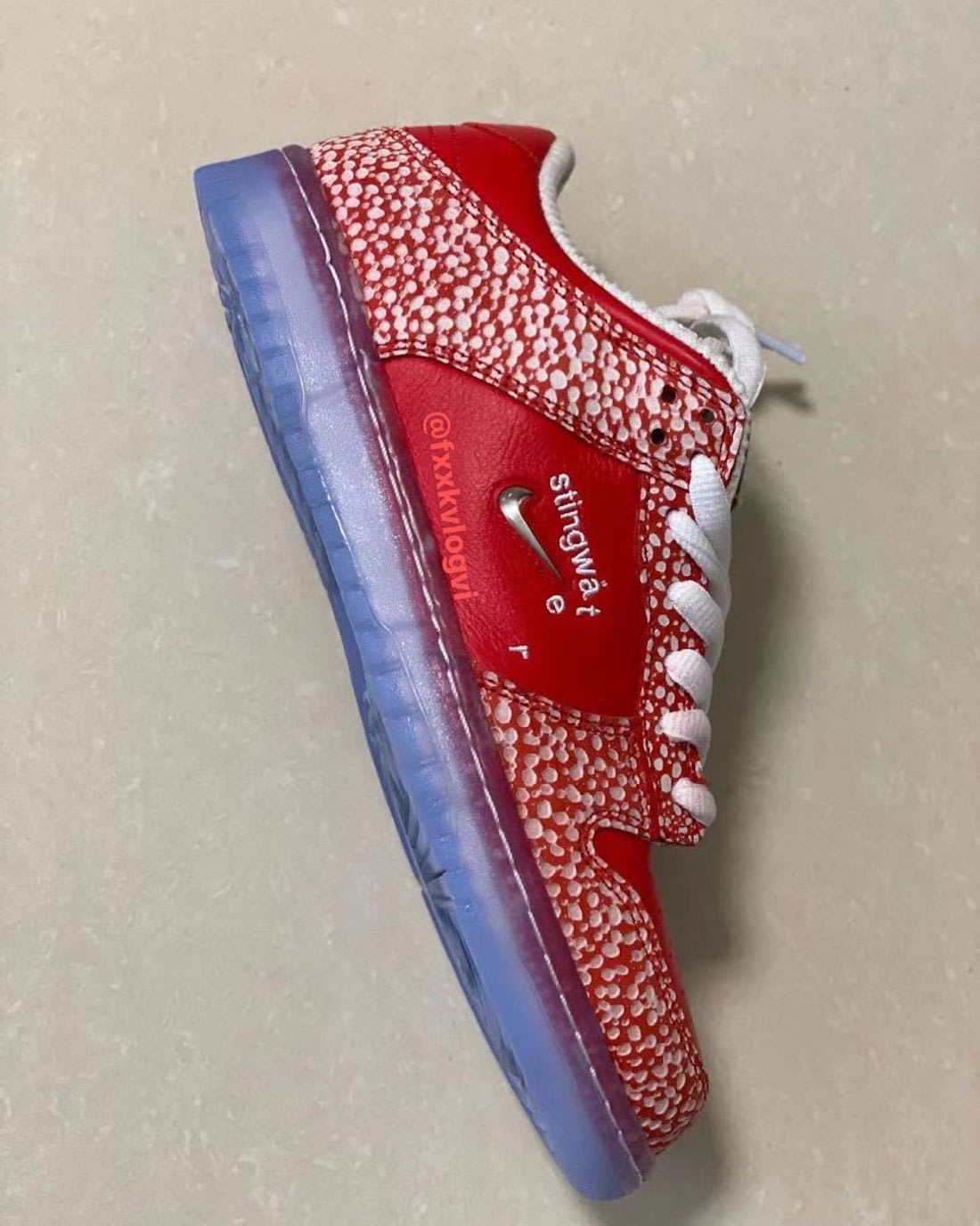 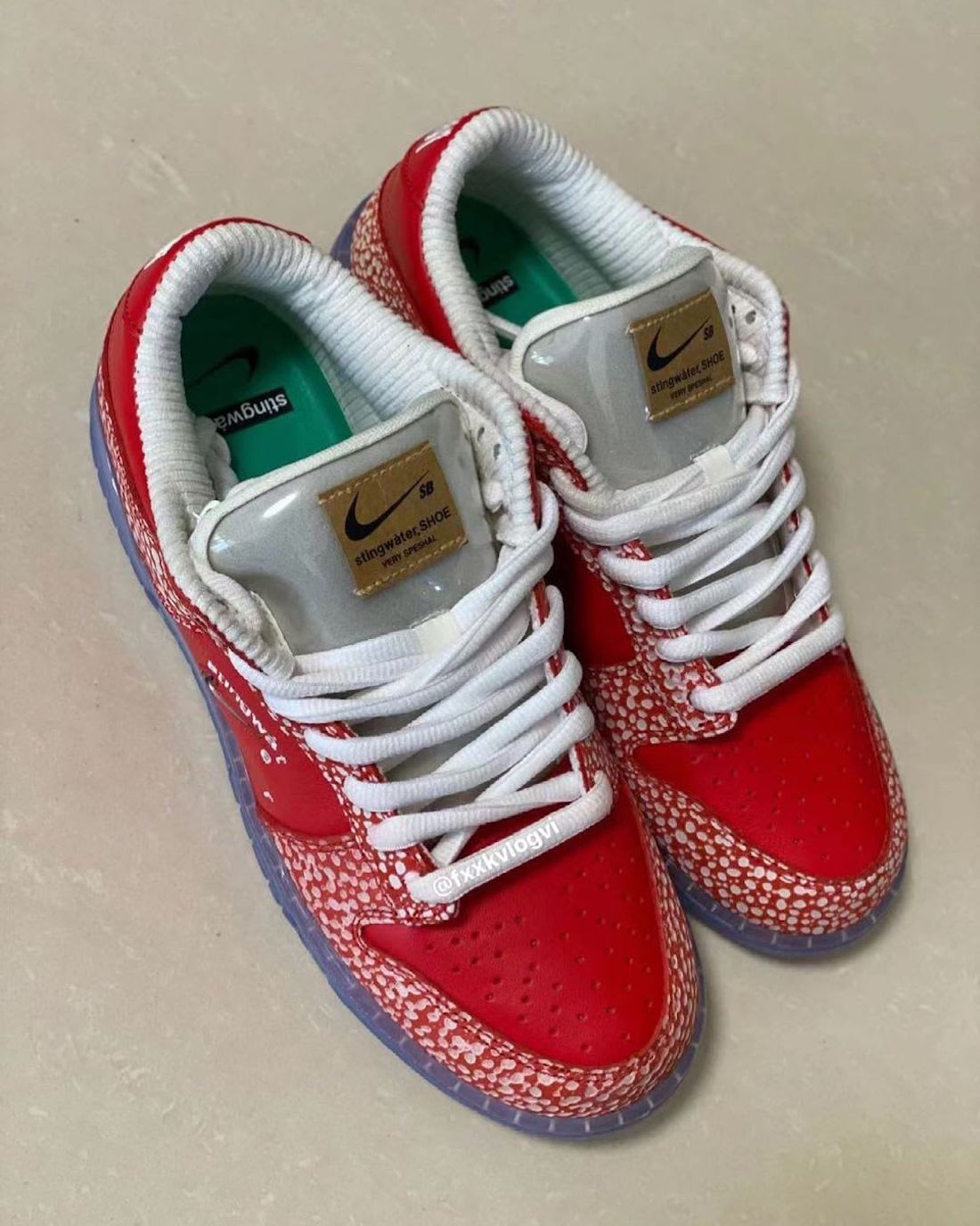 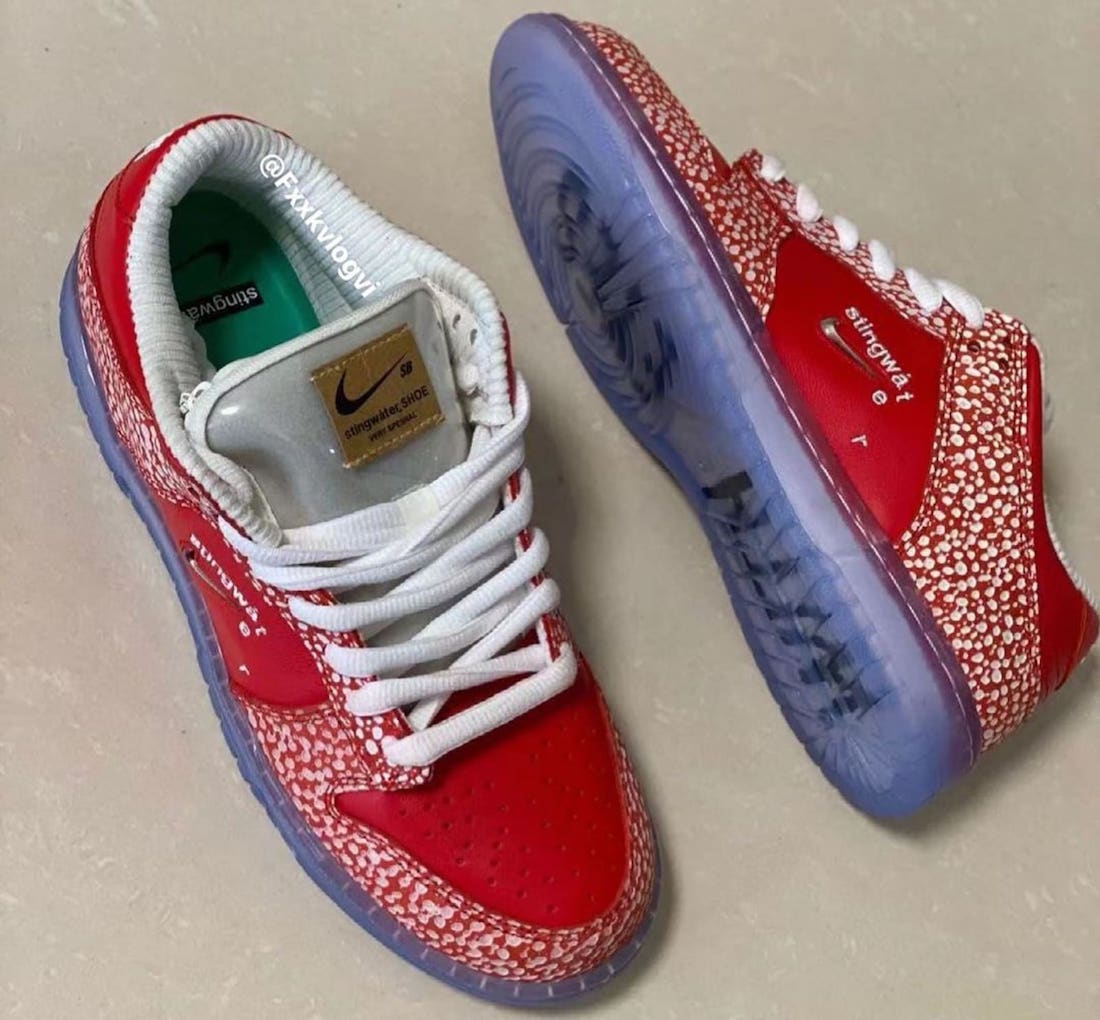 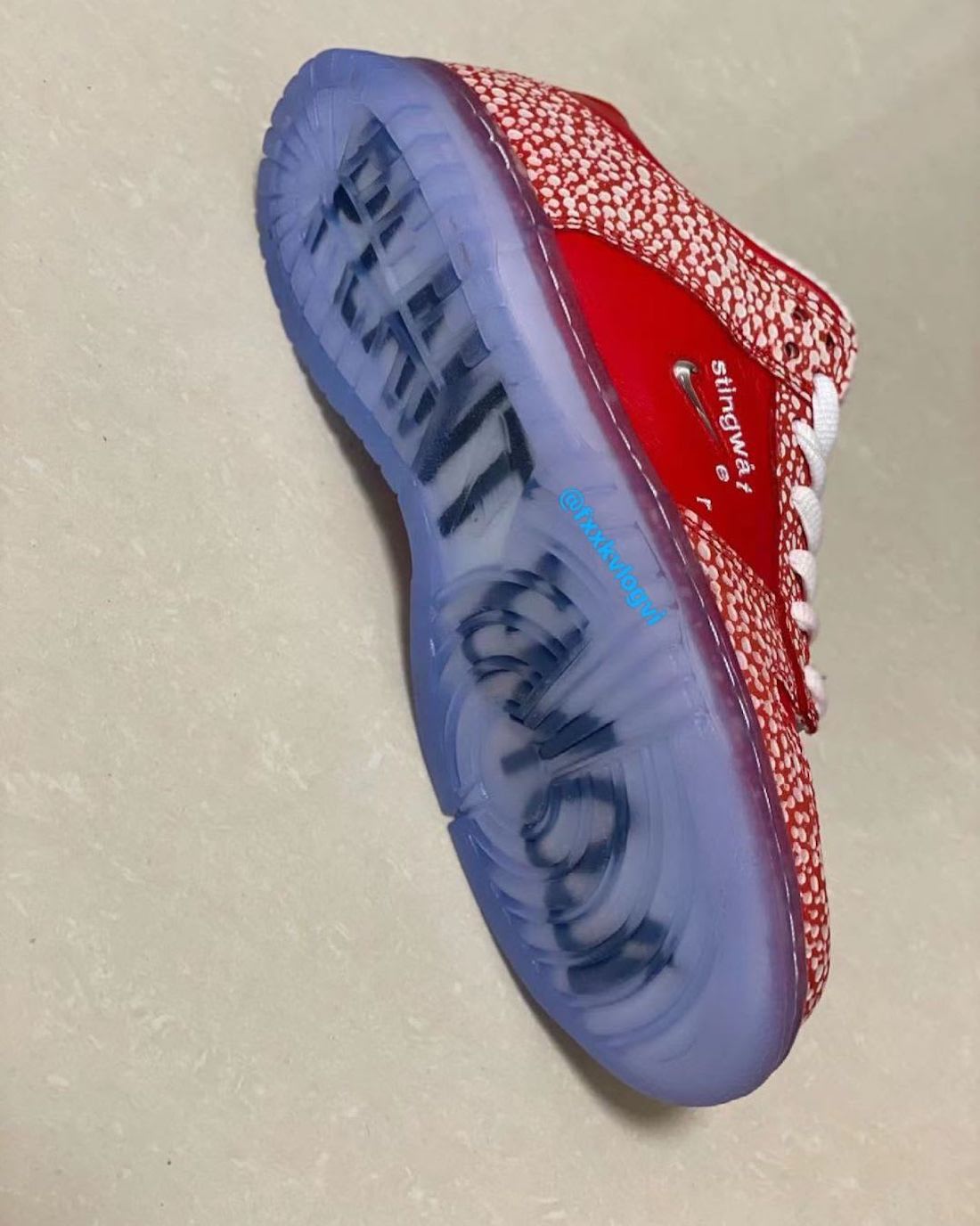 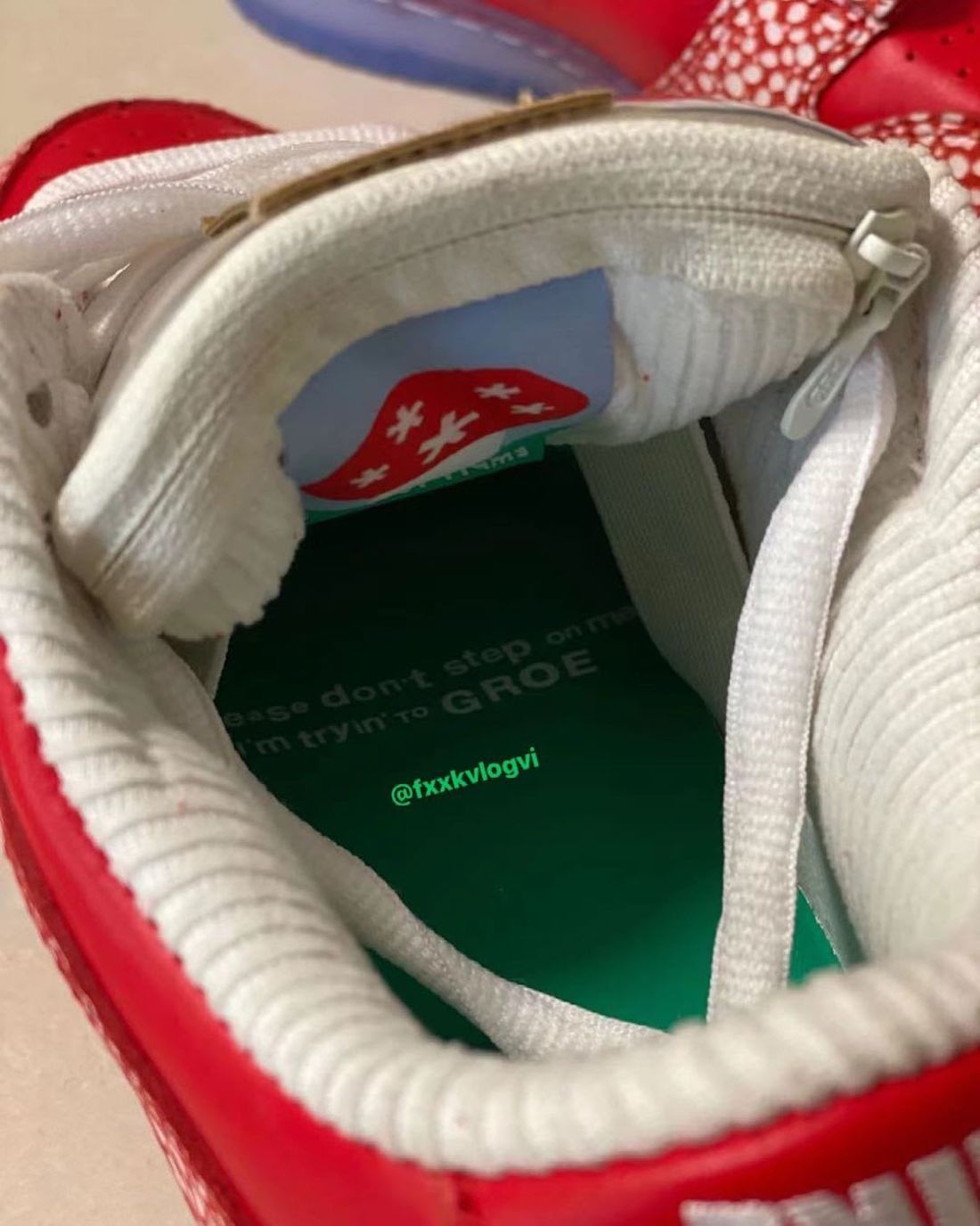 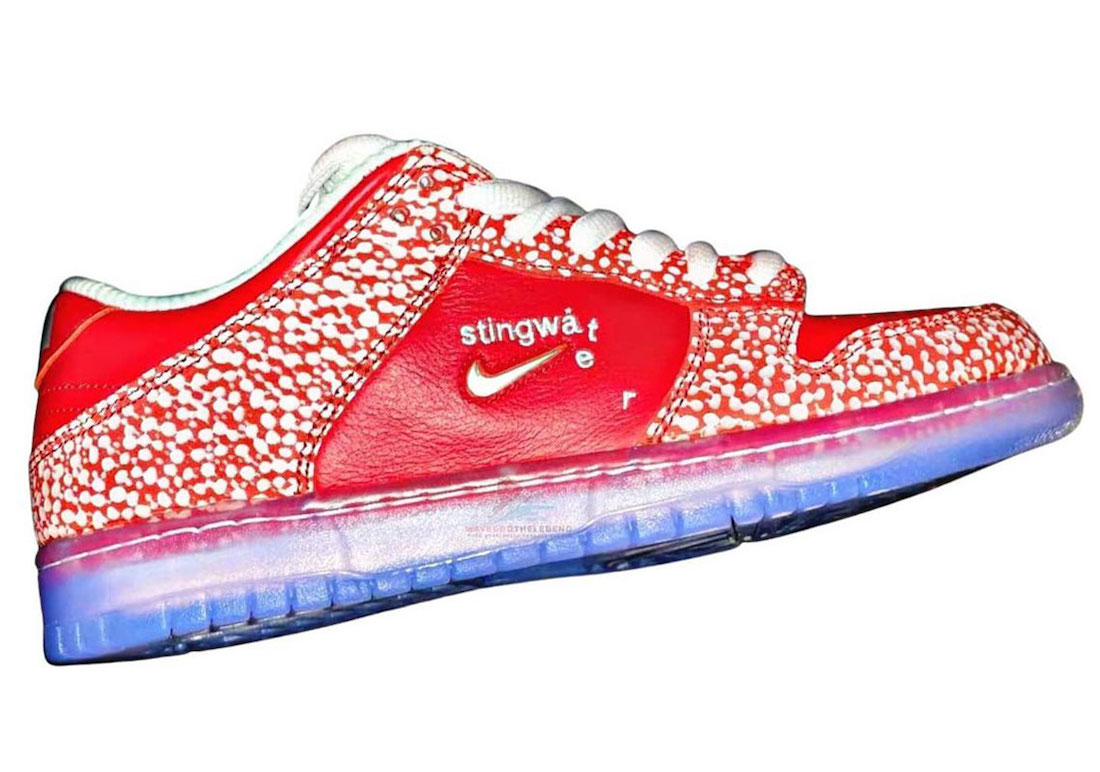 How the Nike SB Dunk Low ‘Be True’ Looks On-Feet