Steph Curry Shows Off His Under Armour “Award’s Season” PE 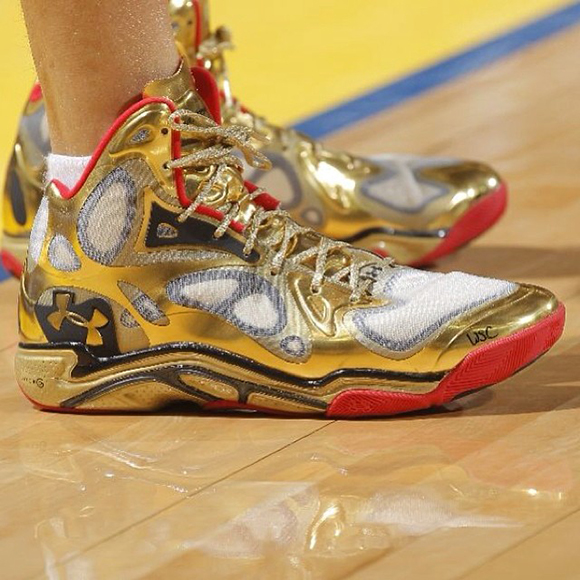 After getting a look at the “Award’s Season” player edition kicks from Jordan Brand including Melo in the M10 and Victor Oladipo in the XX8 SE, we now get to see what Under Armour had on tap for the big night in music and basketball. The “Award’s Season” theme was put on in dedication of one of the biggest night in popular culture and of course just another reason for the NBA players to come up with some cool new ideas for kicks. Under Armour’s head endorser, Steph Curry, stepped on the court in his most frequent sneakers, the Anatomix Spawn, but with the Grammy spin including a gold upper around the breathable pockets, a shiny gold reflecting midsole as well as dazzling gold laces. The only other color to take a spot is the bright red that appears on the inner lining and the outsole. Hopefully the player’s enjoyed the Grammy’s as much as we got too, however come June they will be searching for a different kind of trophy.

What do you think about Steph Curry’s “Award’s Season” Anatomix Spawn? Tell us in the comments section below and stick with Sneakerfiles for celebrity kicks and much more!