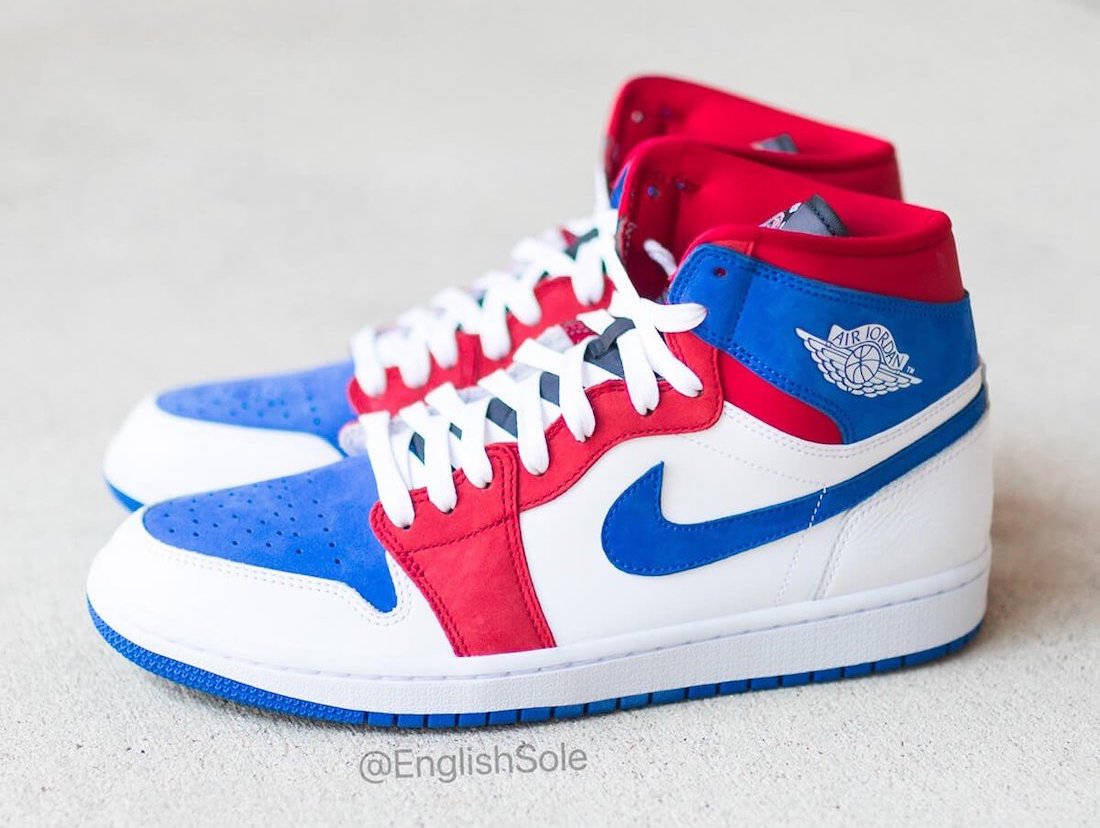 In May of 2020, Spike Lee was named jury president for the 73rd annual Cannes Film Festival, taking place May 12-23, 2020. To celebrate that, Jordan Brand created another Spike Lee Air Jordan 1 sample exclusively for the occasion.

We now have a detailed look via English Sole. This Air Jordan 1 comes dressed in a Red, White, and Blue color combination boasting the French flag’s colors in premium suede and leather materials across the entire upper of the shoe. But what stands out most about these shoes are the 2 stitched graphic tongues. On the left shoe’s tongue, we get a reimagined photo of Mars Blackmon on the phone with his face painted in the colors of the French flag. The underside of his hat reads the city’s name “Cannes,” while his shirt reads “President Mars.” Another subtle detail on this tongue is the stitched signature of Tinker Hatfield in the lower right corner. The right tongue subtly pays tribute to Kobe Bryant, as we get Spike Lee dressed in the purple suit he wore to the Oscars in tribute to Bryant. In fact, if you look close enough, the lapel of the suit even has the number 24 stitched on it. On either side of the french flag, we find the words “Festival De Cannes” and “Jury President.”

It’s rumored that under 5 pairs were made of this pair, as it was only produced for Spike and select friends and family, so don’t expect to see these hitting stores any time soon. 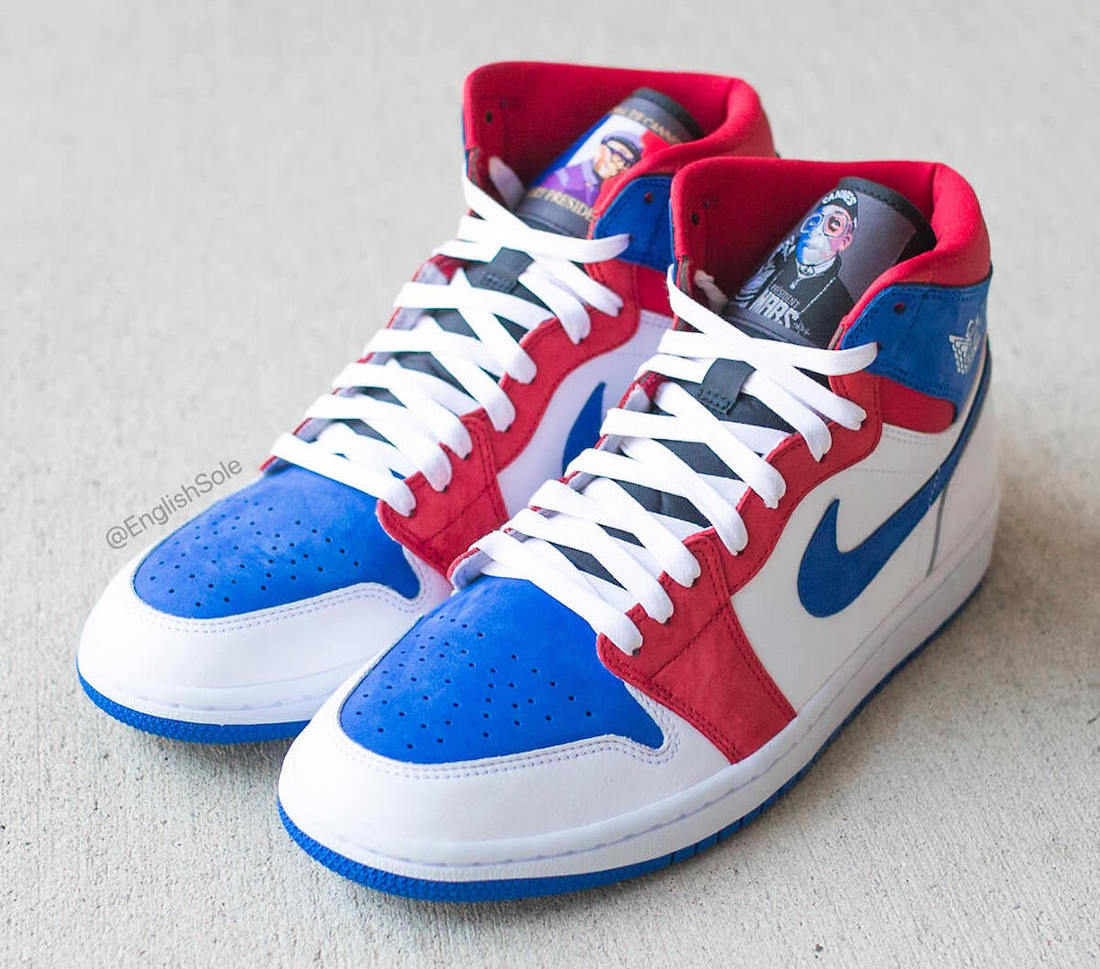 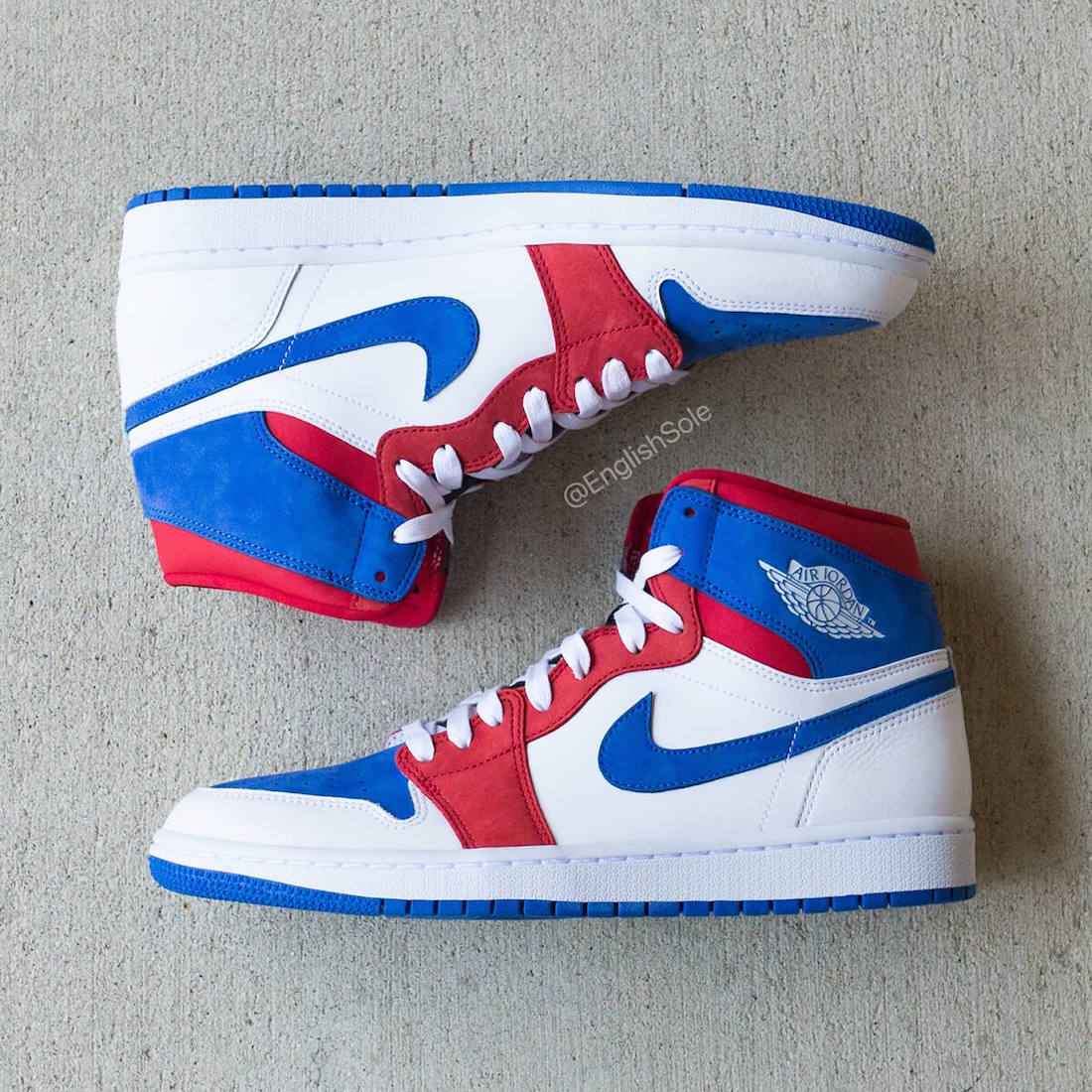 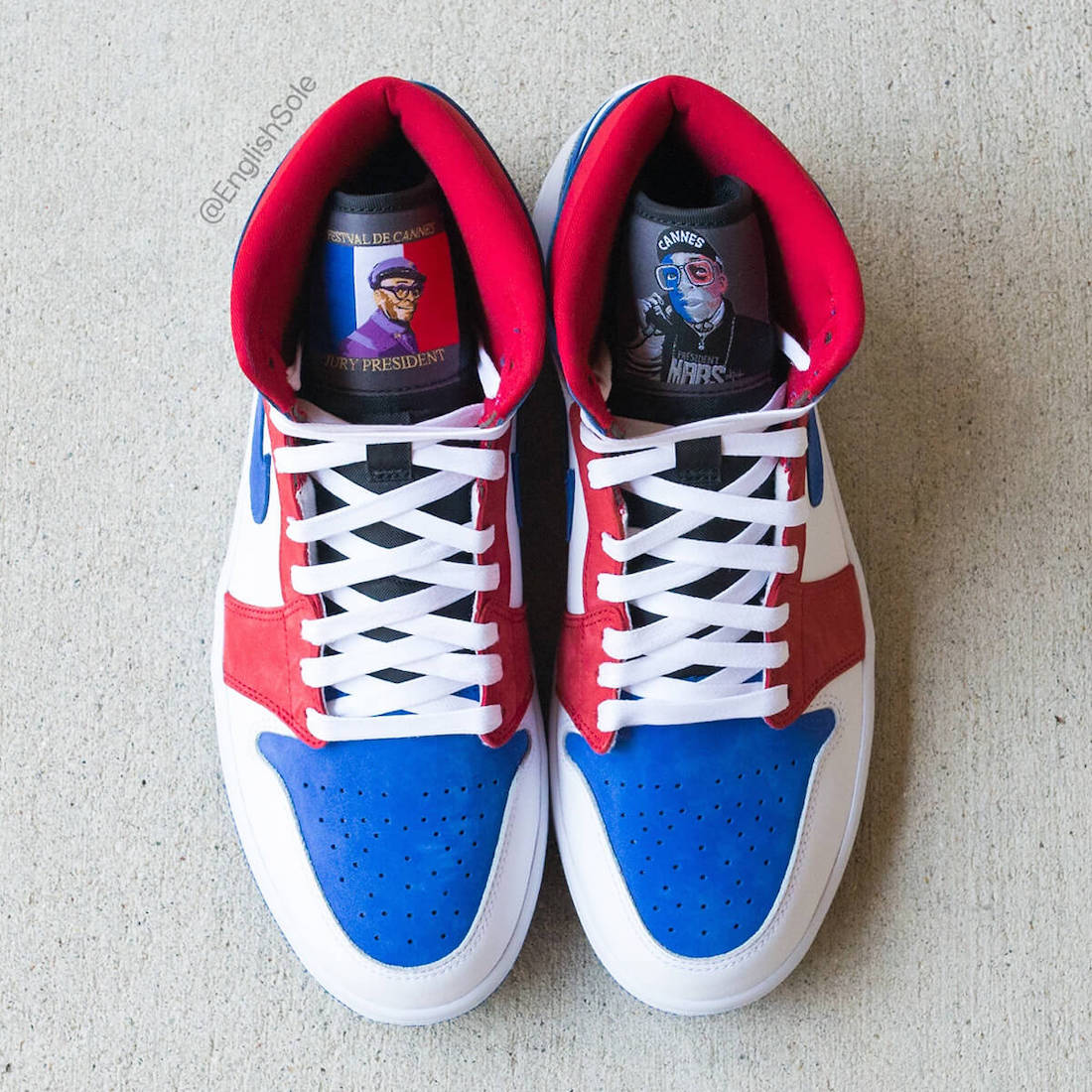 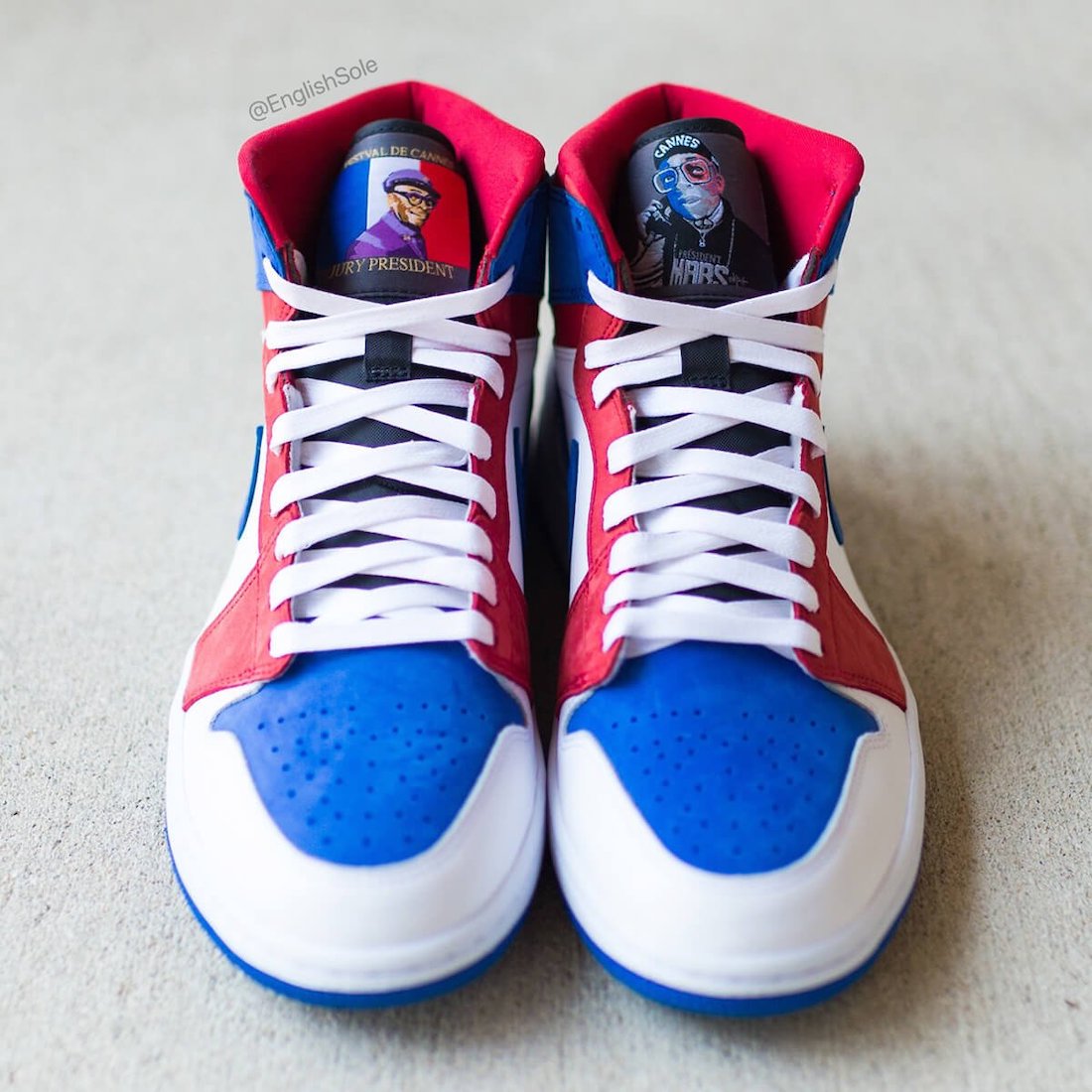 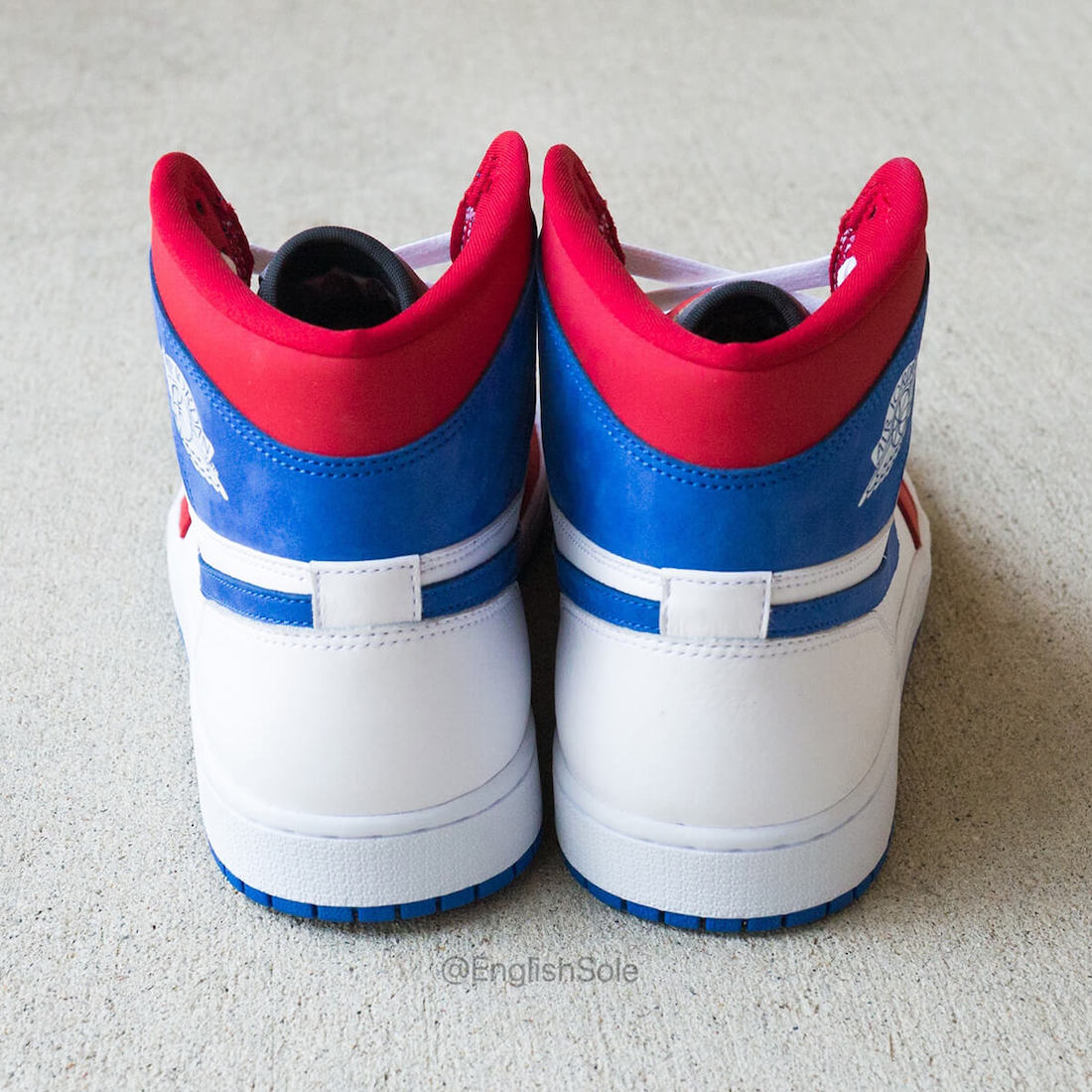 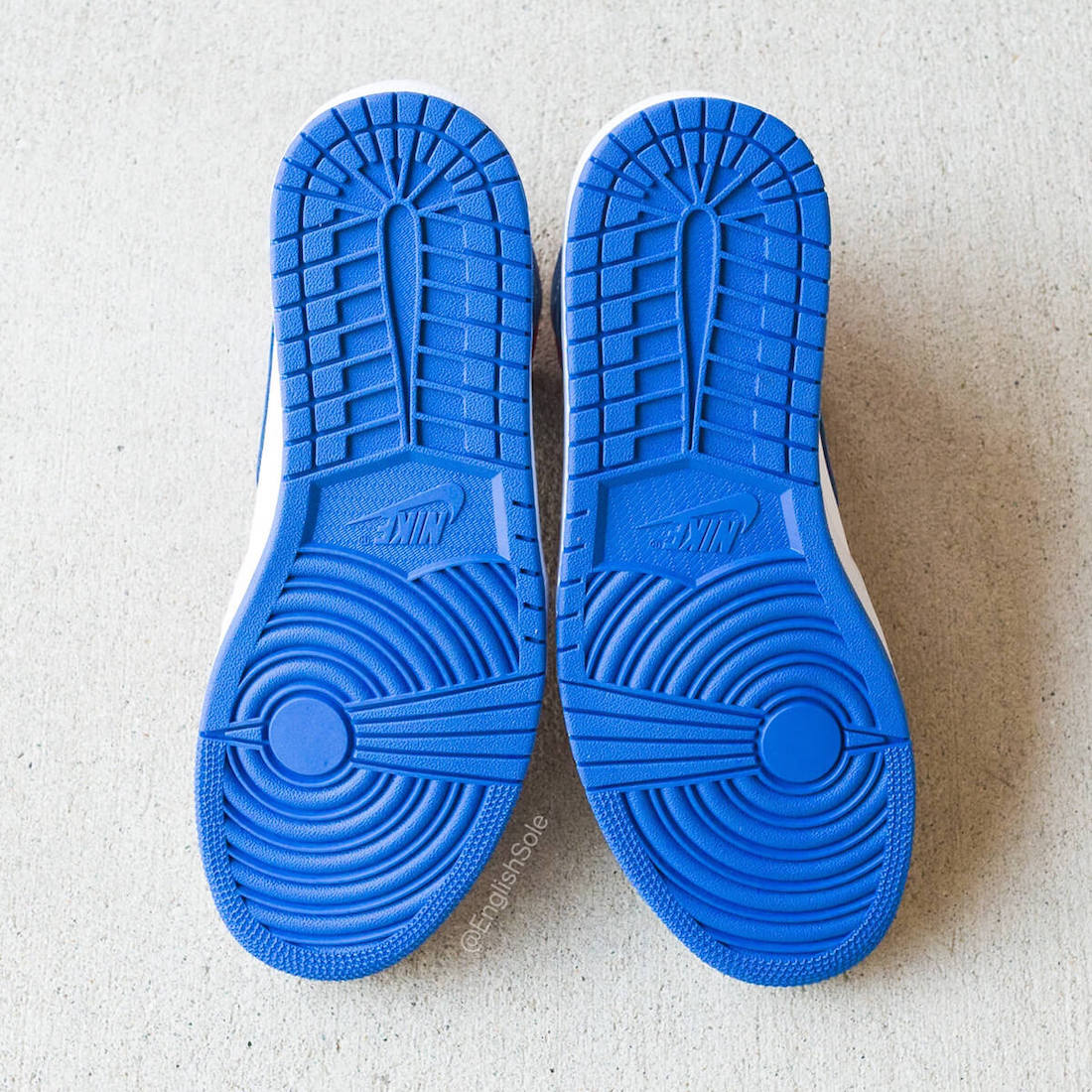 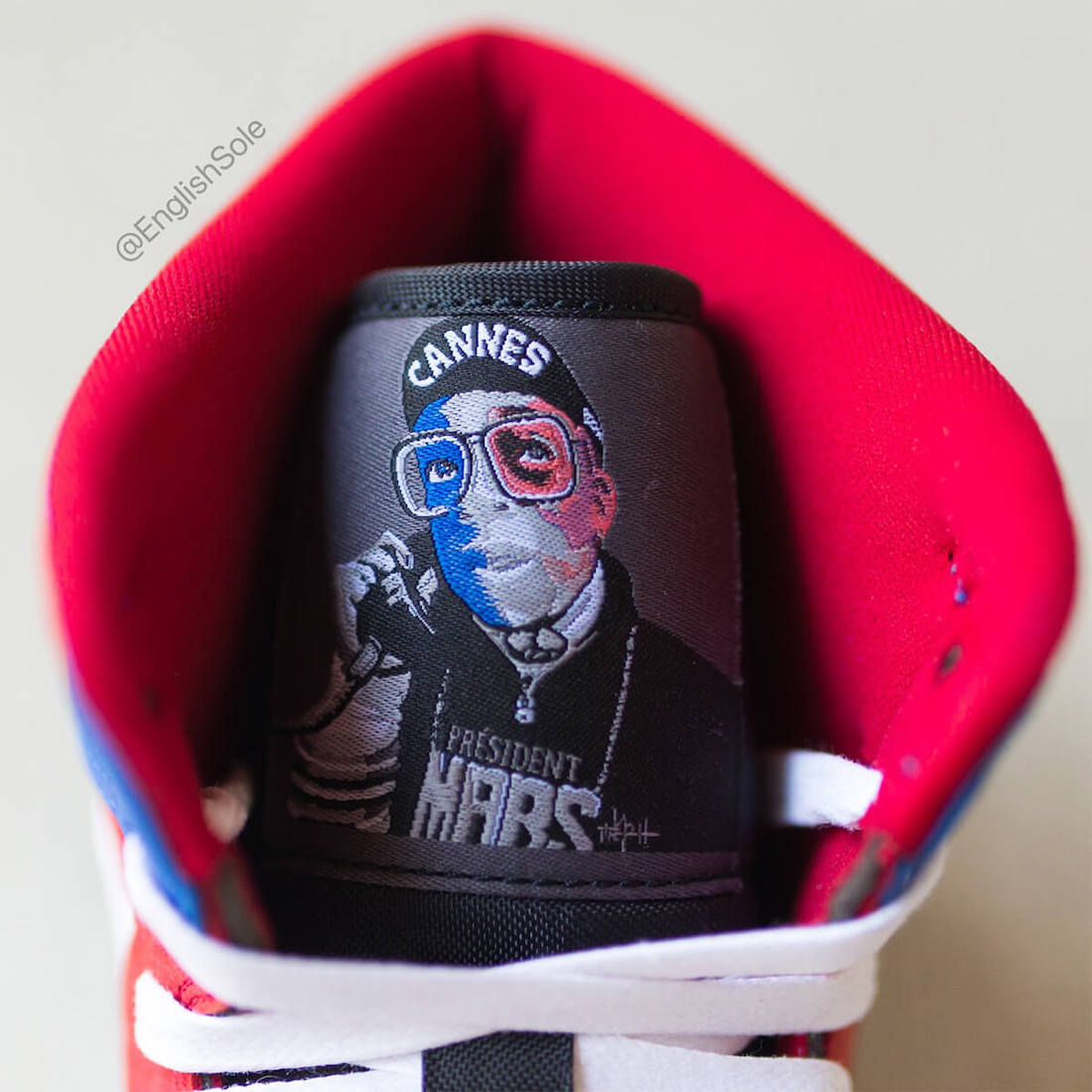 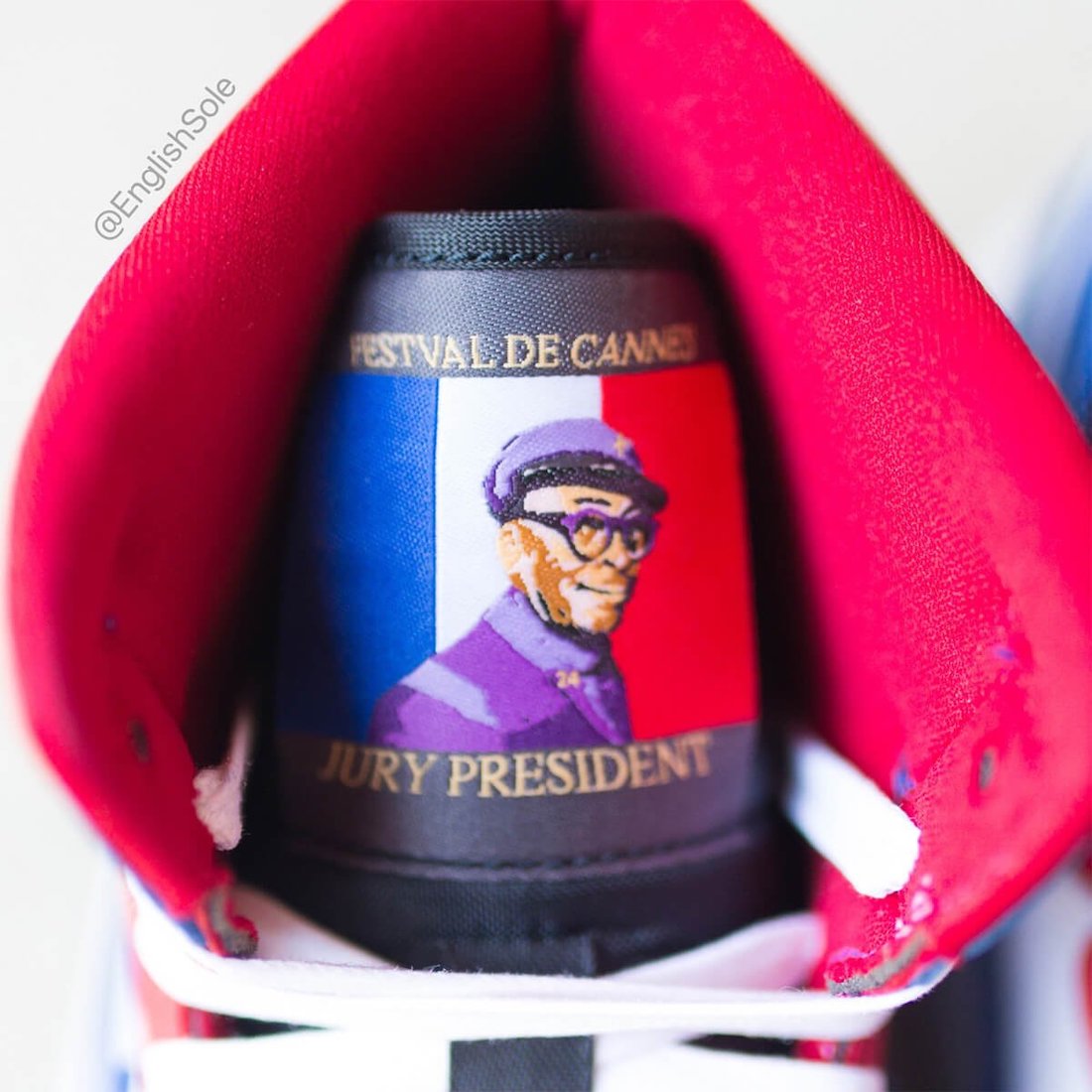