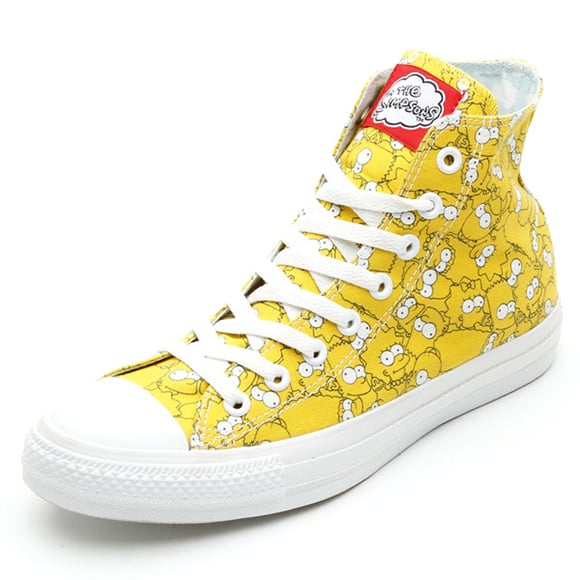 One cartoon that most people would be shunned to not notice would be the notorious faces of The Simpsons created by Matt Groening. Recently Converse has taken notice of what was once prime time TV’s’s top notch moneymaker and decided to market each of their products together. After the first couple of pairs together these two pairs of All Star Hi’s were used for this pack that is expected to see daylight in the US in the Spring of this upcoming year. The first of the two matches it’s high rubber sole with the laces in an icy white while the upper is covered in faces of the characters in, of course, all-yellow with lots of large eyeballs throughout. Both pairs have branding on the tongue as well as the heel of the sole. The second pair is majority black with clouds around the spaced out faces of the characters in red, white and yellow. White laces and a black stripe across the white sole finish off another great pairing between The Simpsons and Converse. These can be yours now if you head over to Japan’s Atmos.

Could you rock these Converse All Star Hi “The Simpsons” edition? Let us know in the comments section below and stay tuned to Sneakerfiles for more updates on everything sneakers! 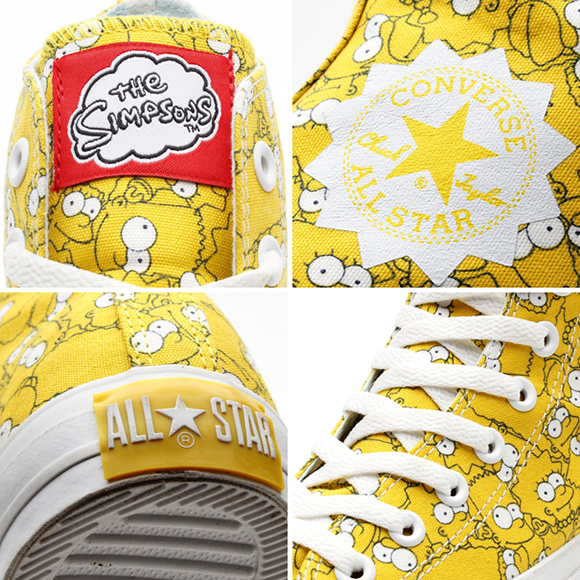 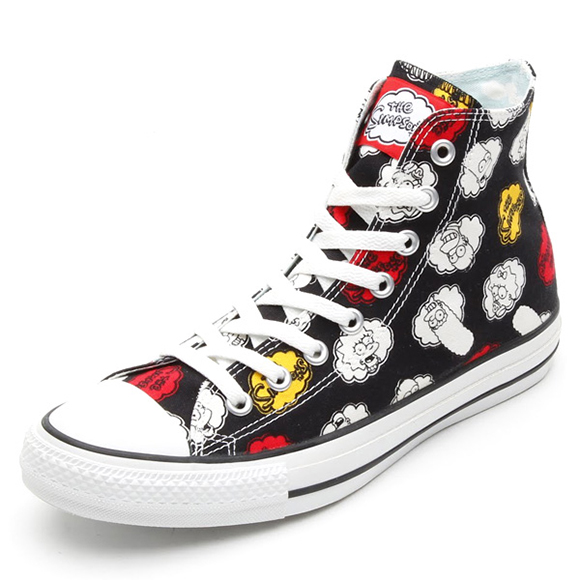 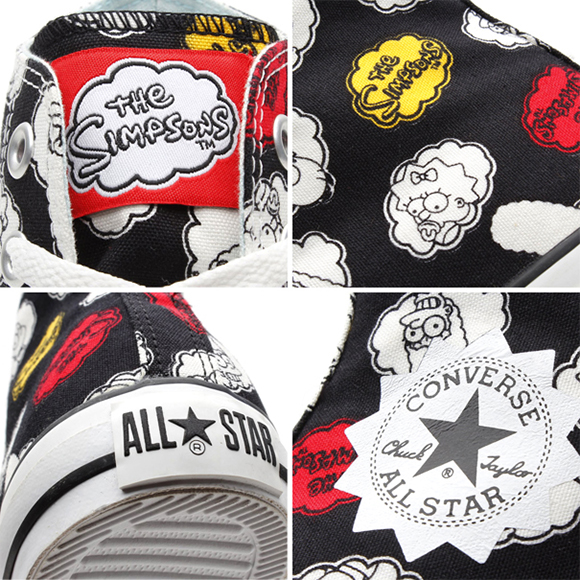 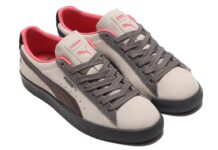 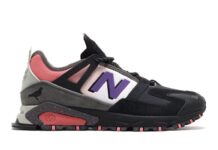 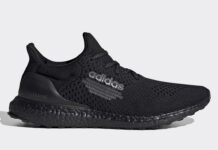