For those who fell in love with Sarah Jessica Parker and her role as Carrie Bradshaw back in 1998 when ‘Sex and the City’ first aired on HBO, you definitely understand how significant this series was to women worldwide. From the TV to the movie screen, Sex and the City has been influential in many aspects.

From a fashion standpoint, a rare Nike Air Presto sample has surfaced honoring the legendary show. Done up in a simple black and white colorway, these classic runners feature red “Sex and the City” branding across each back heel.

Check out detailed images of the Sex and the City x Nike Air Presto Sample below! 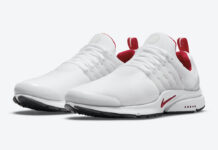 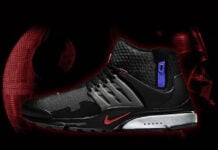