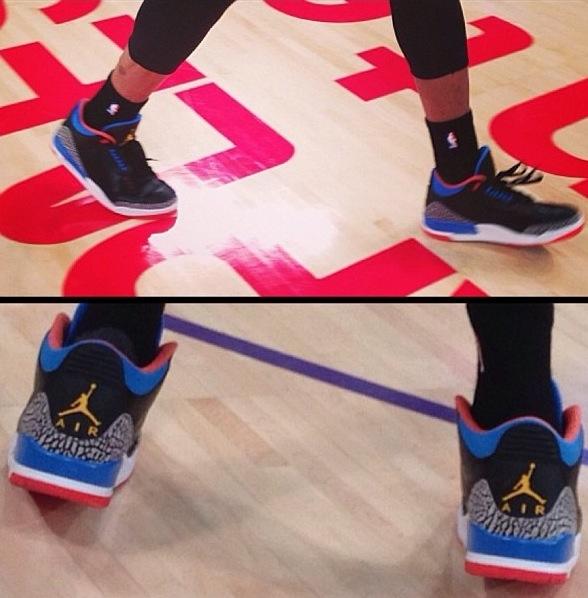 This player exclusive was highlighted by a black leather canvas and iconic elephant print, plus additional royal blue, red, and yellow accents throughout as seen across the eyelets, inner lining, midsole, outsole, and Jumpman logo. Despite the team’s win, these kicks were definitely the topic of the night which may suggest an official welcoming of Westbrook to Jordan Brand. What will he wear next?

Stay tuned to Sneaker Files for more news and updates on this Russell Westbook Air Jordan III (3) PE and more!