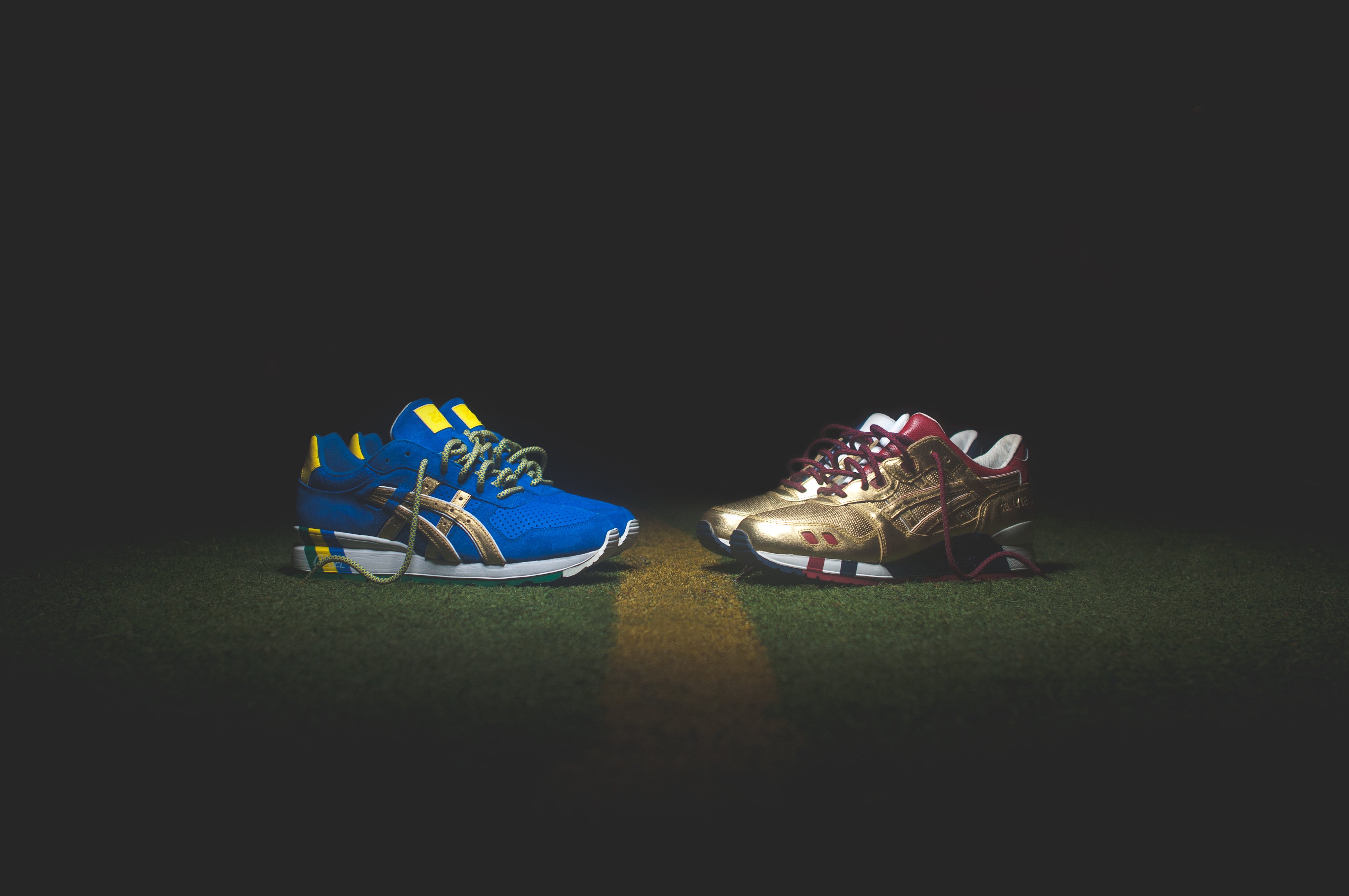 With all eyes on Brazil and the United States, the 2014 World Cup is the only sport competition that matters this Summer. With that said, here’s everything you need to know about the Ronnie Fieg x Asics Gel Lyte III & GT-II “KFE” Collection.

Arriving this weekend, Ronnie Fieg will deliver one this season’s most talked about sneaker line-ups that commemorate the elite football tournament. Where the Asics Gel Lyte III “KFE” features a flawless golden leather construction with red, white, and blue accents, the Asics GT-II “KFE” leads the way with pigskin suede royal blue uppers, gold three stripes branding, and complimentary hints of yellow and green. A perfect ode to the United States and Brazil, respectively, this series will ultimately offers up premium materials, superb craftsmanship, and a product that’s promised to be remembered for some time to come.

Detailed below, the Ronnie Fieg x Asics Gel Lyte III “KFE will retail for $185 alongside its Asics GT-II “KFE” counterpart for $165 this Saturday, June, 28, 2014 at 11AM EST. Catch these kicks in stock for a limited time only through a “KFE” Pop-Up Shop at 66 Bleecker St., KITH Brooklyn, and KithNYC.com. 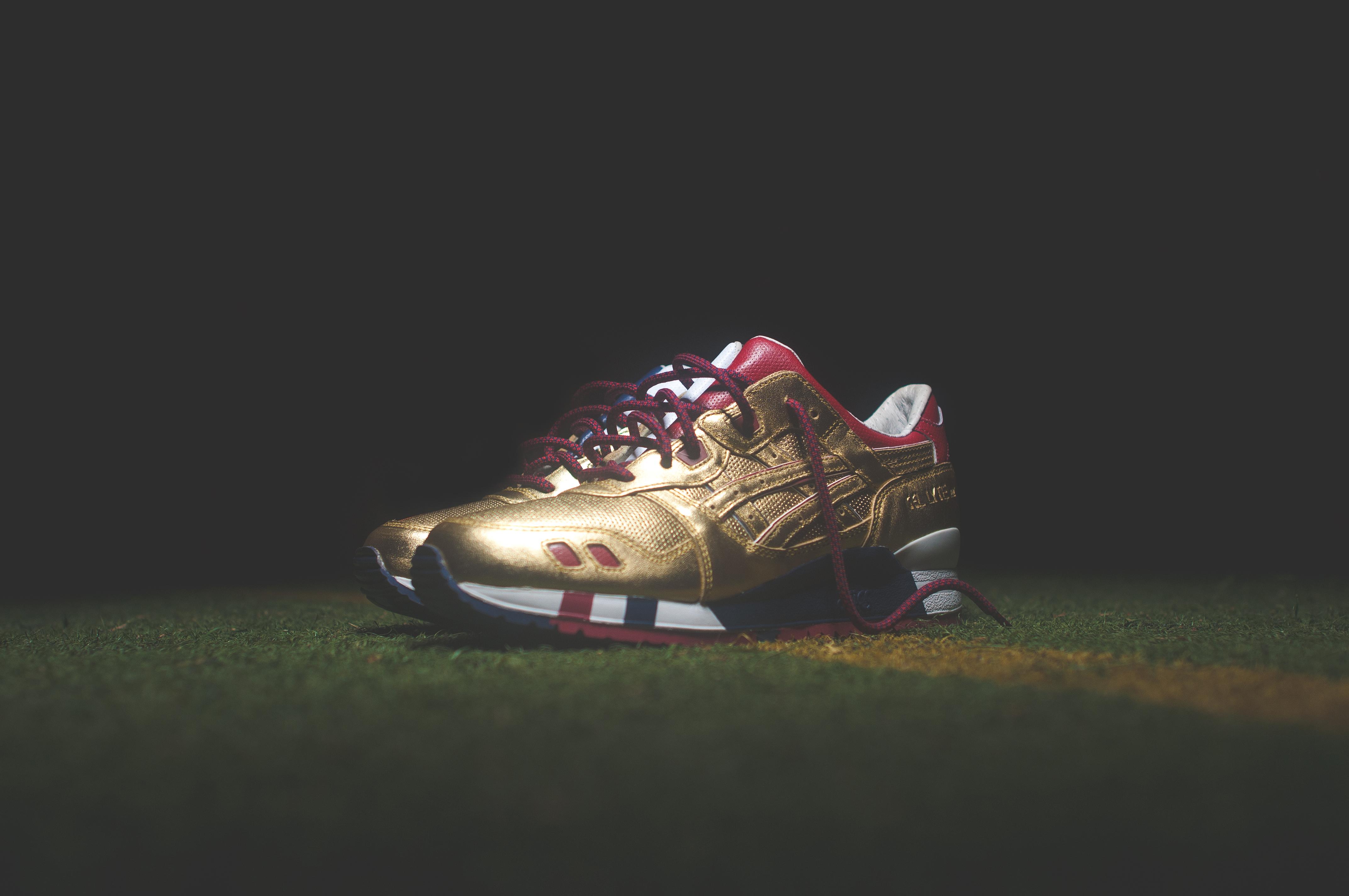 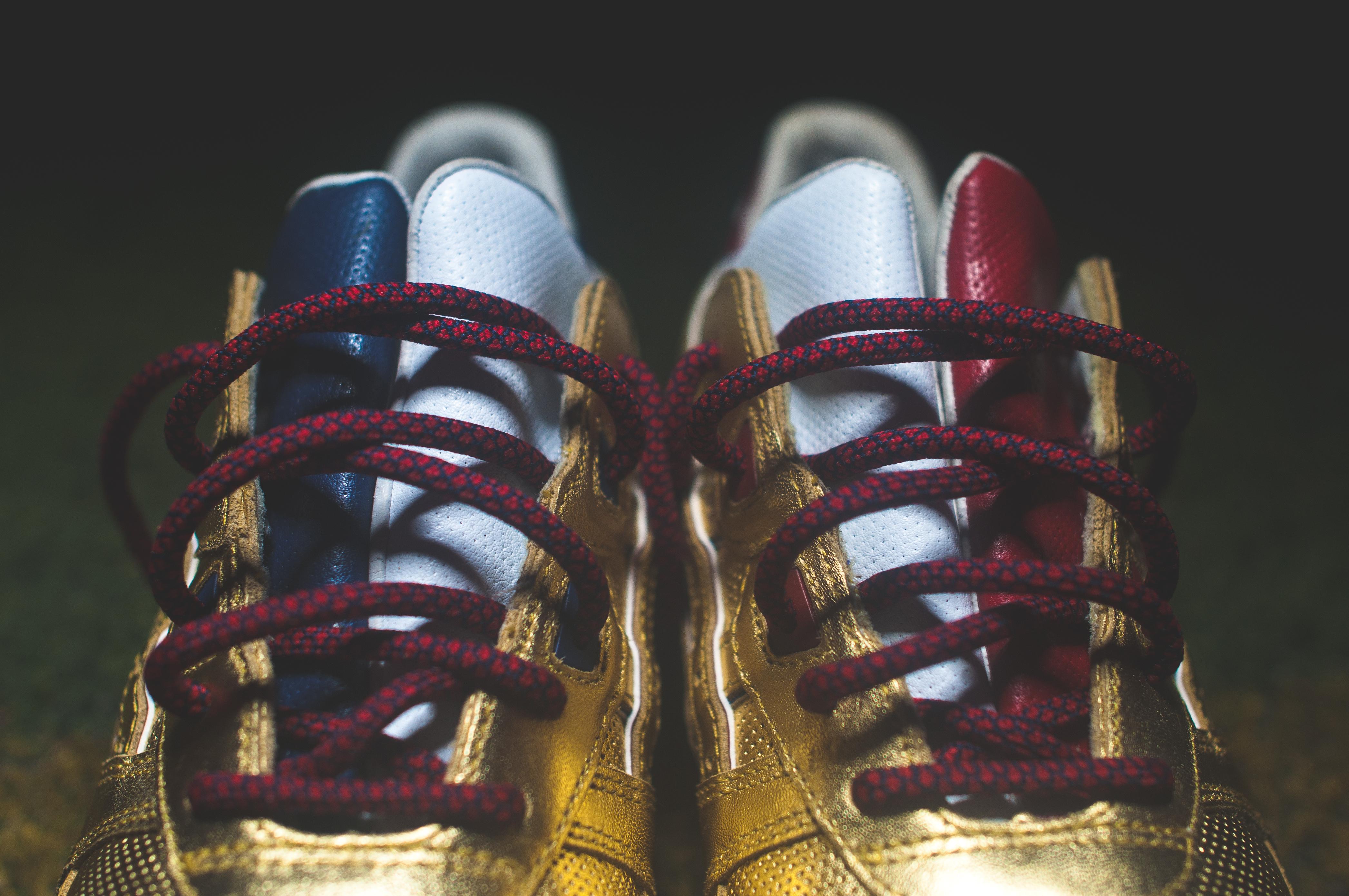 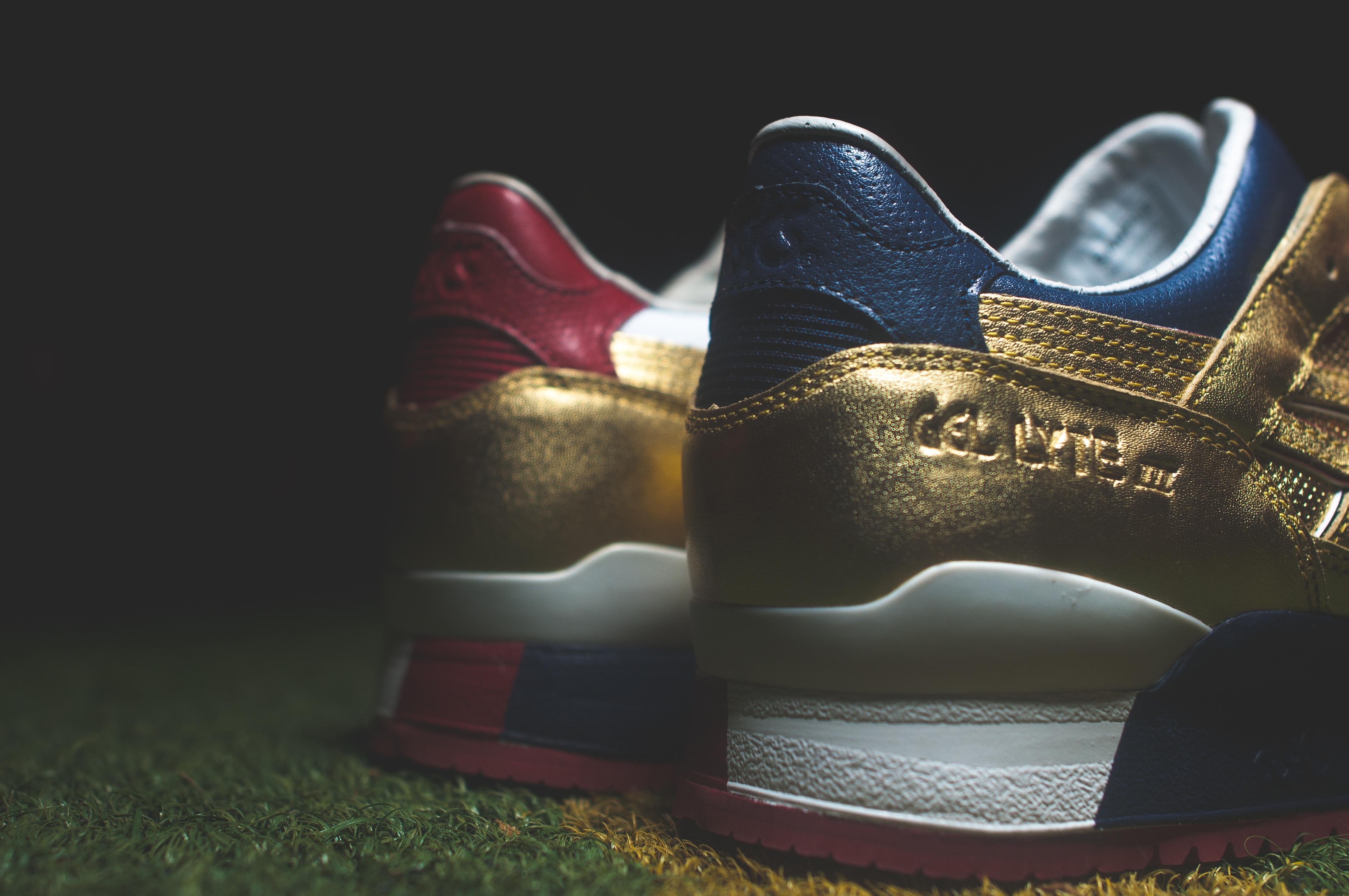 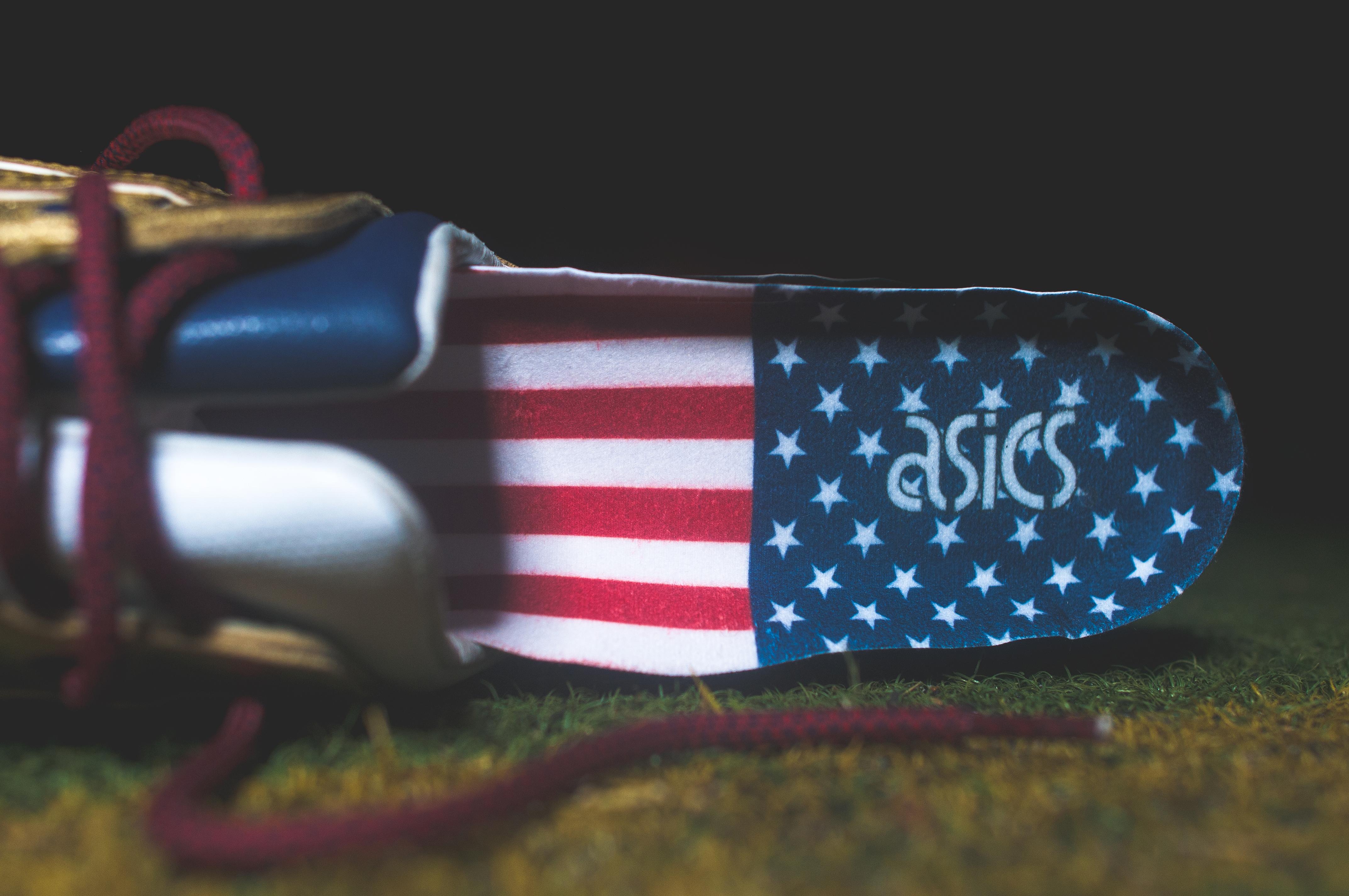 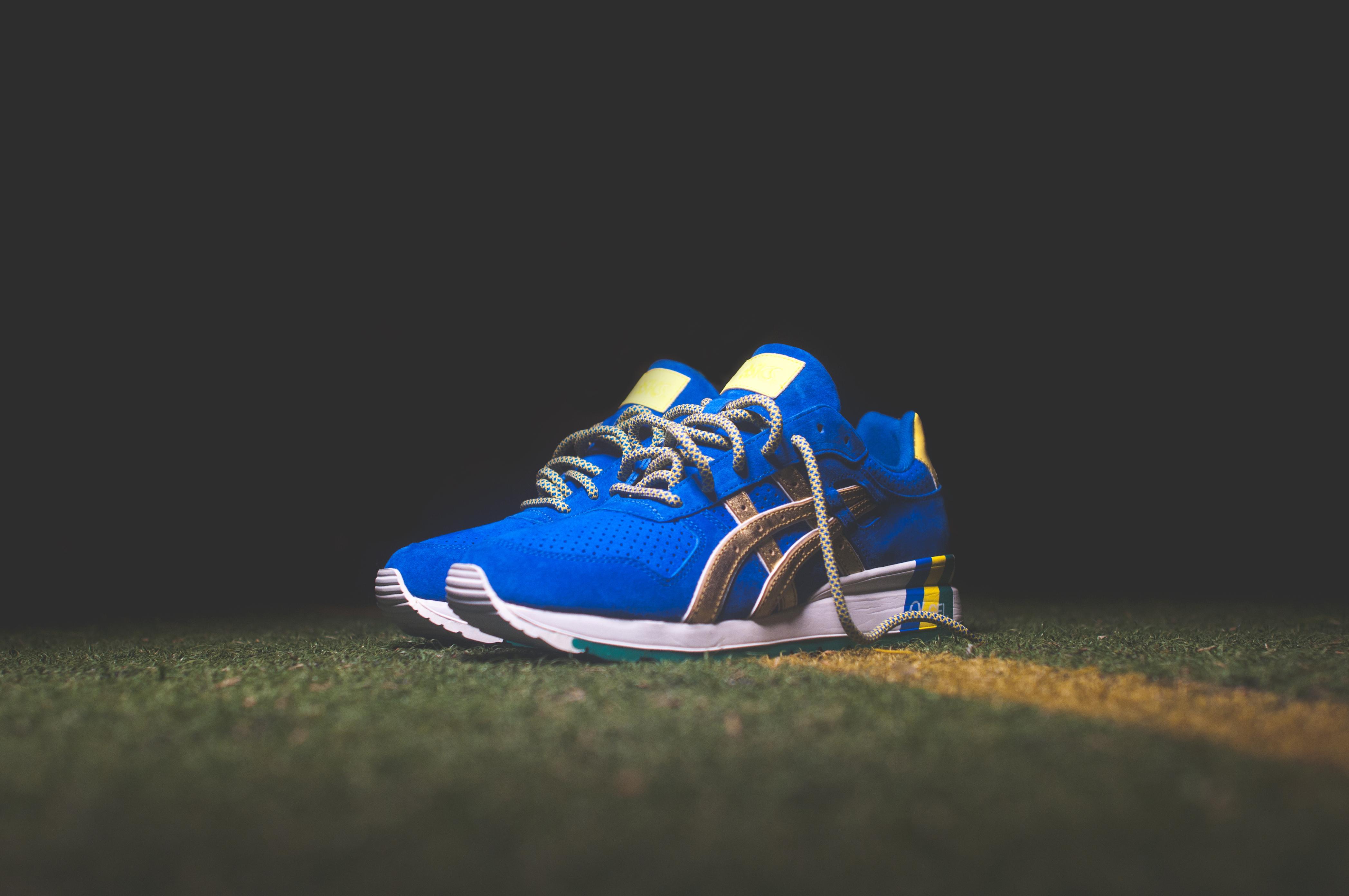 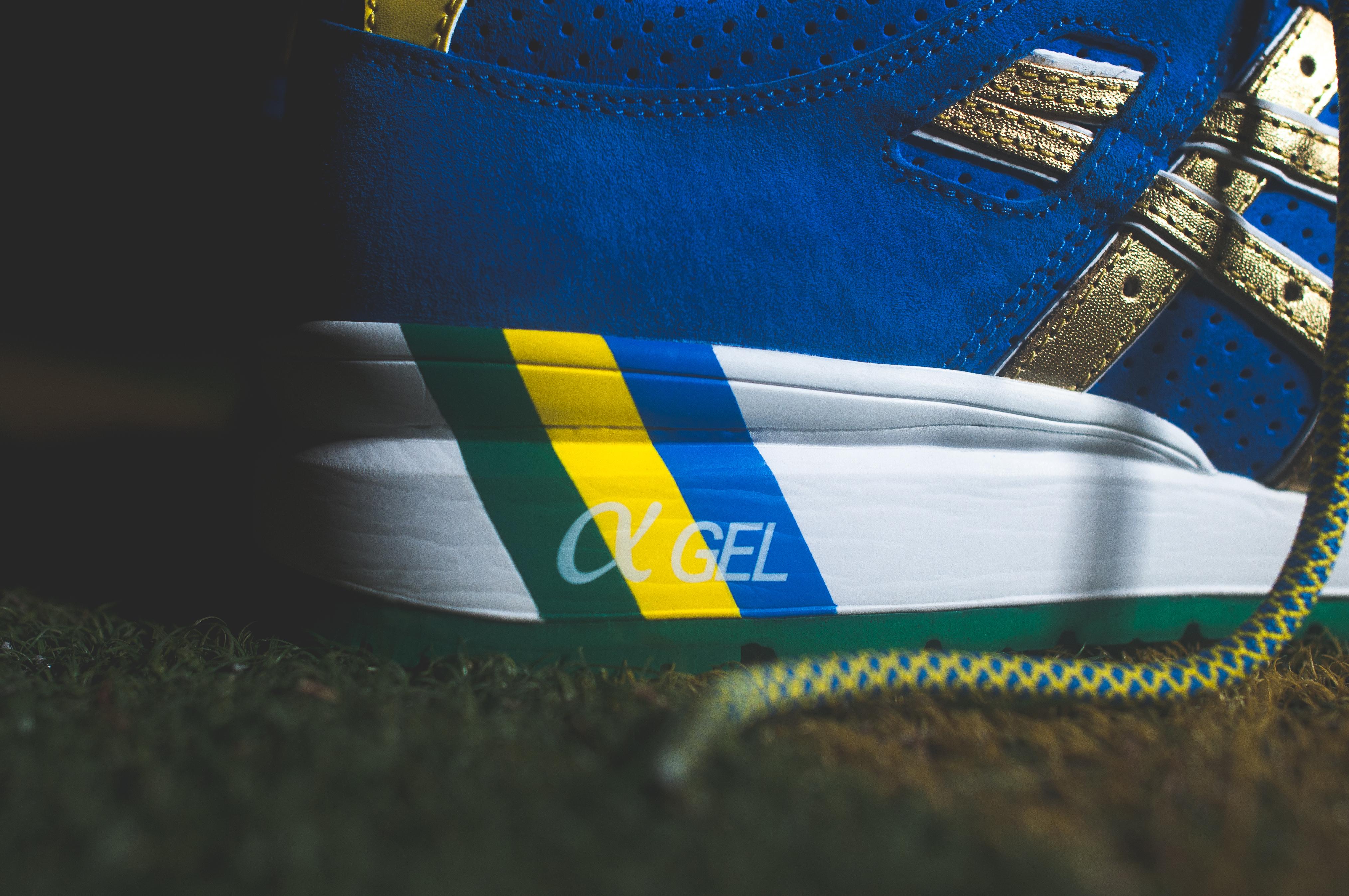 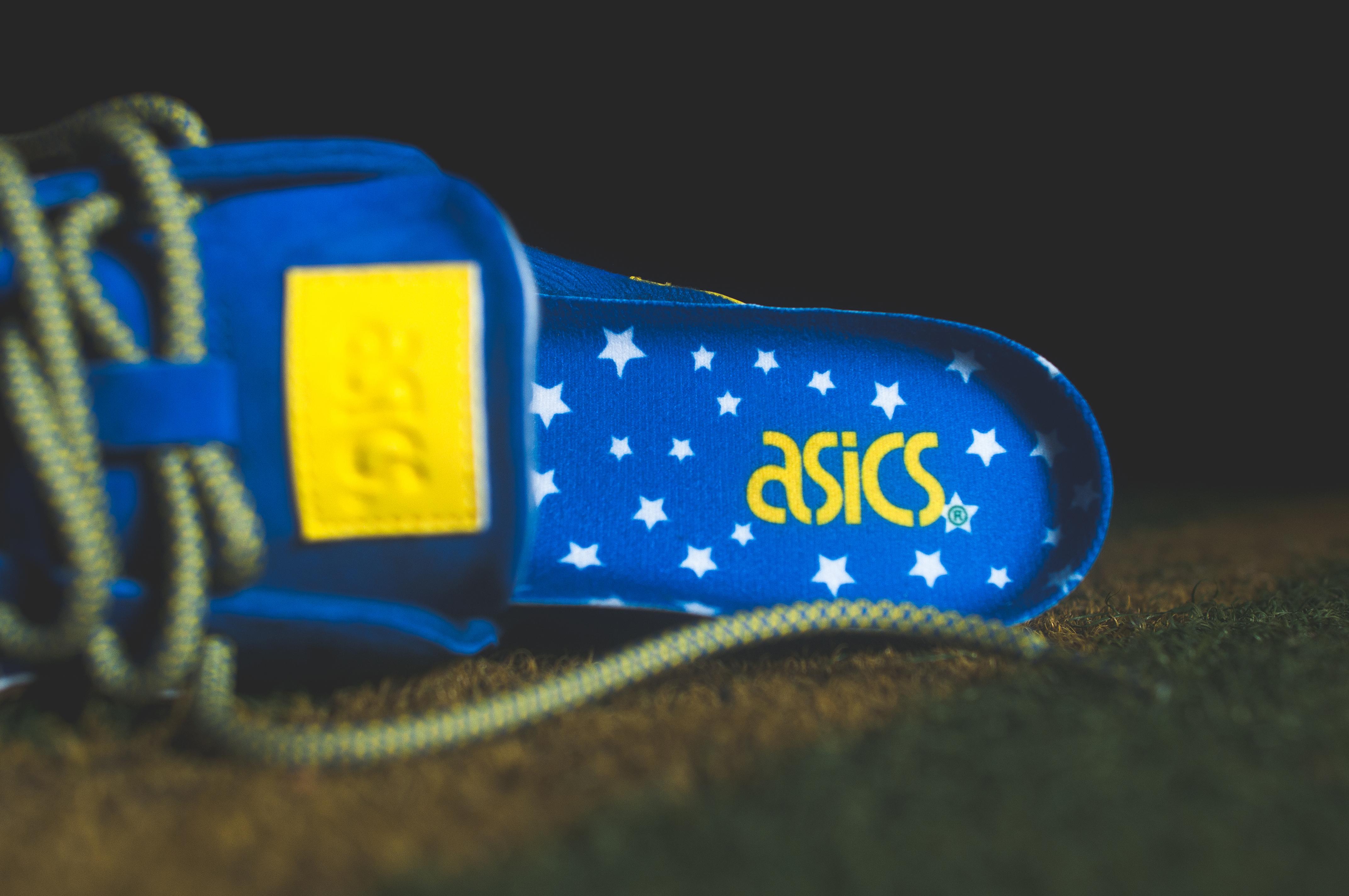