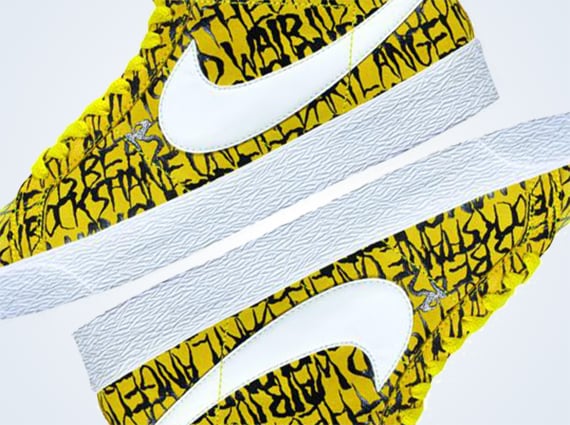 After initially sharing your first look at the Neckface x Nike SB Blazer Mid “The Chronicles” over a week and a half ago, it looks like we have some new information to share with all you sneakerheads regarding their release date.

Dawning the names of several Nike SB team members, “The Chronicles” Nike SB Blazer Mid sports an incredibly vibrant yellow upper along with the aforementioned names in black font with white swooshes and outsole thrown in for contrast. Snekaerheads who want to add this pair of bonafide classic Nike SB Blazers to their collection will have the chance to do so this Saturday, June 15th for these kicks will be available for purchase 8AM from Nike.

So as the 6/15 sneaker release plot thickens, and sneakerheads try to decided what pair of kicks they will be going after this weekend, where does this pair of Neckface x Nike SB Blazer Mid “The Chronicles” fall on your weekend sneaker release radars?

Continue on after the jump to check out another look at the kicks and let us know if you will be snatching these kicks up on Saturday. 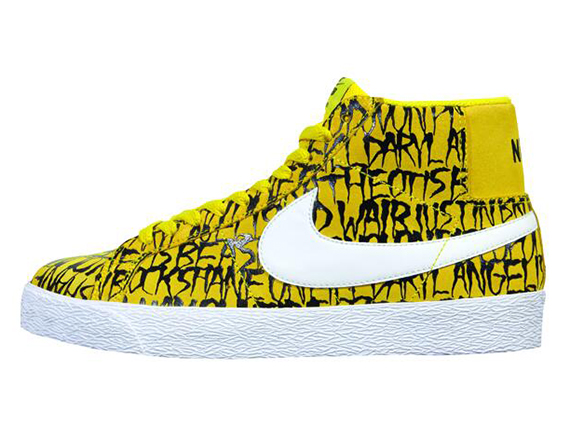