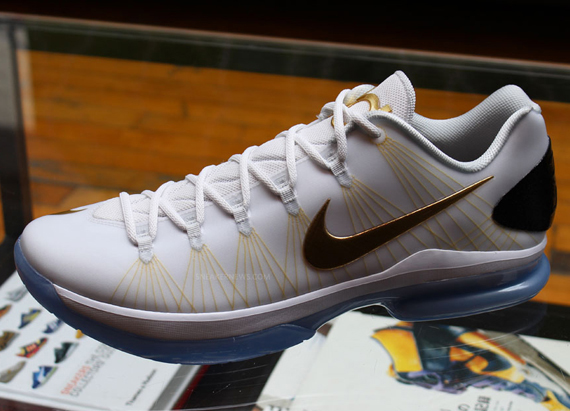 The time has come for the top eight teams from both the Eastern and Western Conference to duke it out with the hopes of being crowned NBA champions when it’s all said and done. We all know that King James is looking to make his way back to the Finals as he is on the hunt for his second ring, but he is not alone in his pursuit. A certain fellow by the name of Kevin Durant is hot on his trails as he is looking to make his second straight Finals appearance.

Before James and Durant can face off against each other on the hardwood, their signature Nike Elite kicks will be squaring off on retail shelves nationwide tomorrow. Excluded from last years Elite collection, Durant KD V will be making its long awaited Elite+ debut sporting the customary white/gold colorway.

With LeBrons sneaker having the Elite retail advantage, how do you sneakerheads think KD’s Elite debut will fair? Check out the pics and let us know if ya’ll plan on copping these bad boys tomorrow. 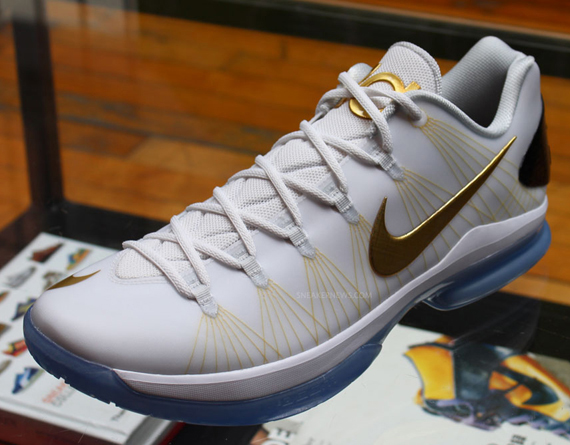