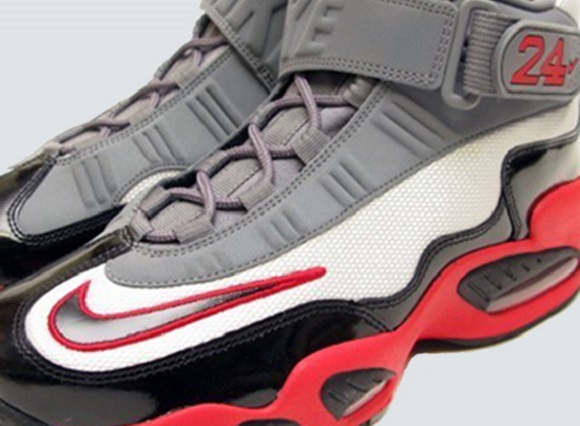 When most people think of Ken Griffey, Jr., they picture him in a Seattle Mariners uniform, chasing down a ball in the outfield or watching the ball fly towards the stands after making contact with one of his magnificent swings. Most don’t tend to think of his days with the Cincinnati Reds, where things started to go south for The Kid. In fact, when one thinks about those times with the Reds, it can become a depressing ordeal. However, with the upcoming release of the Nike Air Griffey Max 1 “Platinum/Black/Grey/Pimento”, maybe some good can finally come out of a Ken Griffey, Jr./Red collaboration.

The Nike Air Griffey Max 1, Junior’s first signature shoe with Nike, returns this weekend in a new, “Cincinnati Reds”-influenced colorway. The cool grey/white upper is given an extra kick with the black patent leather mudguard, while pimento red accents in the form of Nike branding and the number that became synonymous with Griffey, Jr. (during his Mariners days, that is; with the Reds, he switched to the number “30”, as “24” was retired when he went to Cincinnati). The shoe sits on a red midsole and black outsole, while grey laces finishes things off.

What are your thoughts on this new version of an old Griffey, Jr. classic? Not a fan of the non-OG colorway, or can’t wait to scoop a pair? Let us know in the comments below, and hit the jump for more pics. You can find the shoe at Nike retailers like, y’know, Nike.com, tomorrow, June 1st. 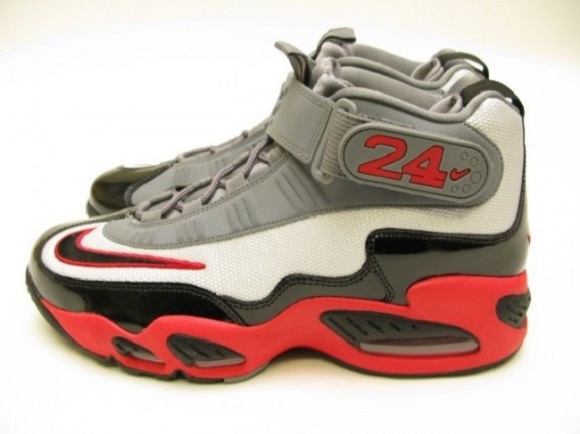 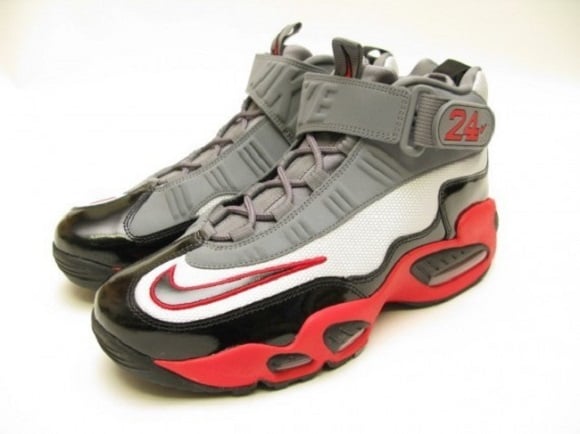 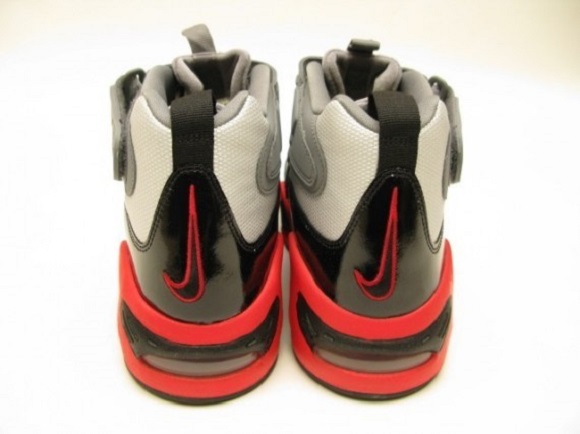