Before starting his own shoe line, Shaq had a signature shoe with Reebok. During his days with the Orlando Magic, Shaq was a premier up and coming center who was very versatile and dominant. The Reebok Shaq Attaq (Attack) merged its pump midfoot chamber technology with the GraphLite composite arch bridge system. The shoe was designed for a customized fit and lightweight support. 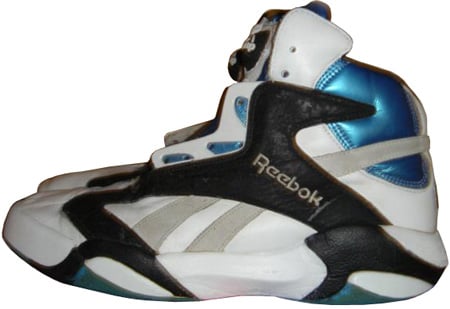 The Black/Blue Shaq Attacks featured the word SHAQ on the back of the shoe as well as the the tag with a picture of Shaq dunking. One of the most noticeable key features is the pump which has been seen on many basketball shoes and is Reebok’s key to success. The Reebok Shaq Attaq (Attack) shoe is one of the many shoes that go forgotten and is almost impossible to find in a good condition due to its aging over time.