During the early ’90s, the Reebok Court Victory II (2) was one of Reebok’s notable releases. It feature Hexalite and the Pump, like many of the shoes. Those two combined delivered a great combination of comfort. 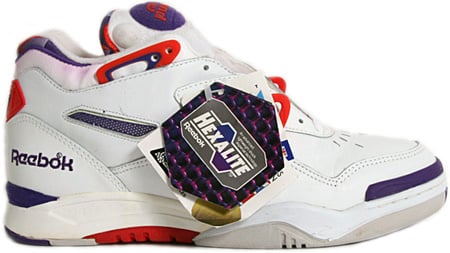 Hexalite offered comfort at the mid-sole, while the Pump offered a more personal feel in the way it can inflate and deflate to mold around your foot. The Reebok Court Victory II (2) was brought up as a rival shoe to Nike’s Court Force, both having a similar design, but Reebok having a slight edge in that department.