After having a stand out rookie year in 1996, Allen Iverson earned a second shoe with Reebok entitled the “Answer 1”. Given the nickname “The Answer” it was only right that his second shoe be named that. 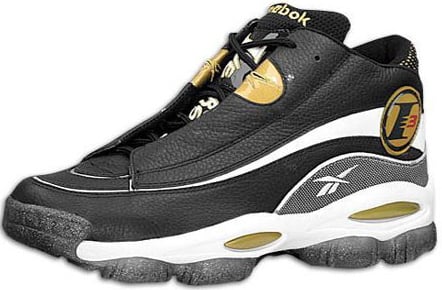 Released in 1997 and be the first shoe to use DMX technology, the Reebok “Answer 1” received three different color-ways over 2 years. The first original color-way was released in November 1997 in Black/White/Gold and then came the White/Red/Gold in February1998 and in June 1998 the Patent Leather Navy/White/Gold.

Today, the Reebok Answer 1 is a much forgotten shoe and doesn’t get much recognition for Allen Iverson’s long due success as one of the best players in the game.