With so many Reebok Pump Twilight Zone releasing over the years, people forget that the original release was in 1990. 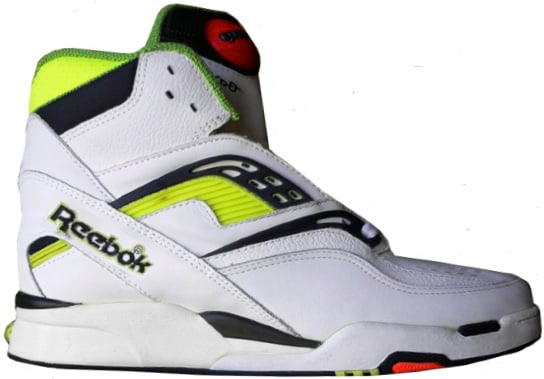 The man in the NBA that wore the original Reebok Pump Twilight Zone was Dominique Wilkins. At the heel is what is called the “energy return system”, which is a nice touch. Many retro’s have released, but the original has more padding around the collar and Reebok changed the pump on the tongue. Their was never a shortage of colors available on the Pump Twilight Zone, from subtle to flamboyant.