Shawn Kemp makes a return with Reebok on the Reebok Kamikaze II, which was just as successful as the first release. 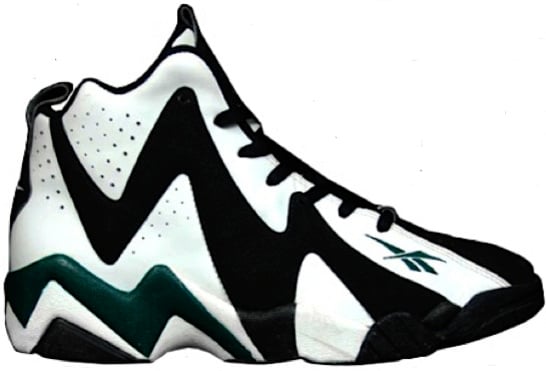 The Reebok Kamikaze 2 was worn and released in 1995. Everyone wanted the Seattle Supersonics colorway of white/black/green, but they were also available in white/blue and black/white. Reebok and Foot Locker worked out a deal where you could only buy the black/white pair through them until February 9th (1995). Purchasing a pair today isn’t easy, and will cost you for a deadstock pair around $300.