The fifth answer to Iverson question comes in the form of the Reebok Answer 5. 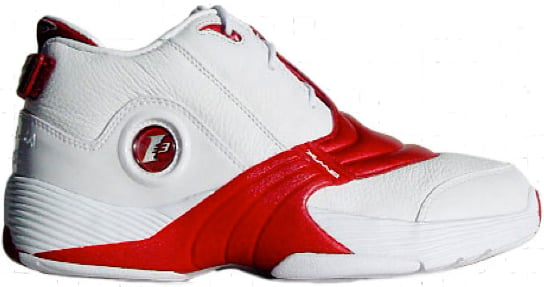 Originally released during the 2001-2002 NBA season, the Reebok Answer V uses a full-grain leather upper, half exposed laces, and lastly a new concept to the Answer line is a velcro strap placed at the heel.

Upon original release, the Answer 5 released in two tone colorway like white/red and white/silver. Retail price $125.