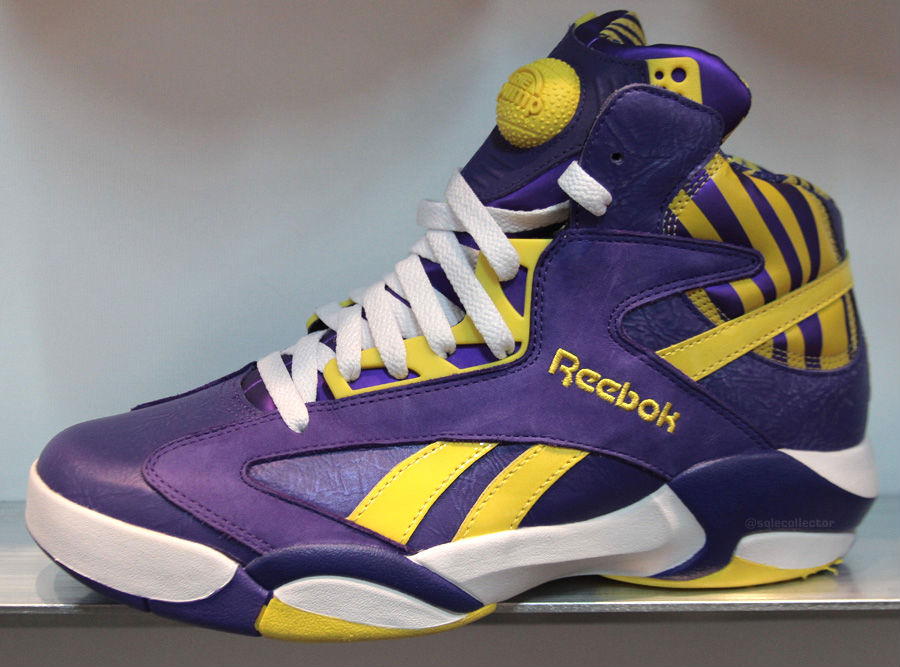 Alongside other unreleased 2014 Reebok models which will presumably include the Reebok Kamikaze II Mid “All-Star” and “Teal/White“, Reebok appears to also have more in-store for the Shaq Attaq collection.

As this sample displays tiger stripe detailing and a purple and yellow (or gold) color combination which most may attribute to Shaq’s time with the Los Angeles Lakers, others often forget that Shaq first suited up in those colors during his golden days at Louisiana State University before leaving to enter the NBA Draft in 1992. As a “Tiger” Shaq put up some pretty impressive numbers and also led his alma mater to three NCAA Tournament appearances.

Stick with Sneaker Files for a release date and updated information on the upcoming Reebok Shaq Attaq “LSU Tigers”.