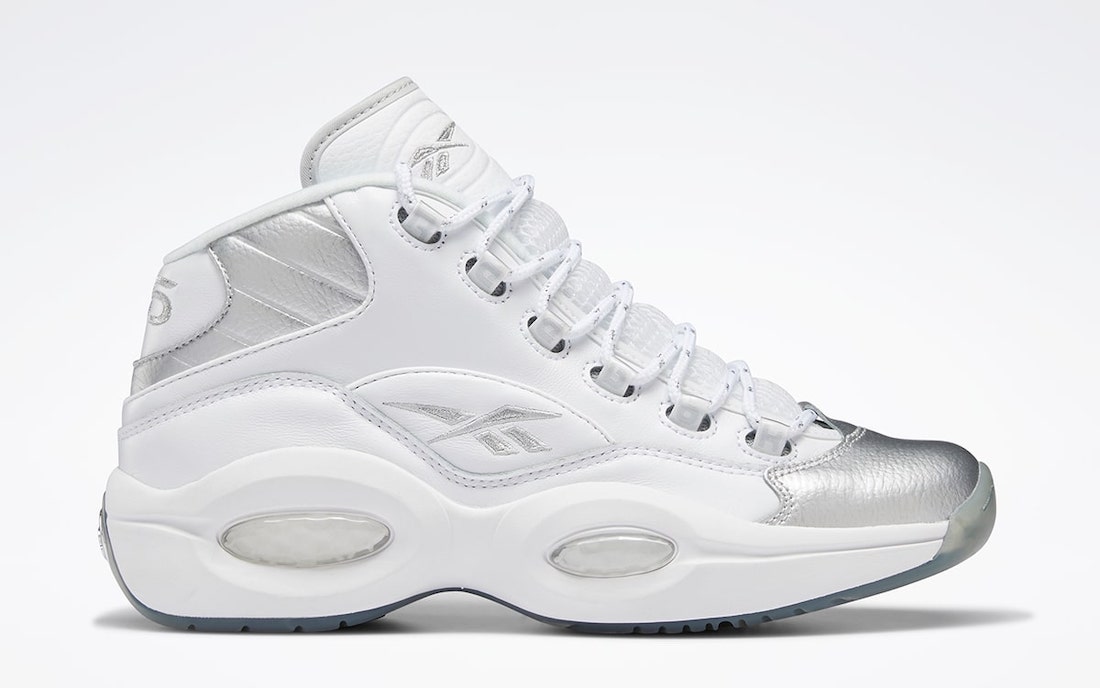 Reebok is celebrating the 25th Anniversary of Allen Iverson’s rookie season a bit later than expected. A special Question Mid will debut that was expected to launch in 2021. However, due to the pandemic, the release will debut in 2022.

This Reebok Question Mid utilizes White smooth leather on the base while Metallic Silver tumbled leather on the toe box and collar. Chrome adorns the number 3 on the heel while 25 is embroidered on the right heel. Other details include a White midsole and a semi-translucent outsole with the brand’s tricolor Vector logo.

You can expect the Reebok Question Mid ‘25th Anniversary’ to release at select retailers and Reebok.com on February 17th. The retail price is $160. Continue to scroll below for more photos that will give you a closer look. 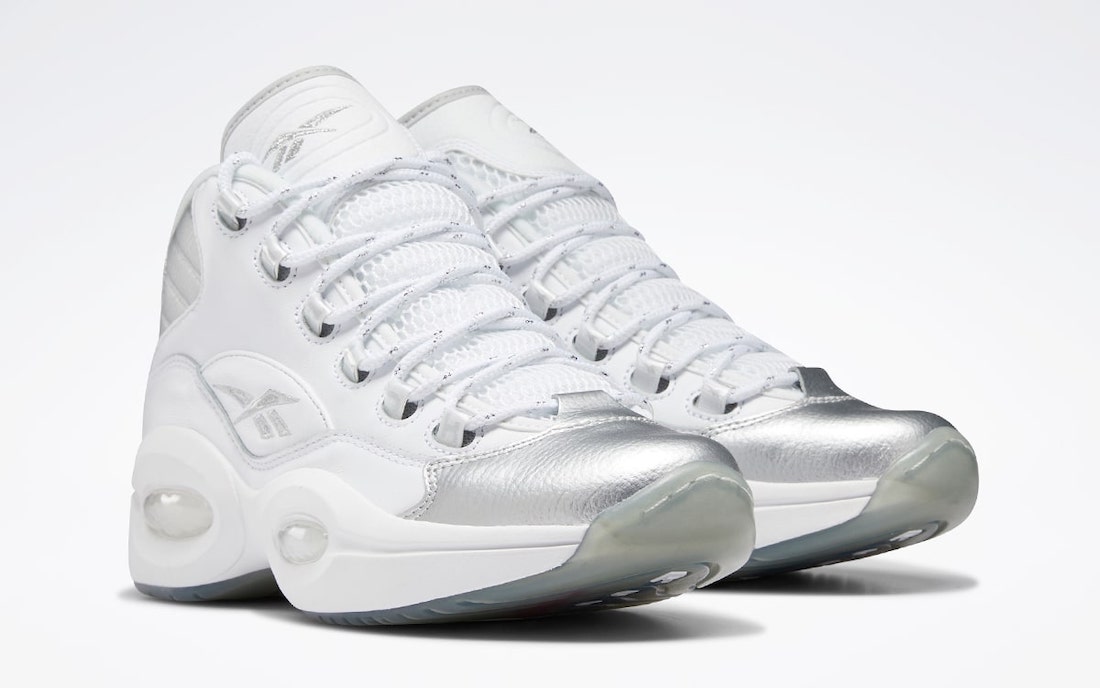 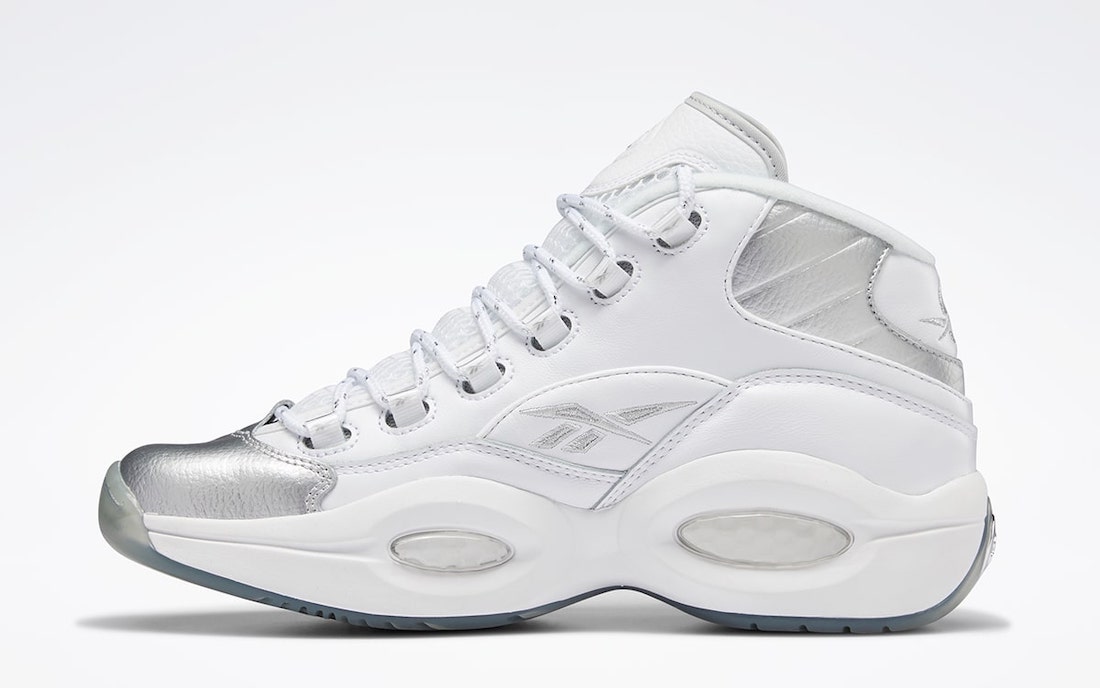 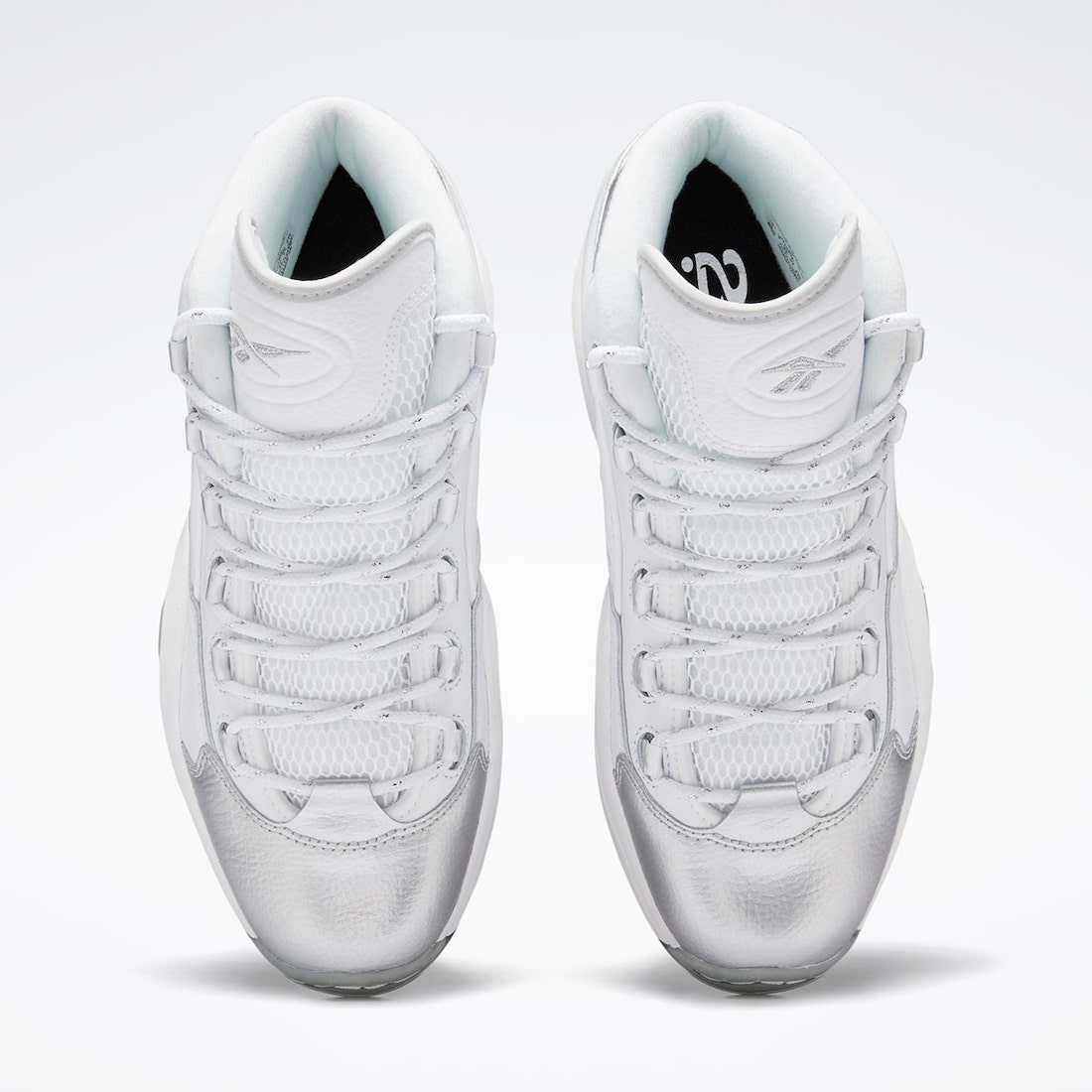 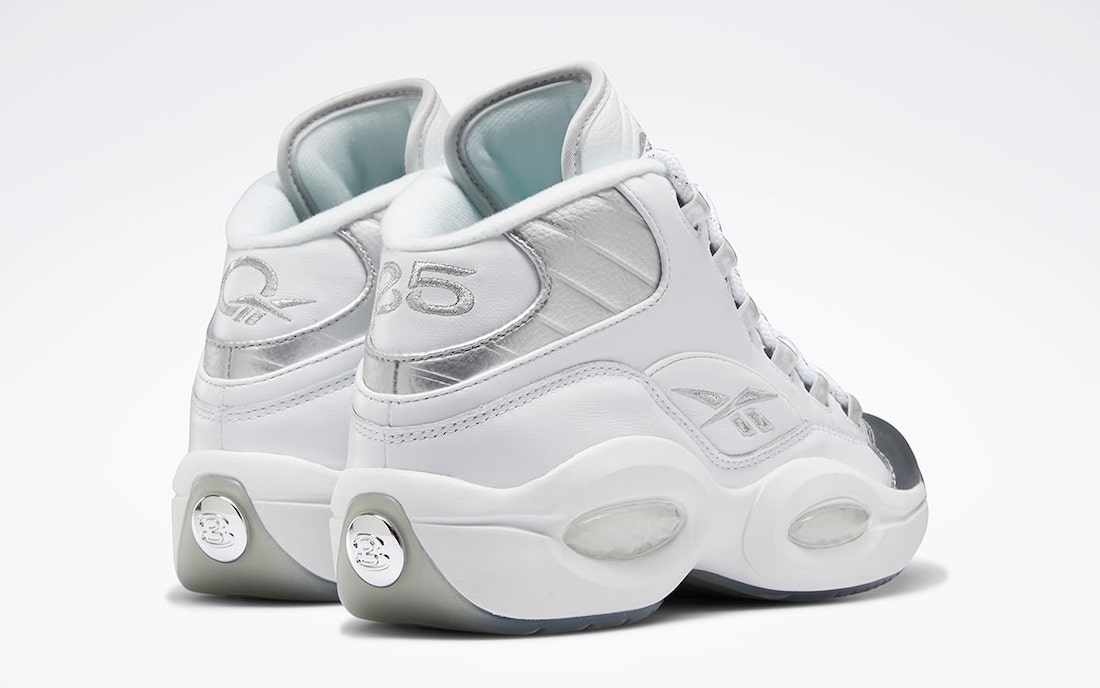 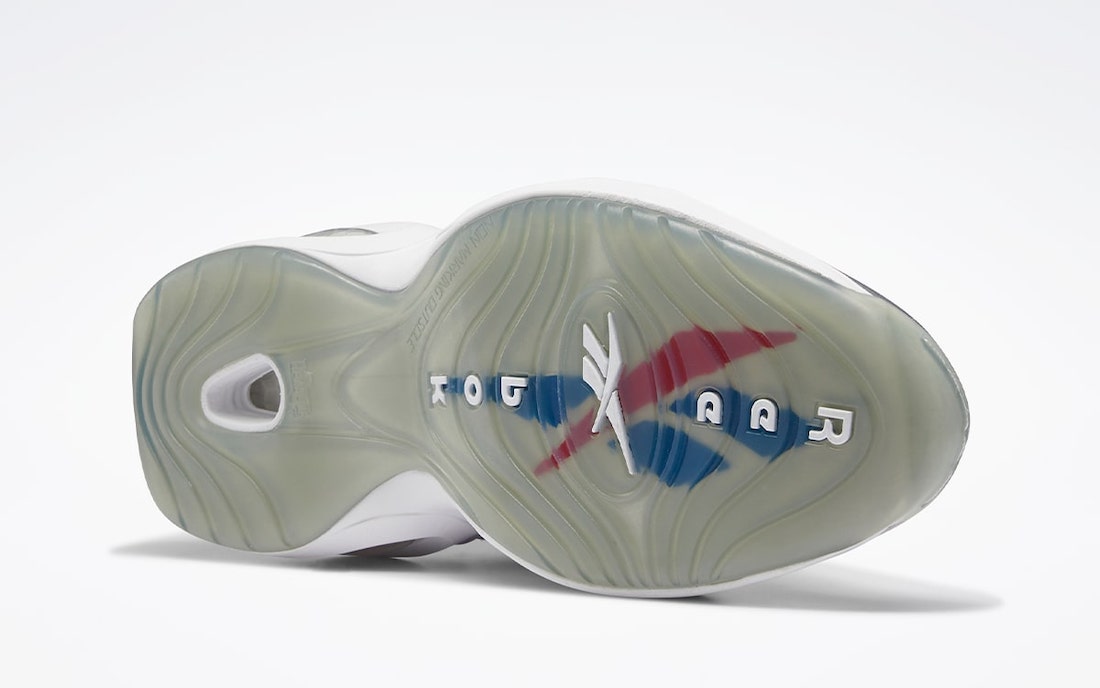 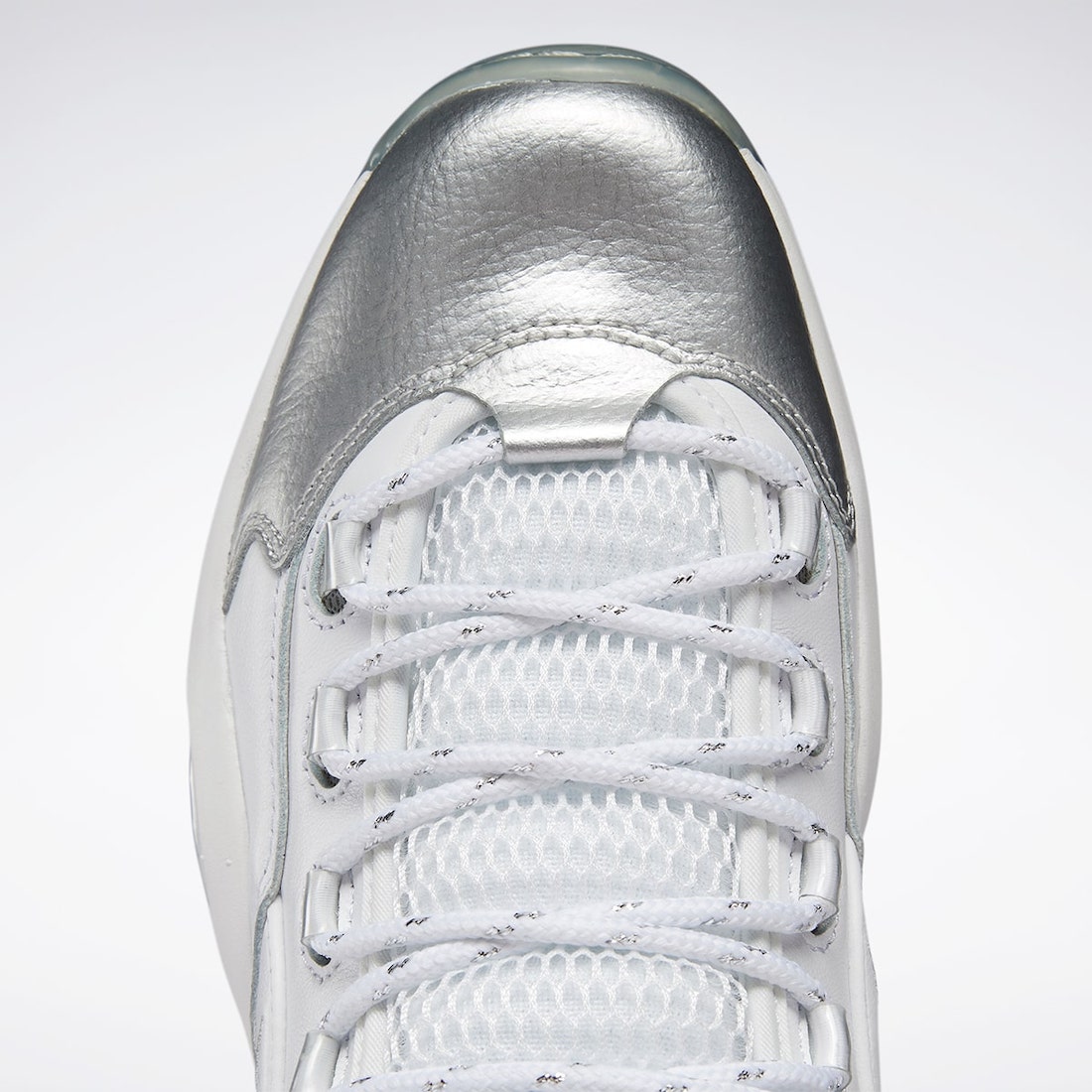