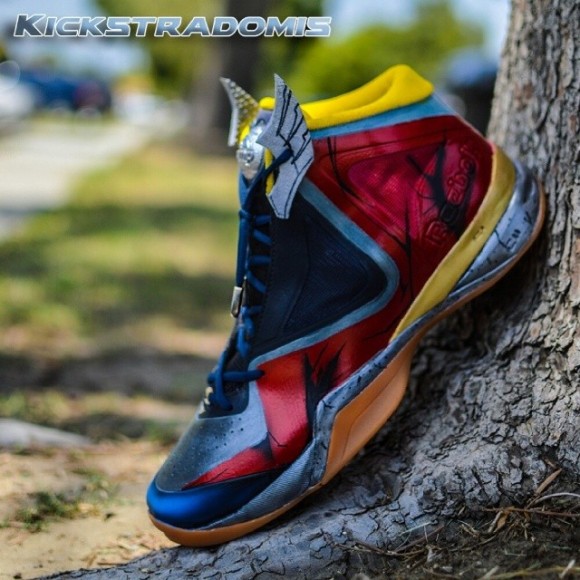 Kickstradomis keeps the customs coming by heading down a slightly different path with his custom sneaker themes as a follow up to his Kobe VIIs “Green Lantern” shoes. This time around the Artistic Soles member has whipped up a pair of Reebok classics in a marvelous, Thor theme.

The Reebok Pump “Thor” customs by Kickstradomis incorporate the gold, red and blue tones related to Thor throughout the uppers, along with Thor insignia. The uppers are dominated by a deep red, which includes a graphic print on the overlaying panels. A metallic, gun metal grey covers the toe box and lacing holes, and contributes to the framing of the busy midfoot. Blue takes over the toe caps and on the rear under the yellow mesh lining, while a yellow gold takes its place on the mudguard. A cracked cement pattern appears on the rest of the midsole, and is finished off with a soft orange toned outsole. Paying further homage to Thor, Kickstradomis placed armored wings at the top of the lacing. Other details include metallic silver aglit tips for the navy blue lacing, and coordinating branding on the tongues.

Kickstradomis is not letting up anytime soon with his custom shoes! He currently has 3 themed custom projects going on, like the DC Comics and Nintendo series, so if you have ideas for custom sneaks, hit him up! More shots of the “Thor” Reebok Pumps down below! 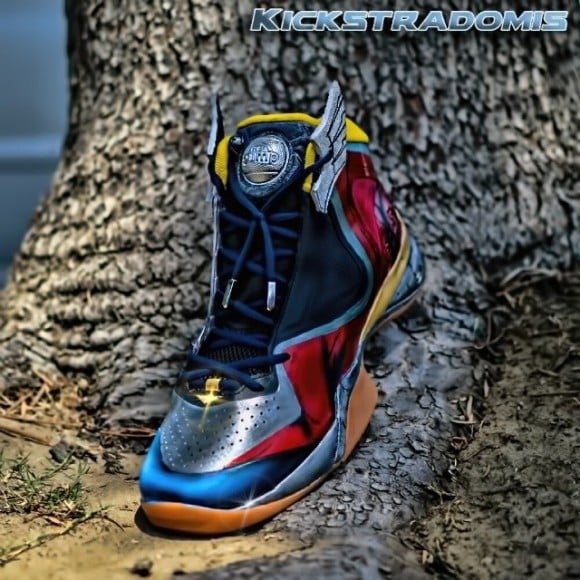 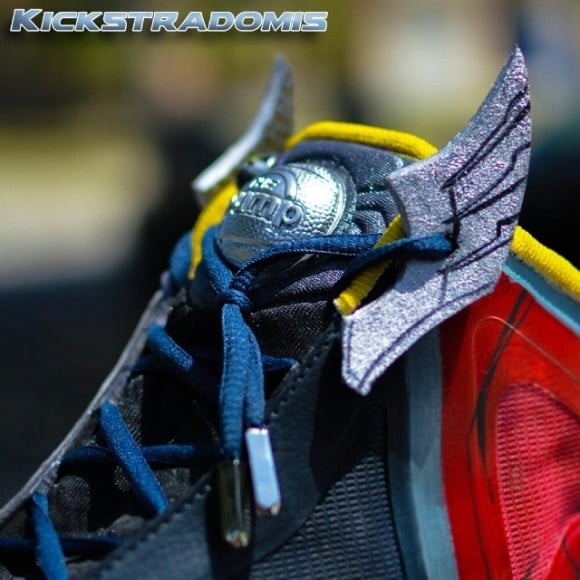