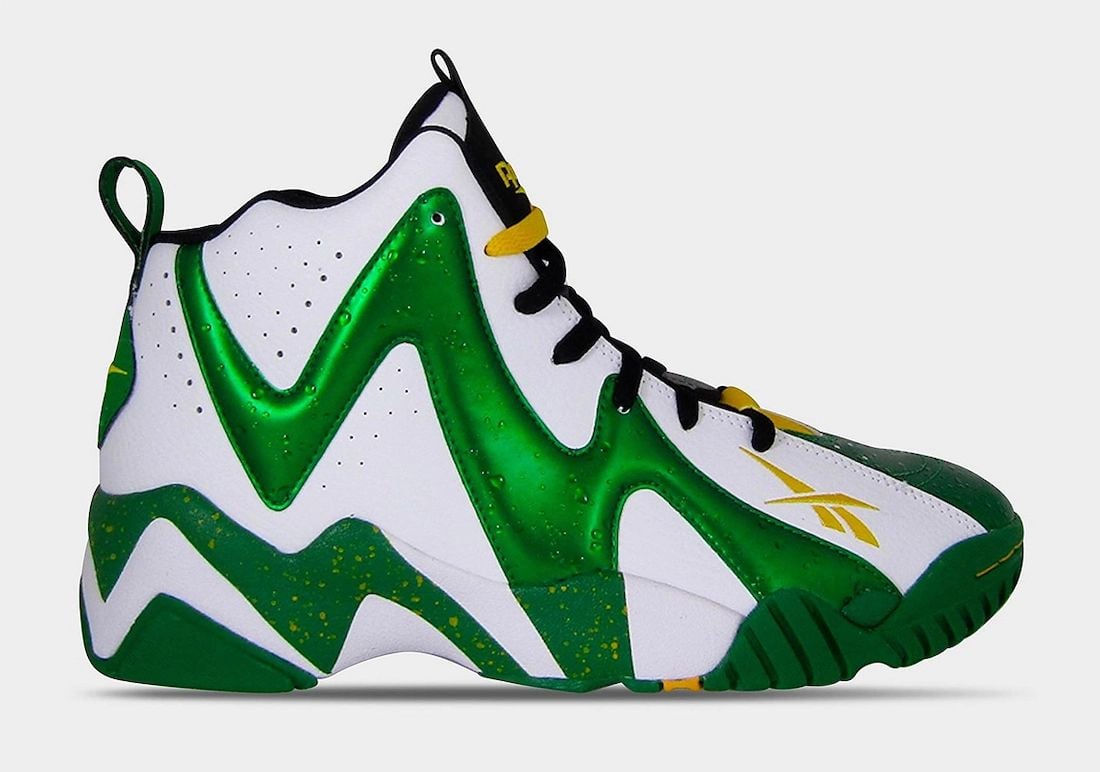 Reebok will release a new yet familiar colorway of Shawn Kemp’s Kamikaze II. Next up, we have a pair dressed in Seattle Supersonics colors with a few added details.

This Reebok Kamikaze II features White leather on the base while Metallic Green lands on the overlays with water droplets that connects to Kemp’s nickname, the ‘Reign Man.’ Golden Yellow is speckled on the Green areas of the midsole, hits the branding and other small details. Lastly, a Green, White, and Yellow rubber outsole complete the look.

You can expect the Reebok Kamikaze II ‘Sonics’ to release at select retailers like Finish Line and Reebok.com on April 15th. Once we have more information, we will make sure to update you. For now, scroll below for more photos that will give you a closer look. 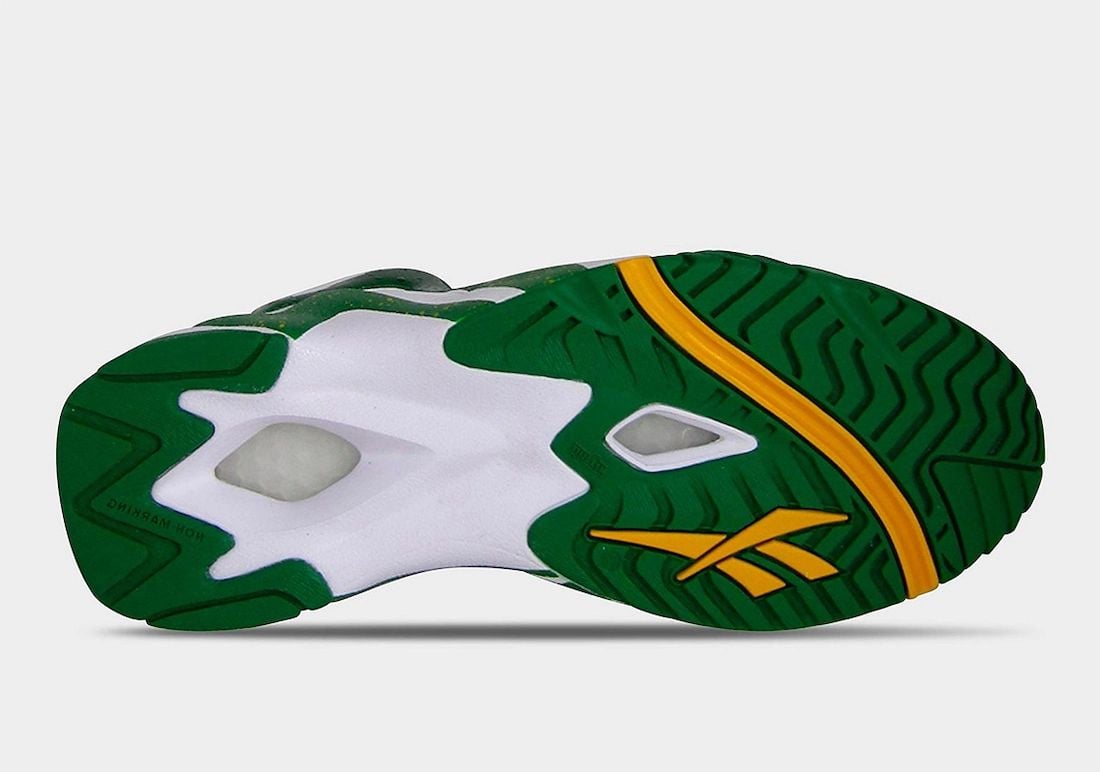