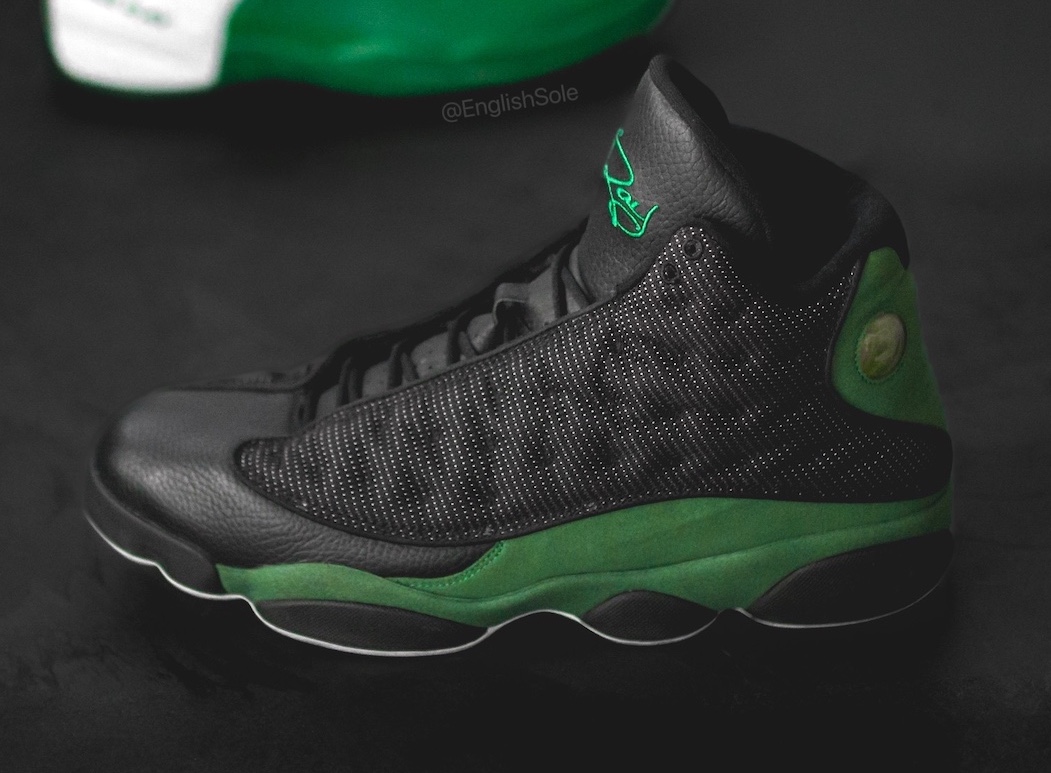 When it comes to “Best Jordan 13s,” Ray Allen’s white and green 13s released at House of Hoops in 2011 top many lists. Over the years it’s easily become one of the most coveted Jordan 13s to ever hit retailers. So it’s not very often we get to actually see some of the alternate versions Ray wore while he was still playing.

Thanks to English Sole, we now have a detailed look at Ray Allen’s Air Jordan 13 ‘Alternate’ PE that he wore against the Cleveland Cavaliers in 2012.

This Air Jordan 13 features the classic ‘Bred’ Air Jordan 13 color blocking but exchanges Bulls Red with Celtics Green. Next, Black tumbled leather adorns the toe box and tongue while 3M reflective detailing appears on the panels. But what stands out most about this pair is the obligatory Ray Allen branded embroidery on each of the tongues.

Though Jordan Brand has gone on to release various different colors using this color blocking, this pair Ray Allen wore back in the day is one collectors have been hoping would release for some time now.

Below, you can check out more photos of Ray Allen’s Air Jordan 13 ‘Alternate’ PE that will give you a closer look. 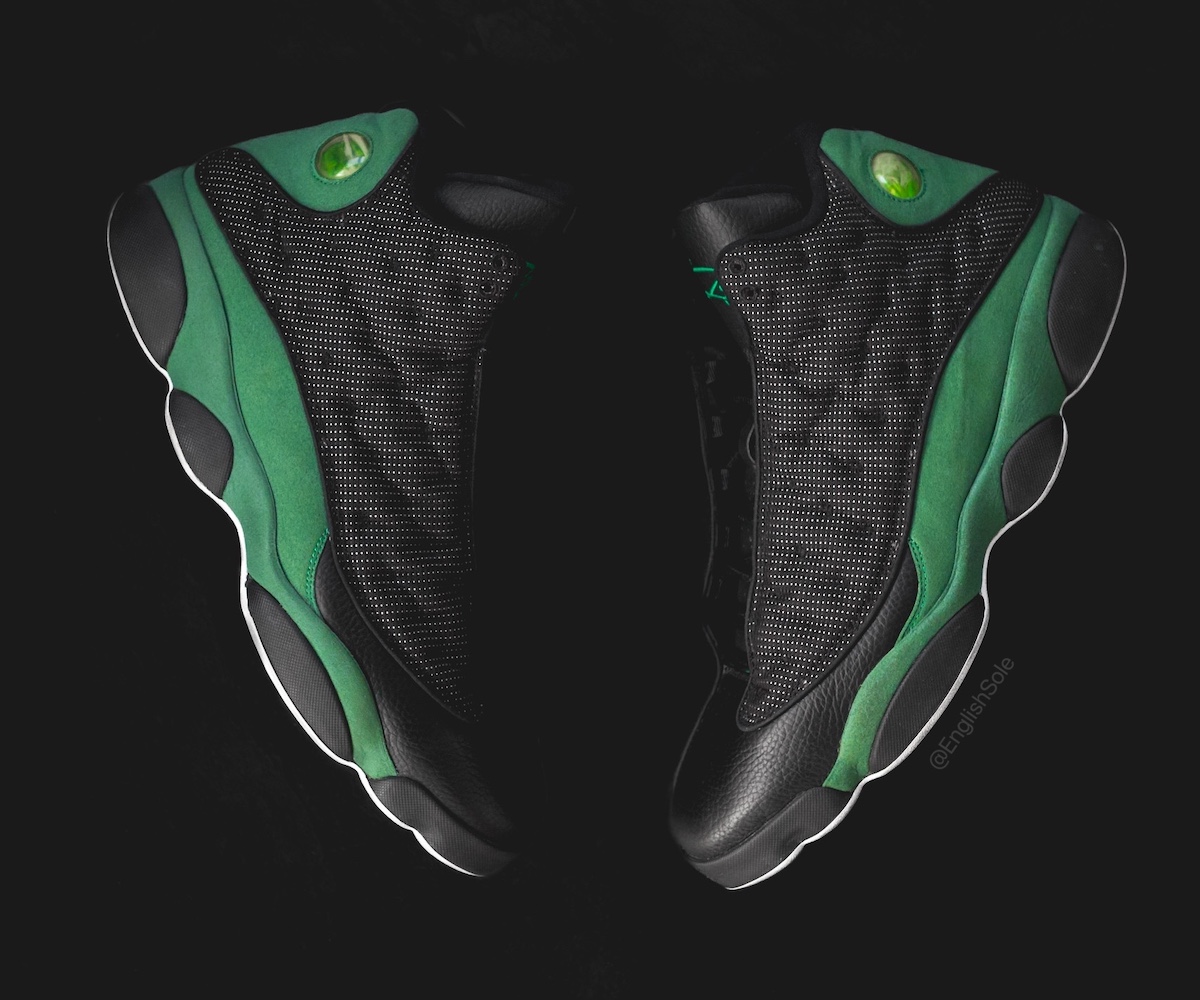 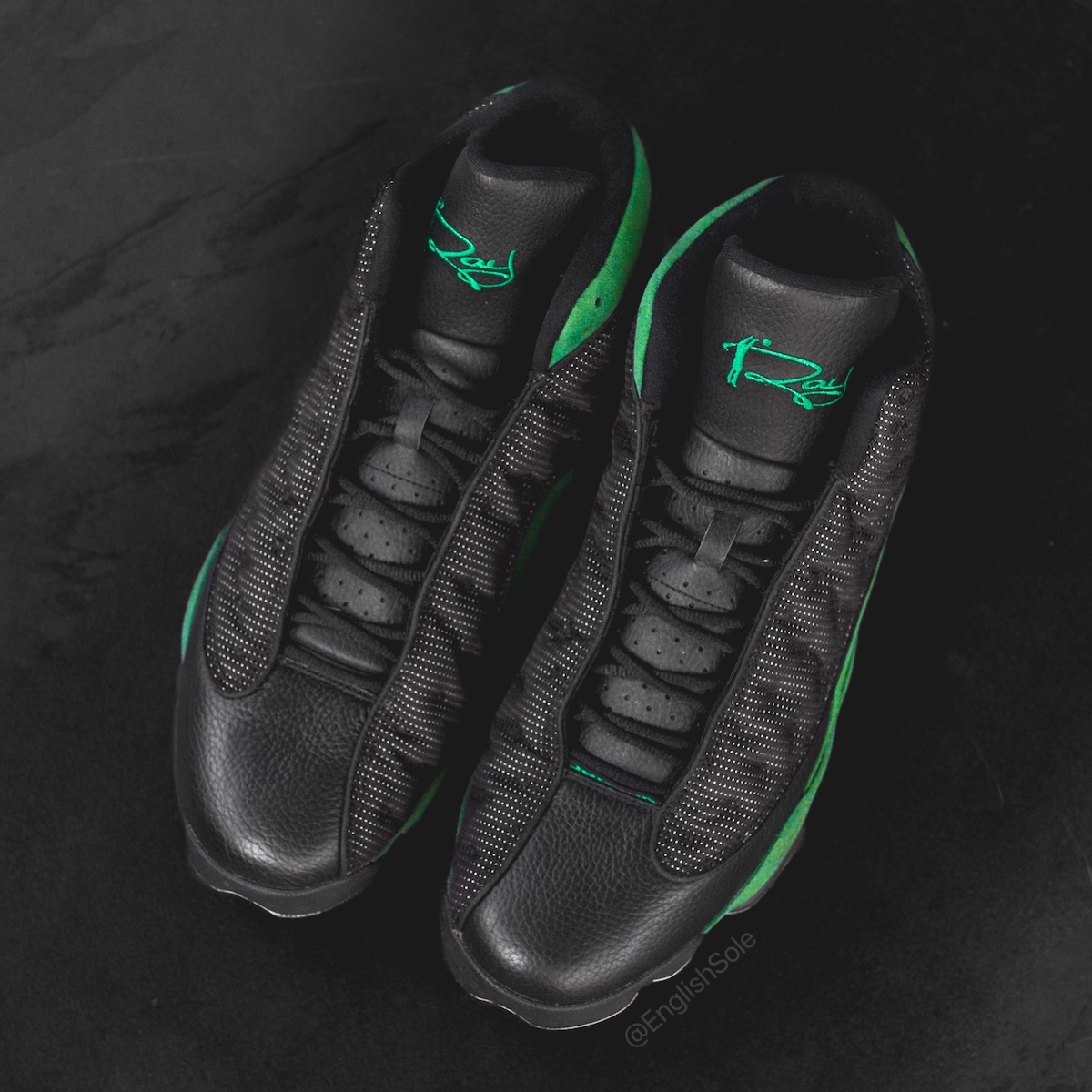 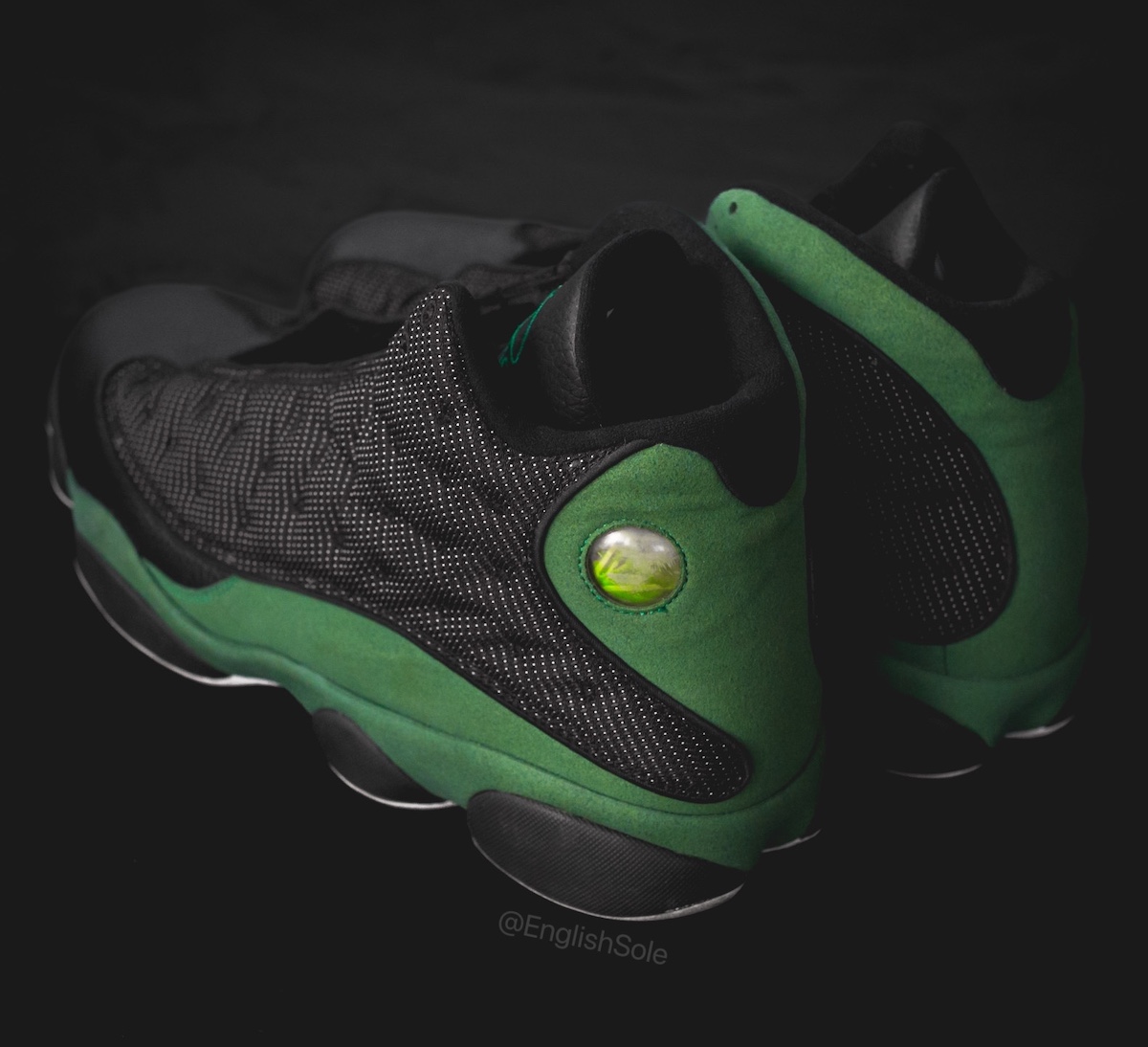 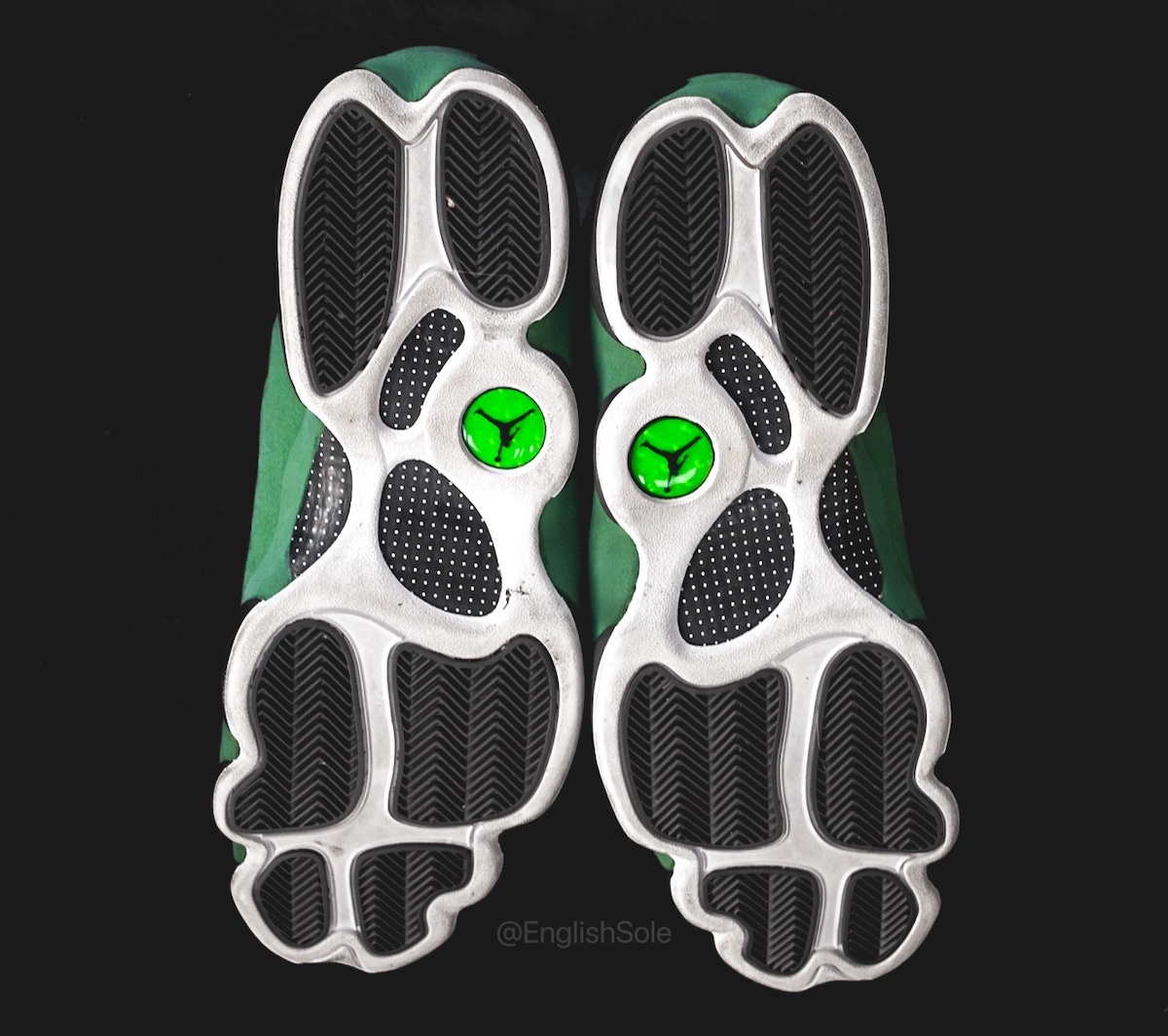 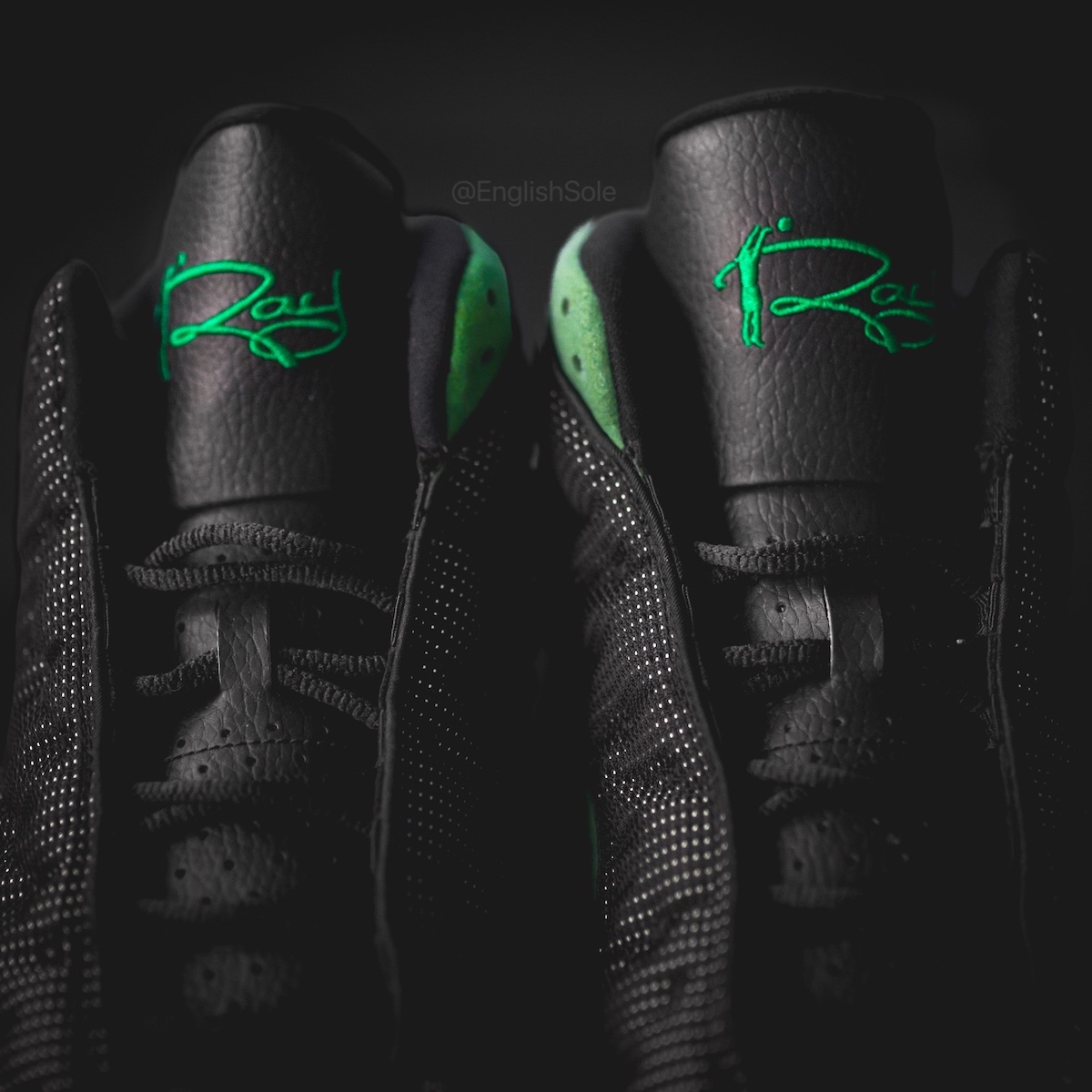 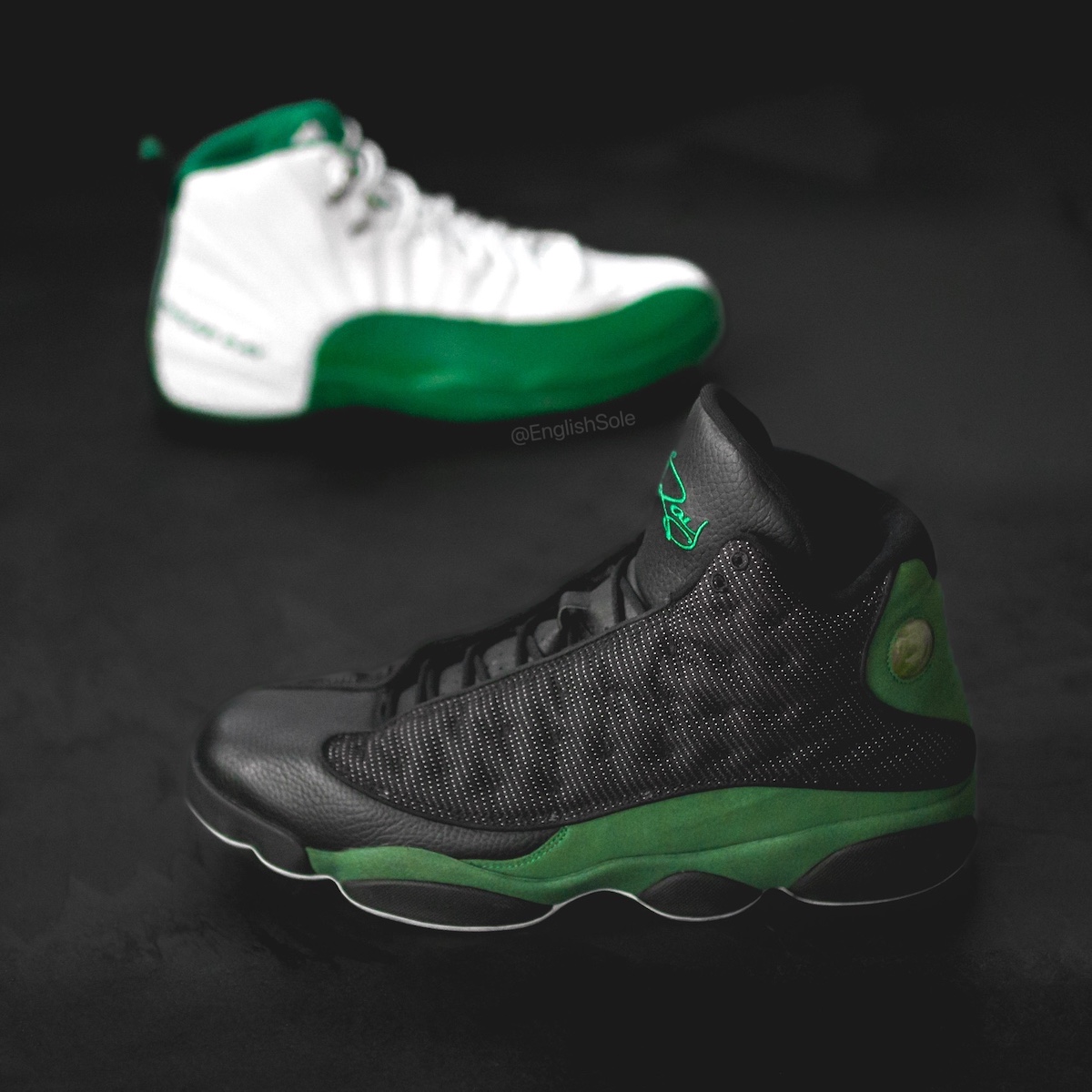